Kim Yo Jong says Washington must change its stance toward Pyongyang 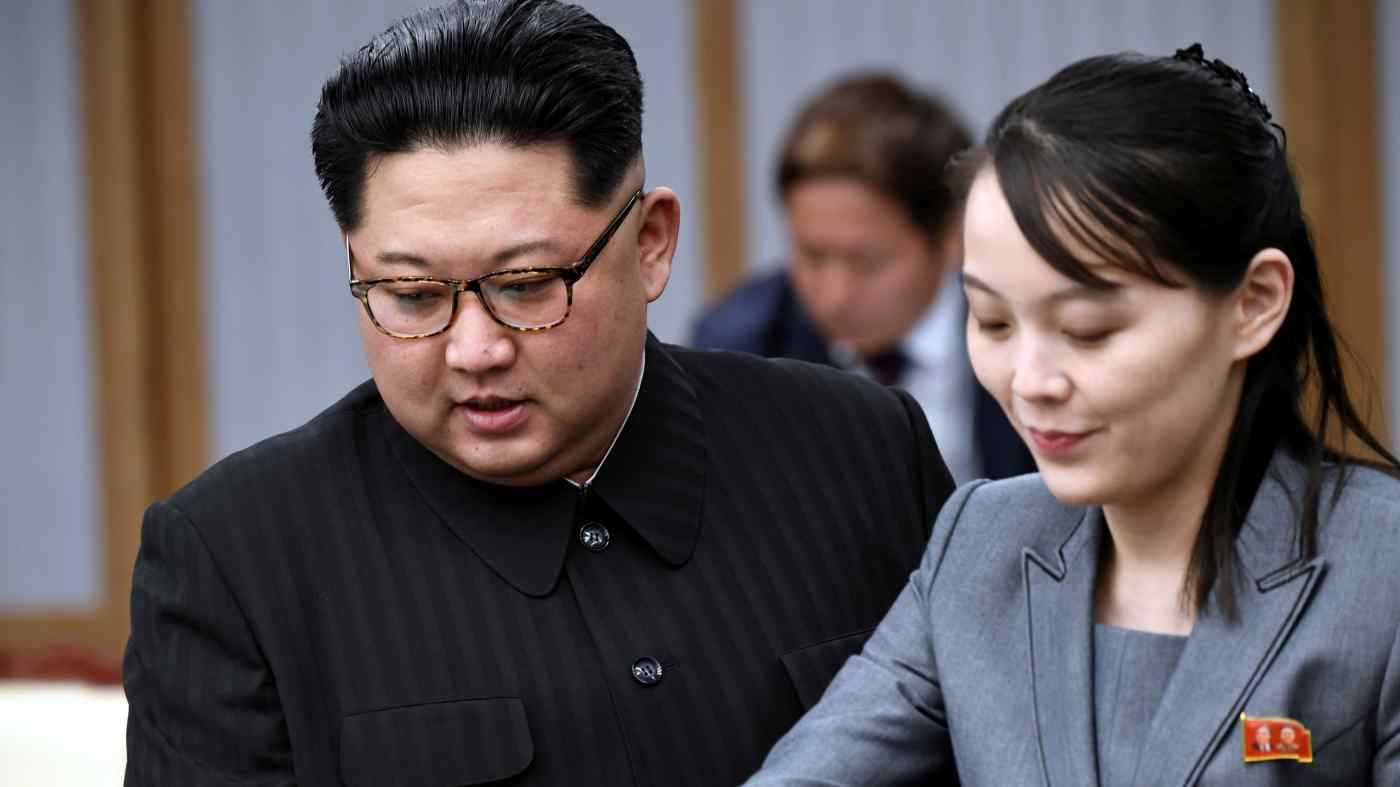 BEIJING (Kyodo) -- A summit between North Korea and the United States is unlikely to take place this year unless Washington changes its stance toward Pyongyang, leader Kim Jong Un's sister and close aide Kim Yo Jong said Friday.

The first vice department director of the Central Committee of the Workers' Party of Korea also said in a statement carried by the state-run Korean Central News Agency that North Korea cannot denuclearize now with its talks with the United States stalled over sanctions relief.

The statement came a day after South Korea urged U.S. Deputy Secretary of State Stephen Biegun, special representative for the North, to continue pushing for a resumption of nuclear negotiations between Washington and Pyongyang.

Biegun visited Seoul and talked with South Korean government officials on Thursday about how to move the Korean Peninsula "peace process" forward, according to President Moon Jae In's office.

Kim Yo Jong's remarks indicate that North Korea may be waiting to see whether Donald Trump remains in the White House after November's presidential election.

As long as North Korea and the United States are at odds over several issues that cannot be resolved, it is "useless" for Pyongyang to hold a summit with Washington, Kim Yo Jong said, although she added her brother has "undoubtedly" respected Trump.

Given that the two leaders have "specially close relations," Pyongyang has refrained from taking provocative actions that Washington "extremely" fears, such as a nuclear test and a test-firing of an intercontinental ballistic missile, she suggested.

But Pyongyang "cannot accept" a summit with Washington this year even if the United States hopes for one, as it is "time-consuming" for Kim Jong Un to sit face-to-face with American people who are too afraid to grapple with new challenges, she said.

Kim Yo Jong, meanwhile, said she could not expect what will happen as it depends on decisions and determinations by the two leaders.

She said that North Korea's denuclearization would be realized if the United States implements "irreversible grave measures." Kim Yo Jong added she does not bear sanctions relief in mind, but did not elaborate on what Pyongyang wants Washington to do.

At their first-ever summit in June 2018 in Singapore, Trump promised Kim Jong Un that Washington would provide security guarantees to Pyongyang in return for "complete" denuclearization of the Korean Peninsula.

Trump and Kim Jong Un, however, fell short of bridging the gap between Washington's denuclearization demands and Pyongyang's calls for sanctions relief at their second summit in the Vietnamese capital Hanoi in February last year.

After the collapse of the meeting, North Korea has test-fired what appear to be short-range ballistic missiles in defiance of U.N. Security Council resolutions, while pledging to bolster its nuclear deterrence to counter the United States.

During the Korean War, which began on June 25, 1950, with a North Korean invasion, the United Nations forces led by the United States fought alongside the South against the North, supported by China and the Soviet Union, Russia's predecessor state.

Hostilities ceased with an armistice agreement signed on July 27, 1953, by the U.S.-led U.N. Command, North Korea and China. Since then, conflict between Washington and Pyongyang has continued.