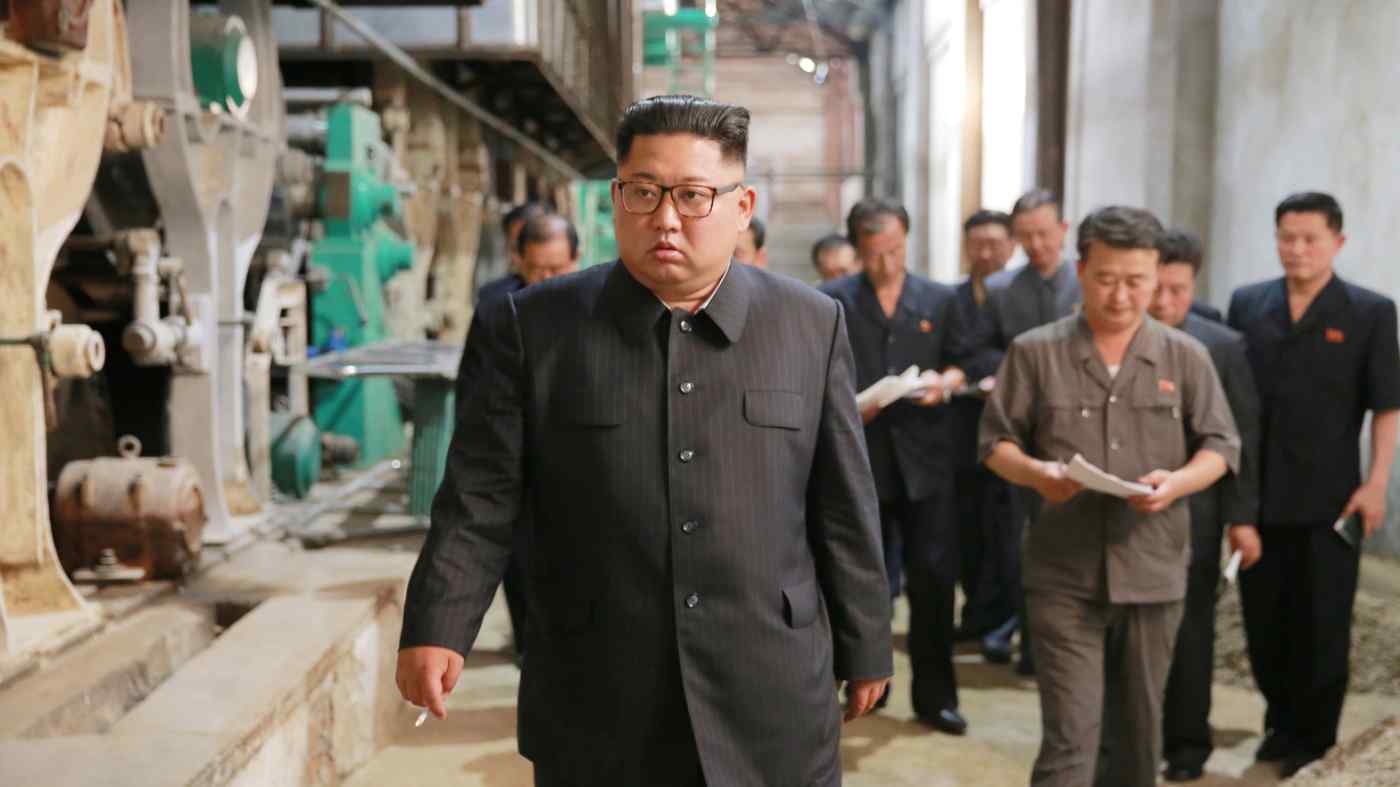 SEOUL/WASHINGTON -- U.S. trust in North Korea's professed commitment to denuclearization is being challenged as reports emerge that Pyongyang continues to build up production and research facilities and plans to conceal the full extent of its arsenal.

Sung Kim, the U.S. ambassador to the Philippines and a former envoy to South Korea, met Sunday with North Korean Vice Foreign Minister Choe Son Hui at the border village of Panmunjom in the demilitarized zone that divides the Korean Peninsula. This marked the first meeting of officials from the two countries since the June 12 summit between U.S. President Donald Trump and North Korean leader Kim Jong Un.

The American side delivered a message from Secretary of State Mike Pompeo to Kim Yong Chol, vice chairman of the ruling Workers' Party of Korea, according to South Korea's Yonhap News Agency. Pompeo likely urged Pyongyang to take concrete steps toward denuclearization and repatriate the remains of American soldiers, based on the joint statement Trump and Kim signed last month.

Pompeo will depart for North Korea on Thursday for high-level talks with Kim Jong Un and his team, White House Press Secretary Sarah Sanders said at a daily press briefing on Monday.

Trump has signaled optimism about the prospects for North Korean denuclearization, even asserting that the process has already begun. But recent U.S. intelligence suggests the North is moving in the opposite direction.

The Wall Street Journal wrote in its Monday edition that North Korea has worked during the past two months to expand a missile manufacturing facility in the city of Hamhung, according to an analysis of satellite images by the U.S.-based Middlebury Institute of International Studies. 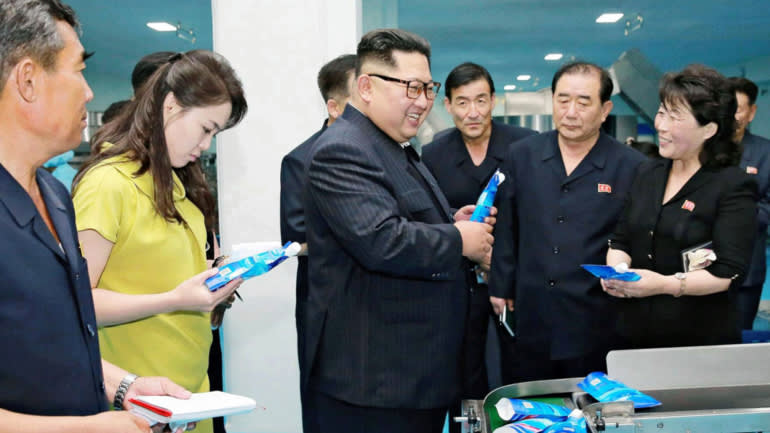 Kim Jong Un and his wife inspect a cosmetics factory close to the northern border with China, in a photo released July 1. (KCNA/Kyodo)

The U.S. Defense Intelligence Agency has concluded that Pyongyang does not intend to disclose the full extent of its nuclear program and is considering ways to conceal warheads and production facilities, the Washington Post reported Saturday.

Asked on Monday, Sanders said the White House can "neither confirm nor deny" the intelligence reports.

In an interview that aired Sunday on CBS, national security adviser John Bolton recognized the risk of North Korea using negotiations to buy time to continue its nuclear, missile and other weapons development.

"There's not any starry-eyed feeling" among negotiators, he said.

Bolton said Washington has developed a plan to dismantle all of these programs in a year if the North Koreans "have the strategic decision already made to do that and they're cooperative." North Korea ready to iron out technical matters with Pompeo

Japan is "gathering and analyzing information on North Korea's nuclear development with serious concern," Chief Cabinet Secretary Yoshihide Suga told reporters Monday. He declined to comment on the nature of the intelligence.

Meanwhile, North Korean media have touted Kim's focus on the economy. The Korean Central News Agency reported for three straight days through Monday on the leader's visits to factories in the border city of Sinuiju. Kim chastised management at a textile mill for missing production targets and making excuses while failing to keep equipment running at full capacity, the state-run news agency said.

Kim's June 19-20 trip to China included a visit to an agricultural research facility. The North Korean leader also may have visited a planned development zone near the border as he pursues economic cooperation with China. The North's vice minister of external economic affairs traveled to Beijing on Monday.

China has shown interest in working with its neighbor. Beijing proposed last week that the United Nations Security Council relax sanctions on Pyongyang, but the U.S. blocked the measure.