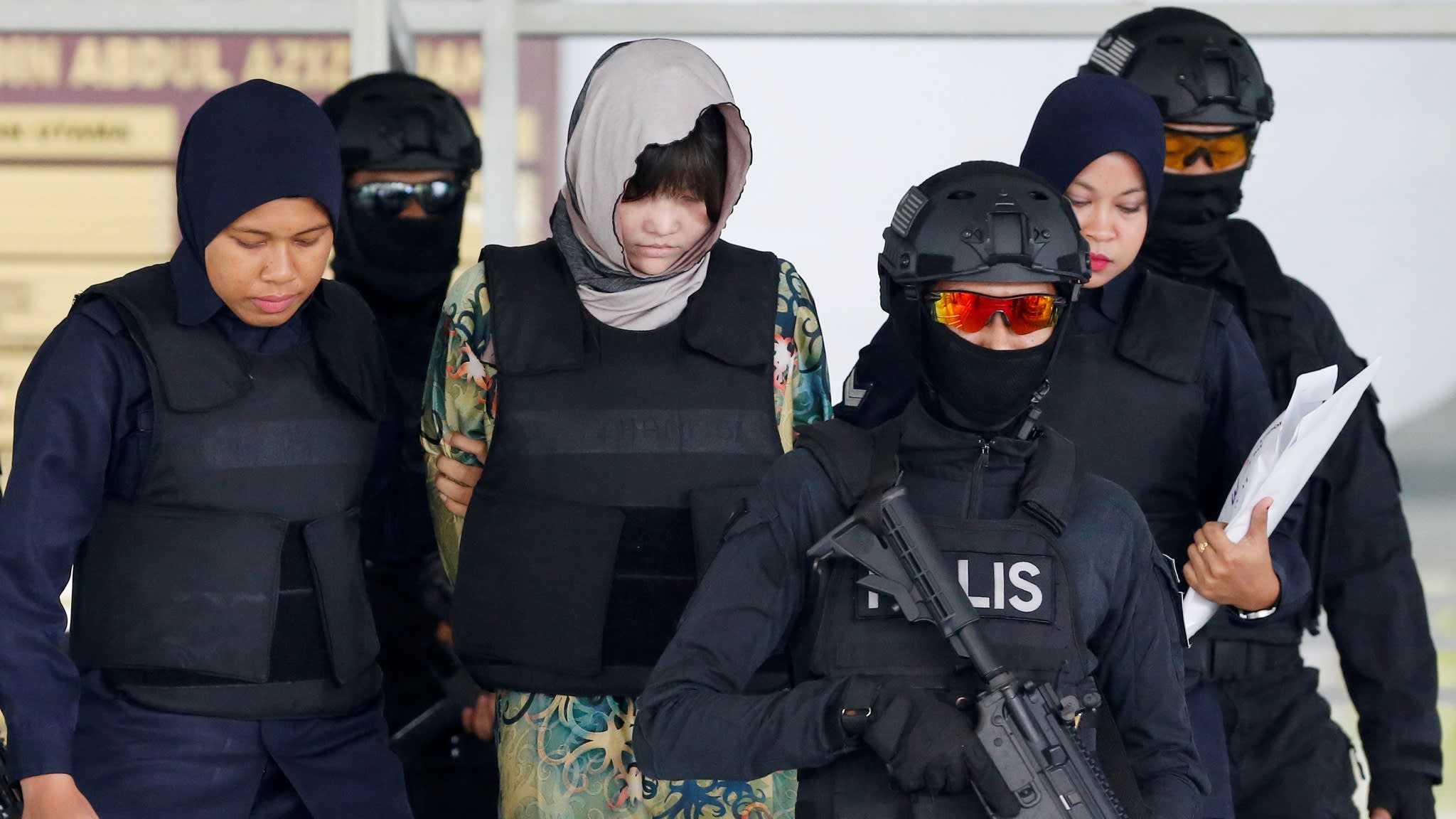 Doan Thi Huong, center, is escorted out of a courthouse in Kuala Lumpur on Aug. 16, 2018. She is one of two women on trial for the killing of Kim Jong Nam, half brother of North Korean leader Kim Jong Un.   © Reuters
TAKASHI NAKANO, Nikkei staff writerFebruary 13, 2019 03:16 JST | North Korea
CopyCopied

KUALA LUMPUR -- North Korea and key members of the Association of Southeast Asian Nations are finally starting to mend fences two years after the murder of North Korean leader Kim Jong Un's half brother in Malaysia.

Diplomatic tensions had flared after the incident as Southeast Asian countries bristled at their own citizens being dragged into the affair. A Vietnamese woman and an Indonesian woman have been charged with killing Kim Jong Nam at Kuala Lumpur International Airport by smearing VX nerve agent on his face.

The murder drove a deep wedge into diplomatic and economic ties between North Korea and Malaysia, which shut down its embassy in Pyongyang.

Four North Koreans are also wanted for the murder. But all fled Malaysia shortly afterward, making the North's involvement difficult to prove.

The tide began to shift when Kim Jong Un met with U.S. President Donald Trump in Singapore last June. Southeast Asia has since toned down its criticism of North Korea and is watching for developments in the country's negotiations with Washington.

North Korea itself is working to win back traditionally friendly countries in the region, such as through sending Foreign Minister Ri Yong Ho to visit Vietnam. Vietnam will soon host the second Trump-Kim summit in its capital city of Hanoi in a show of thawing tensions with the North.

The trial for Kim Jong Nam's murder is also moving forward. The judge said in August that prosecutors had presented enough evidence to infer that the women were involved in a well-planned conspiracy. The pair will have a chance to defend themselves from mid-March to late June and could take the stand. What type of evidence they will present is unclear. A ruling is expected as early as summer.

Under current law, the women would be sentenced to death if convicted of murder. But Malaysian Prime Minister Mahathir Mohamad's government is expected to submit legislation abolishing capital punishment to the parliament in March at the earliest.