North Korea blasts US but admits Kim has chemistry with Trump

Pyongyang blames 'gangster-like' demands for rift and refuses to yield 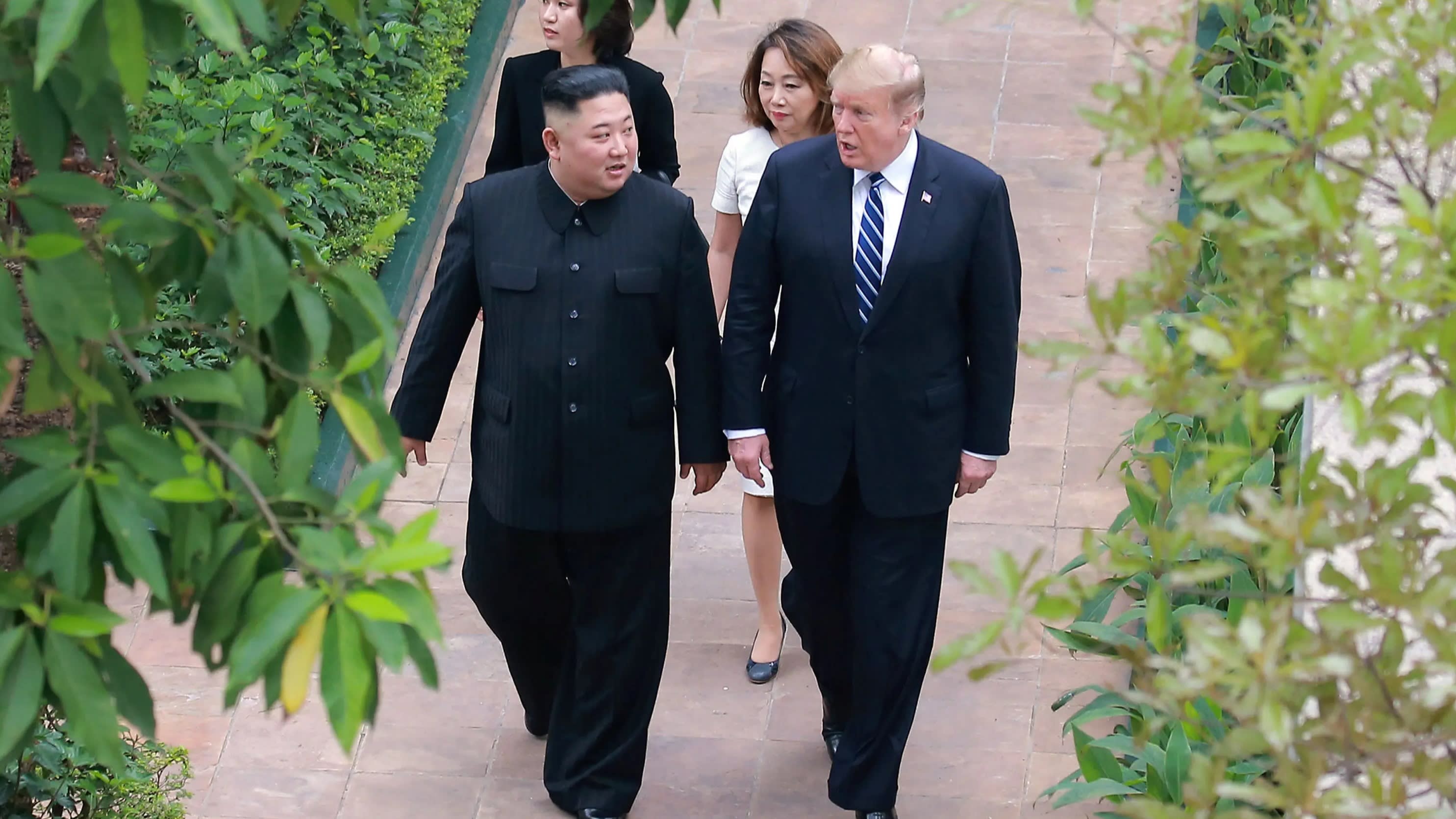 SEOUL -- North Korean leader Kim Jong Un will announce soon whether he will continue negotiations with the U.S., and may end a freeze on missile launches, a senior North Korean official said Friday, citing what she called hostility and inflexibility on Washington's part.

In a rare news conference open to foreign reporters and diplomats, Vice Foreign Minister Choe Son Hui laid the blame for the lack of results at last month's summit in Hanoi at the feet of the U.S.

"We have no intention to yield to the U.S. demands in any form, nor are we willing to engage in negotiations of this kind," she was reported as saying by Russian news agency Tass.

"I want to make it clear that the gangster-like stand of the U.S. will eventually put the situation in danger," she said, according to the Associated Press.

Her comments contrasted sharply with the official line on the summit in North Korean media, which trumpeted it as a success. The decision to delve now into the details of the meeting suggests Pyongyang sees a need to paint a different picture for foreign audiences. The news conference lasted nearly an hour, with journalists permitted no questions, according to AP.

Compared with her previous news conference in Hanoi directly after the meeting between Kim and U.S. President Donald Trump, Choe was more explicitly negative about the prospects for continuing talks with the U.S.

She also suggested that North Korea could resume missile and "satellite" launches, ending a self-imposed halt that lasted more than a year.

"Whether to maintain this moratorium or not is the decision of our chairman of the state affairs commission," she said, referring to Kim, adding that "he will make his decision in a short period of time."

Pyongyang has conducted no launches since the intercontinental ballistic missile test of November 2017. But the U.S. and South Korean governments have seen signs of missile production near Pyongyang and shipments of materials to the Tongchang-ri launch site. North Korea could change its tactics and go back to escalating tensions to put pressure on Washington.

Choe said that thousands of North Koreans, including members of the military and officials in the munitions industry, had sent petitions urging Kim not to give up his nuclear program, apparently to suggest that domestic opposition made it difficult to compromise.

And yet, she stressed, Kim went to Hanoi anyway to build trust.

"What is clear is that the U.S. has thrown away a golden opportunity," she said.

Choe noted that the relationship between Kim and Trump remains positive, saying that "the chemistry is mysteriously wonderful."

The Pyongyang delegation put forward a realistic proposal, and Trump said the U.S. could show some flexibility to reach an agreement, she said.

Choe said the document on which the U.S. sought to reach a deal included a provision to remove sanctions under the condition that they would be reimposed if Pyongyang updated its nuclear arsenal, an offer that the North Korean side was prepared to accept.

But U.S. Secretary of State Mike Pompeo and national security adviser John Bolton "created the atmosphere of hostility and mistrust and, therefore, obstructed the constructive effort for negotiations between the supreme leaders of North Korea and the United States," she said.

Bolton called this characterization "inaccurate" and said he had spoken with his South Korean counterpart about the accusations.

Pompeo expressed hope that talks would continue and emphasized the positive results so far, including the missile launch moratorium. But he stressed that United Nations sanctions require "the complete denuclearization of North Korea," including the elimination of its entire weapons of mass destruction program.