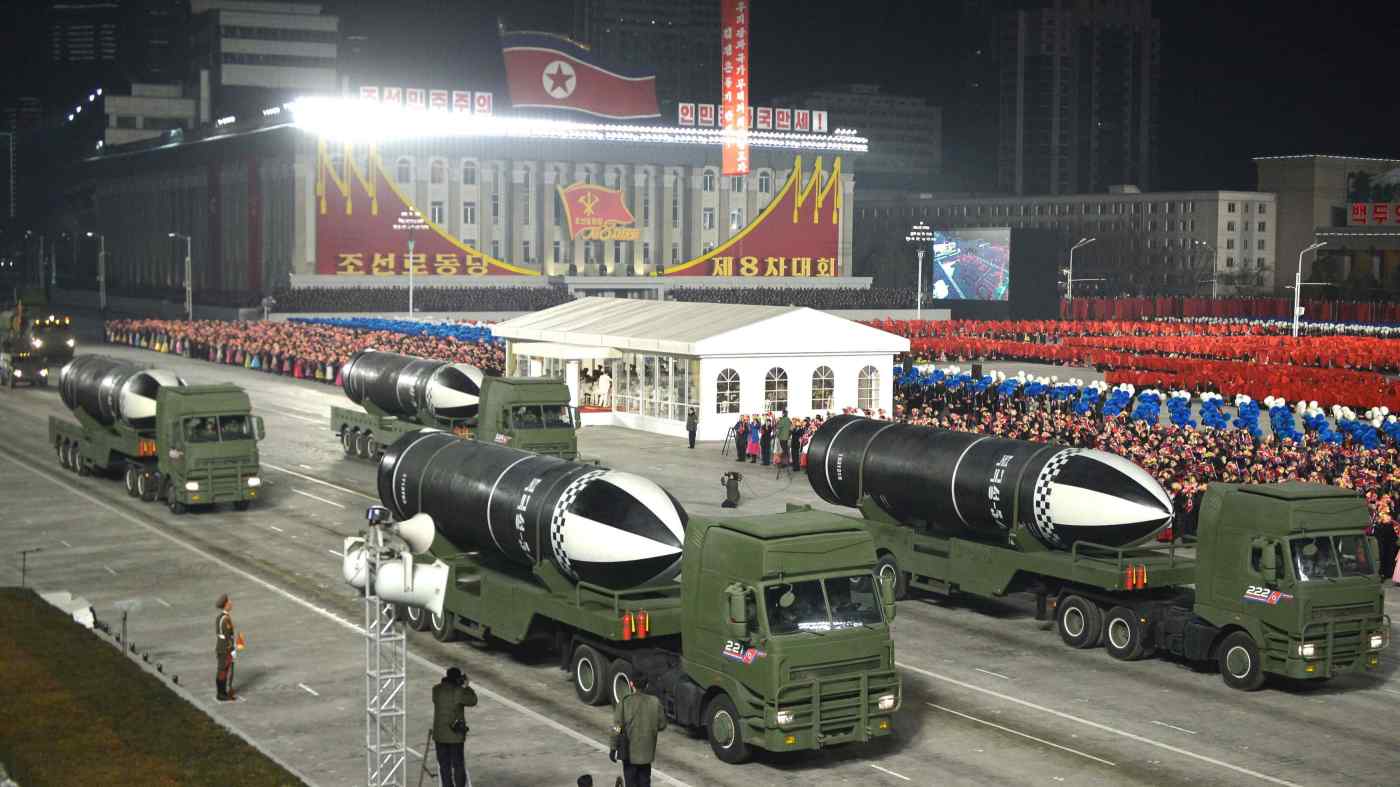 North Korea shows off a new type of submarine-launched ballistic missile (SLBM) during a military parade to mark the 8th Congress of the Workers' Party of Korea in Pyongyang on Thursday.   © KCNA/Jiji
GABRIELA BERNAL, Contributing writerJanuary 15, 2021 18:41 JST | North Korea
CopyCopied

SEOUL -- North Korea on Thursday displayed what it called "the world's strongest weapon" at a grand military parade in Pyongyang to mark the close of the isolated nation's Eighth Party Congress.

The unveiling of a new submarine-launched ballistic missile (SLBM) a week before the inauguration of Joe Biden as U.S. president shows North Korea is adopting an assertive posture toward the incoming administration.