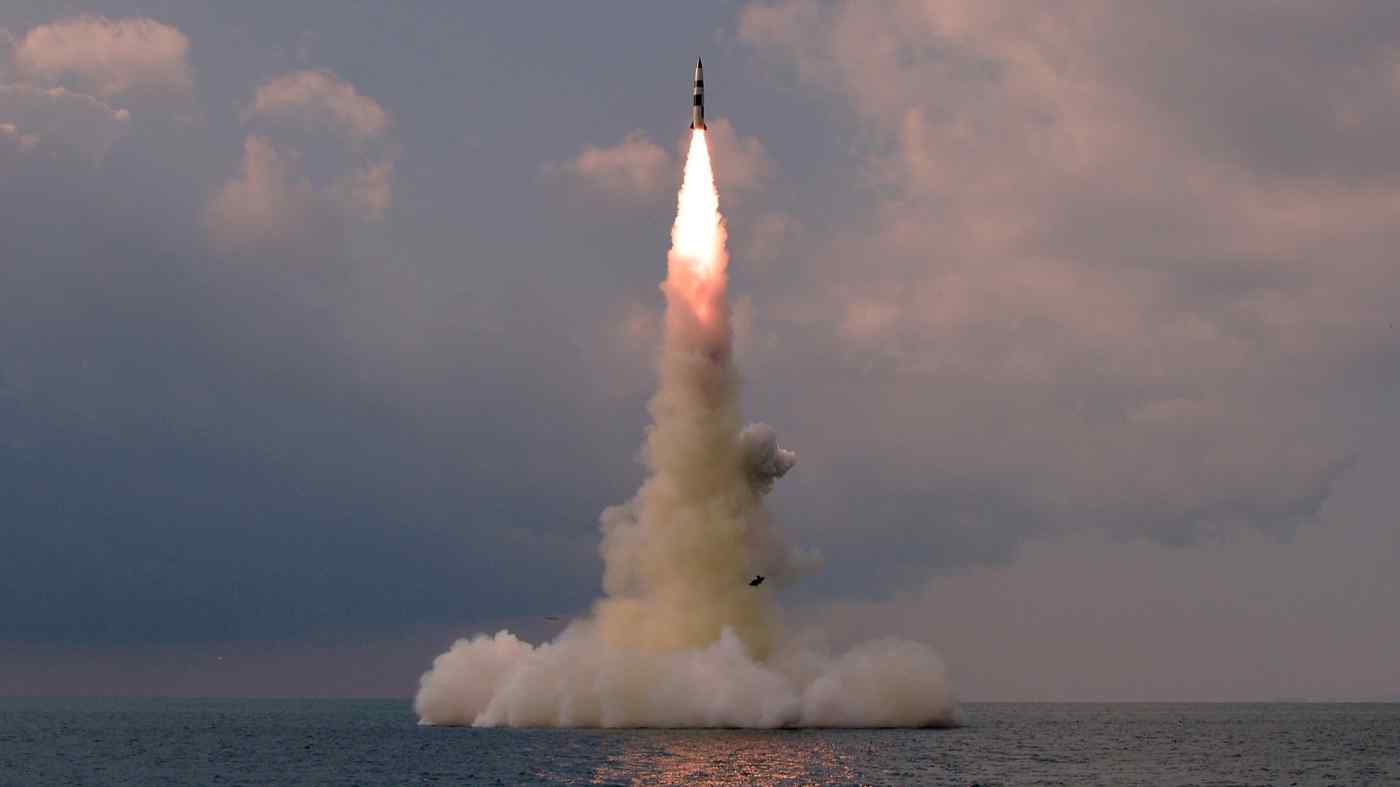 SEOUL -- North Korea claimed on Wednesday that it had successfully tested a submarine-launched ballistic missile (SLBM) on Tuesday, flexing its military muscles at a time when South Korea, the U.S. and Japan are discussing ways to pressure Pyongyang to come to dialogue.

The state-run Korean Central News Agency said the new missile has many advanced technologies, including pullup movement -- an irregular maneuver designed to avoid interception. It is the second time that Pyongyang has tested an SLBM from a submarine, having previously done so five years ago.