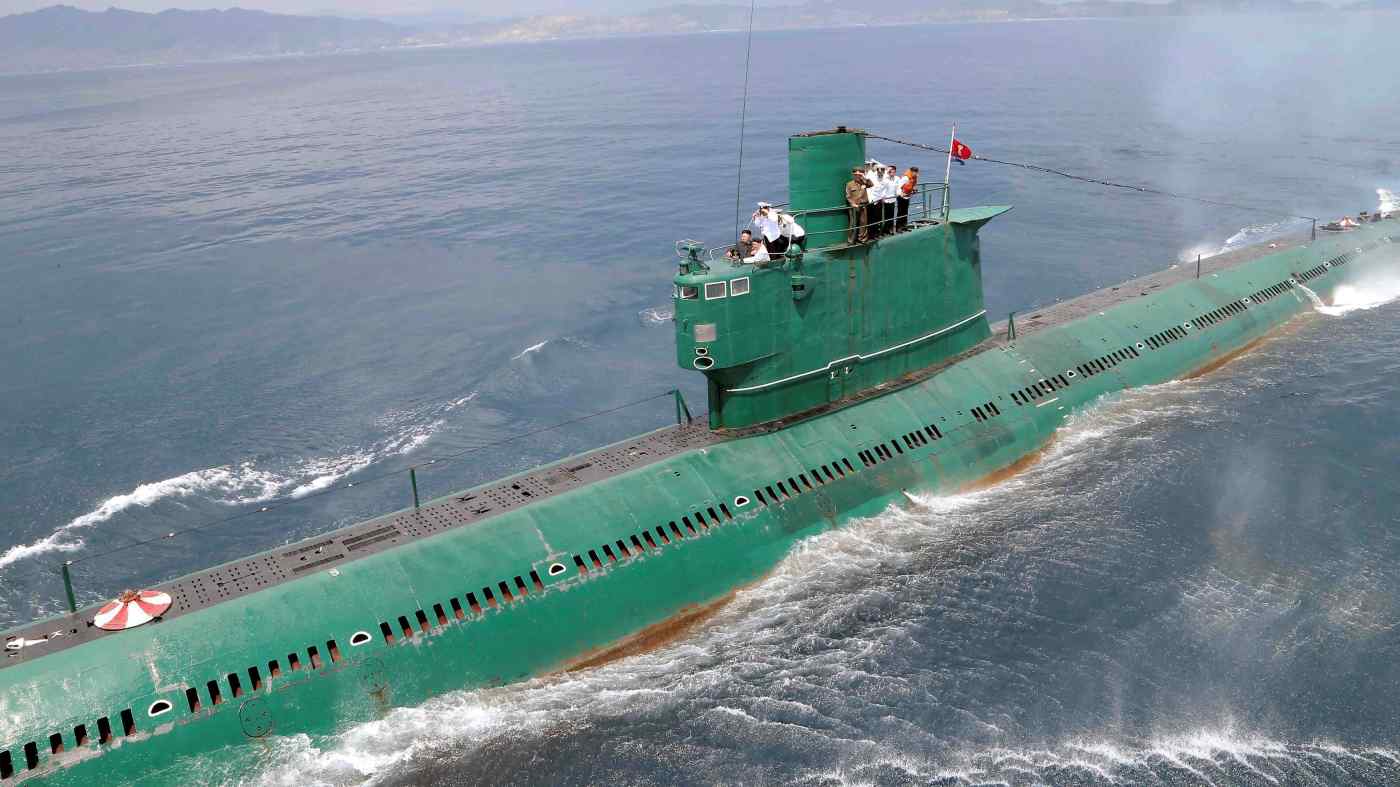 It said the intelligence authorities have determined that the 3,000-ton submarine, unveiled in July 2019, can carry three submarine-launched ballistic missiles, or SLBMs.

"The authorities assess that North Korea is reviewing the right timing to roll out the submarine for a strategic effect, including maximizing pressure against the United States," a source was quoted as saying.

The source added that the North could reveal the submarine at a launching ceremony and actually roll out an SLBM such as the Pukguksong-3.

The assessment comes after a U.S. think tank said the North has moved a submersible missile test barge at its missile test site to a different position, possibly indicating an upcoming SLBM test.

On March 26, 38 North, a U.S. website monitoring North Korea, reported that commercial satellite imagery of the Sinpho South Shipyard on the North's east coast indicates that a floating dry dock, normally moored at a nearby pier, has recently been repositioned alongside the construction hall's submarine-launch quay.

It said the move could indicate that the North's new ballistic missile submarine "may be nearing completion or is ready to be rolled out and launched in the near future."

The new submarine is believed to be a modified Romeo-class based on North Korean media reporting of Kim Jong Un's site visit in July 2019 to the construction hall to inspect work on it. The submarine is said to be about 80 meters long and 7 meters wide.

According to Yonhap, North Korea is also believed to have been developing a larger-sized submarine that is expected to be equipped with new SLBMs.