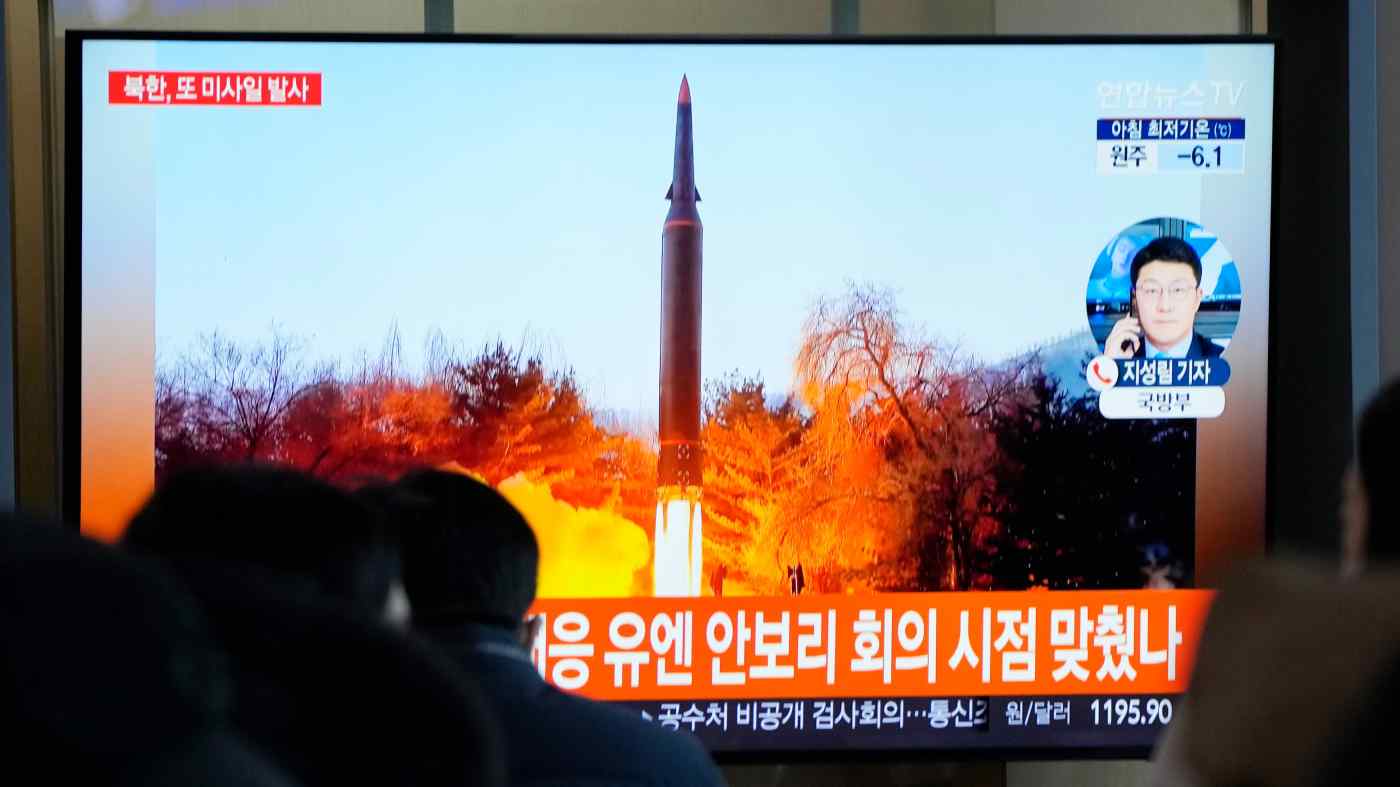 TOKYO/SEOUL (Reuters) -- North Korea fired what was believed to be a ballistic missile on Tuesday, South Korea's military and the Japanese coast guard said, the second apparent missile launch in less than a week after the reclusive state's leader urged more military advances.

The suspected ballistic missile launch was detected around 7:27 a.m. (2227 GMT) from an inland area of North Korea toward the ocean off its east coast, South Korea's Joint Chiefs of Staff (JCS) said in a statement.

The projectile appeared to have landed outside of Japan's exclusive economic zone (EEZ), the Kyodo news agency reported, citing government sources in Tokyo.

"That North Korea continues to launch missiles is extremely regrettable," Japanese Prime Minister Fumio Kishida told reporters, noting the United Nations had just finished holding discussions on how to respond to last week's launch of what North Korea claimed was a "hypersonic missile."

"The (South Korean) military is maintaining a readiness posture while closely monitoring related trends under close cooperation between (South Korea) and the U.S. in preparation for additional launches," the JCS statement said.

Among other goals, North Korea is attempting to use repeated tests to normalise its missile capabilities, portraying itself as a country engaged in incremental improvements for self-defense, said Leif-Eric Easley, a professor of international studies at Seoul's Ewha University.

"At the same time, Pyongyang is challenging international sanctions, testing what it can get away with while the United Nations Security Council remains divided," he said.

"These actions increase the risk of miscalculation and escalation and pose a significant threat to regional stability," U.S. Ambassador Linda Thomas-Greenfield said in the statement on Monday. Such tests not only improve the North's capabilities, but expands what it can offer illicit arms clients and dealers around the world, she added.

"(North Korea) makes these military investments at the expense of the well-being of the North Korean people," she said.

U.N. Security Council resolutions ban all ballistic missile and nuclear tests by North Korea, and have imposed sanctions over the programmes.

However, China and Russia are pushing the U.N. Security Council to ease sanctions on North Korea by removing a ban on Pyongyang's exports of statues, seafood and textiles, and lifting a refined petroleum imports cap.

Thomas-Greenfield reiterated calls for countries around the world to enforce sanctions, and for North Korea to return to talks and abandon its missiles and nuclear weapons.

"Our goal remains the complete, verifiable, and irreversible denuclearisation of the Korean Peninsula," she said.

The U.S. State Department did not immediately respond to a request for comment on Tuesday's launch.

North Korea has said it is open to talk, but only if the United States and others drop "hostile policies" such as sanctions and military drills.

Few observers expect Kim to ever fully surrender his nuclear arsenal and North Korea argues its missile tests and other military activities are for self-defence.