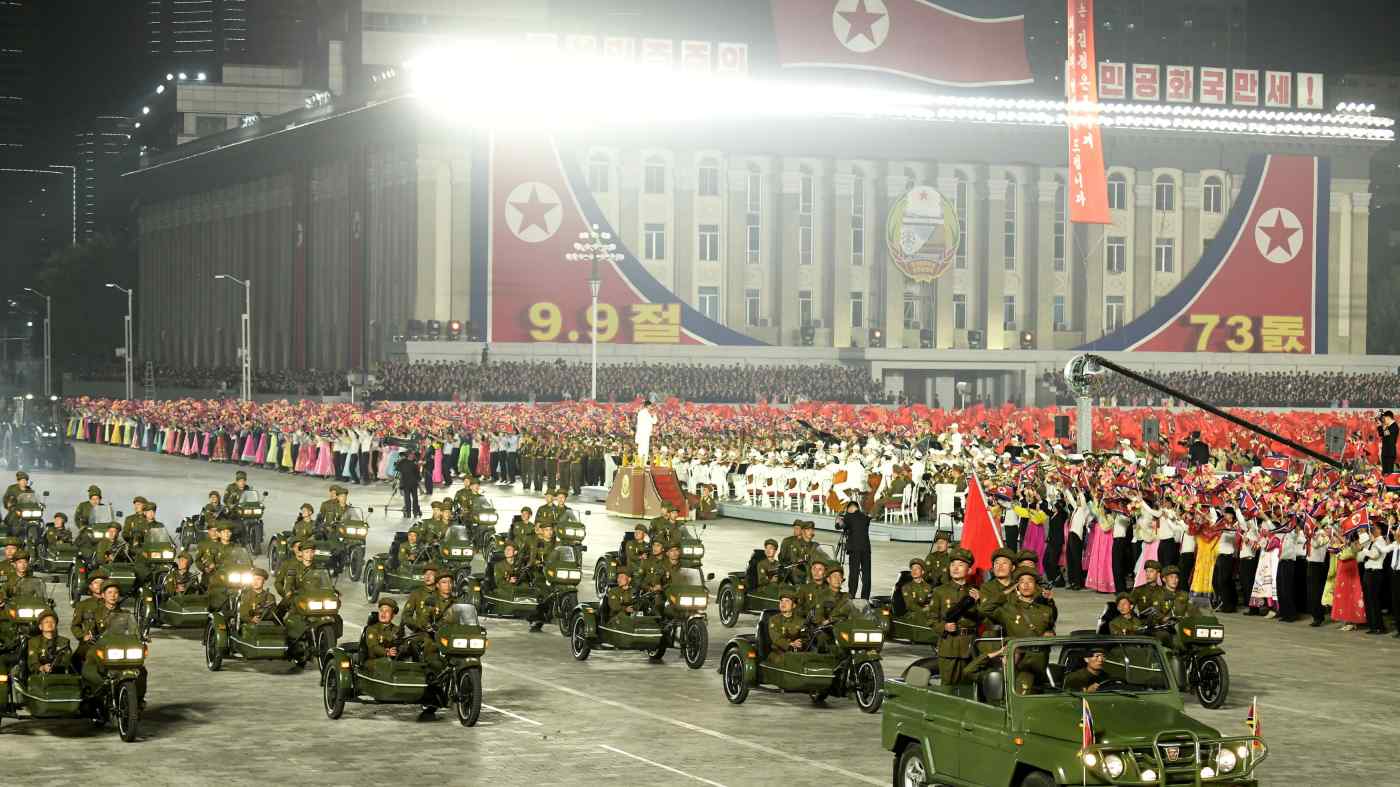 SEOUL -- North Korea's announcement Monday of successful test launches of a new cruise missile appears to add to the country's ability to strike Japan and other targets in the region, emphasizing Pyongyang's military buildup ahead of talks among the U.S. and its East Asian allies.

North Korea did not state where the missile landed, and the Japanese government has not confirmed whether it flew into the country's exclusive economic zone. But if Pyongyang's claims that it flew 1,500 km are accurate, its range would extend to the Japanese archipelago.

The White House's position "has not changed when it comes to North Korea," principal deputy press secretary Karine Jean-Pierre told reporters Monday local time while traveling to the U.S. state of Idaho with President Joe Biden.

"We remain prepared to engage in diplomacy with DPRK toward our objective of a complete denuclearization of the Korean Peninsula," she said, using the abbreviation for the Democratic People's Republic of Korea, the North's formal name.

The policy calls for a "calibrated, practical approach that is open to and will explore diplomacy with DPRK to make practical progress that increases the security of the United States, our allies, our deployed forces," Jean-Pierre said. "Our offer remains to meet anywhere, anytime without preconditions."

A statement from the U.S. Indo-Pacific Command after the North Korean announcement said: "This activity highlights DPRK's continuing focus on developing its military program and the threats that poses to its neighbors and the international community."

Cruise missiles that fly at altitudes as low as 100 meters are typically difficult to pick up on radar. The American and South Korean militaries are working to analyze the new North Korean weapon's capabilities, but some military experts compared it with the U.S.'s Tomahawk cruise missile.

The U.S. and South Korean militaries have yet to disclose information on the weapon's range. "It's likely that South Korea, the U.S. and Japan all failed to detect the missile," a South Korean expert said. The tests appear timed to attract maximum attention from the North's neighbors without going as far as a ballistic missile launch, which would bring immediate international condemnation.

They add to signs that Pyongyang continues to bolster its missile and nuclear capabilities, possibly to strengthen its hand in hopes of bringing the Biden administration to the negotiating table. Before the missile test announcement, a recent report from the International Atomic Energy Agency noted indications since July that North Korea has brought its Yongbyon nuclear facility back online.

Pyongyang wanted to "gauge the Biden administration's response to its use of a cruise missile, which does not violate United Nations Security Council sanctions," said Kazuhisa Ogawa, a Japanese defense analyst and professor at the University of Shizuoka's Global Center for Asian and Regional Research.

Countries around North Korea had expected some form of provocation in the near future after Pyongyang warned that August's joint drills between Washington and Seoul would lead to their facing a "more serious security threat."

The new missile, developed by the North's Academy of Defense Science, struck targets after staying in flight for more than two hours, traveling in oval and figure-eight patterns, according to the official Korean Central News Agency.

KCNA called it a "a strategic weapon of great significance in meeting the key target of the five-year plan for the development of the defense science and the weapon system" set forth at the Workers' Party congress early this year.