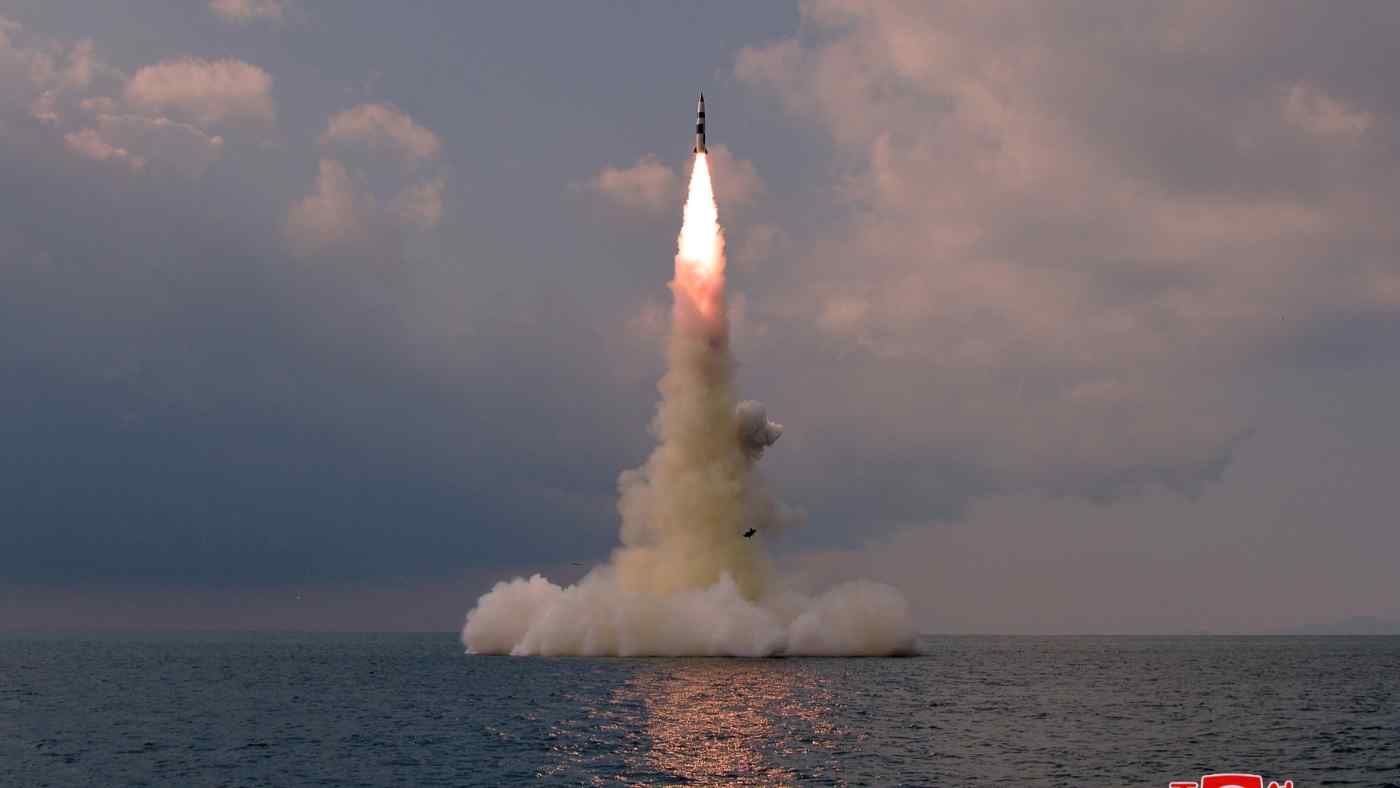 SEOUL (Reuters) -- North Korea fired three ballistic missiles toward the sea off its east coast on Thursday, South Korea said, in the latest such move by the isolated country racing to advance its weapons programs on the day it first reported a COVID-19 outbreak.

South Korea's Joint Chiefs of Staff said three short-range ballistic missiles were fired from the Sunan area of the North's capital, Pyongyang, where an international airport is located and where the North had said it fired its largest intercontinental ballistic missile (ICBM), the Hwasong-17, on March 24.

The firing was the first after the inauguration of conservative South Korean President Yoon Suk-yeol this week, who has signaled a hard line against the North's weapons development.

Yoon's office said it immediately convened a meeting of its national security council.

In its last weapons test on Saturday, the North used a submarine-launched ballistic missile, which it has been aggressively developing in recent years.

U.S. and South Korean officials have said Pyongyang's first nuclear test since 2017 could take place as early as this month.