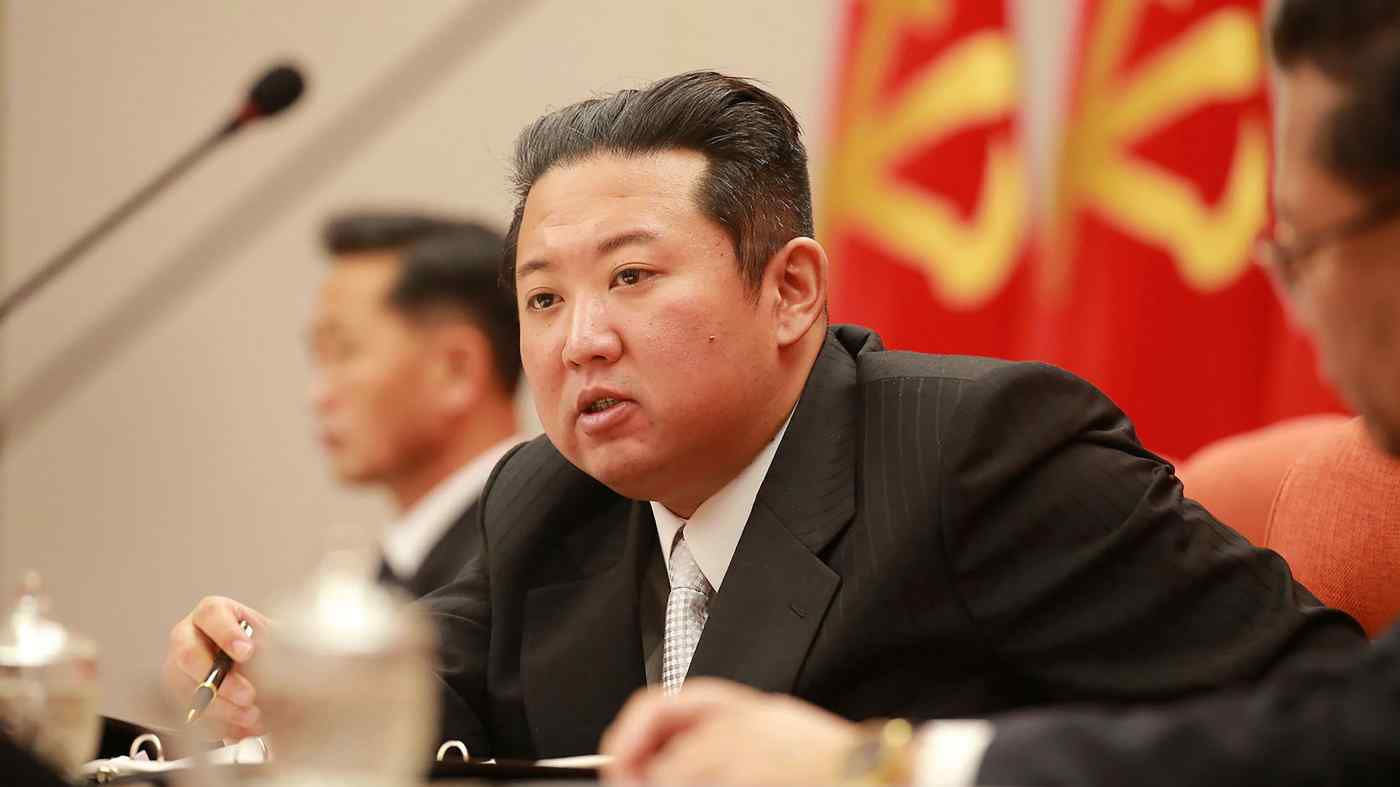 SEOUL (AP) -- North Korea on Friday fired two short-range ballistic missiles in its third weapons launch this month, officials in South Korea said, in an apparent reprisal for fresh sanctions imposed by the Biden administration for its continuing test launches.

Hours earlier, North Korea issued a statement berating the Biden administration for imposing fresh sanctions over its missile tests and warned of stronger and more explicit action if Washington maintains its "confrontational stance."

The previous test launch of a hypersonic missile on Tuesday -- the second a week -- was overseen by leader Kim Jong Un, who said it would greatly increase his country's nuclear "war deterrent."

North Korea has been ramping up tests of new, potentially nuclear-capable missiles designed to overwhelm missile defenses in the region. Some experts say Kim is going back to a tried-and-true technique of pressuring the world with missile launches and outrageous threats before offering negotiations meant to extract concessions.

Following an unusually provocative run in nuclear and long-range missile tests in 2017 that demonstrated the North's pursuit of an arsenal that could target the American homeland, Kim initiated diplomacy with former President Donald Trump in 2018 in an attempt to leverage his nukes for economic benefits.

But the negotiations derailed after Kim's second summit with Trump in 2019, when the Americans rejected his demands for major sanctions relief in exchange for a partial surrender of the North's nuclear capabilities.

Kim has since pledged to further expand a nuclear arsenal he clearly sees as his strongest guarantee of survival, despite the country's economy suffering major setbacks after it shut its borders during the pandemic as well as persistent U.S.-led sanctions.

Leif-Eric Easley, a professor at Ewha University in Seoul, said North Korea appears to be signaling it will not be ignored and will respond to pressure with pressure.

"North Korea is trying to lay a trap for the Biden administration," Easley said. "It has queued up missiles that it wants to test anyway and is responding to U.S. pressure with additional provocations in an effort to extort concessions."

In a statement carried by North Korea's official Korean Central News Agency, an unidentified Foreign Ministry spokesperson on Friday defended the launches as a righteous exercise of self-defense.

The spokesperson said the new sanctions underscore hostile U.S. intent aimed at "isolating and stifling" the North. The spokesperson accused Washington of maintaining a "gangster-like" stance, saying that the North's development of the new missile is part of its efforts to modernize its military and does not target any specific country or threaten the security of its neighbors.

Hypersonic weapons, which fly at speeds in excess of Mach 5, or five times the speed of sound, could pose a crucial challenge to missile defenses because of their speed and maneuverability.

In an interview with MSNBC, Secretary of State Antony Blinken called the North's latest tests "profoundly destabilizing" and said the United States was deeply engaged at the U.N. and with key partners, including allies South Korea and Japan, on a response.

"I think some of this is North Korea trying to get attention. It's done that in the past. It'll probably continue to do that," Blinken said. "But we are very focused with allies and partners in making sure that they and we are properly defended and that there are repercussions, consequences for these actions by North Korea."