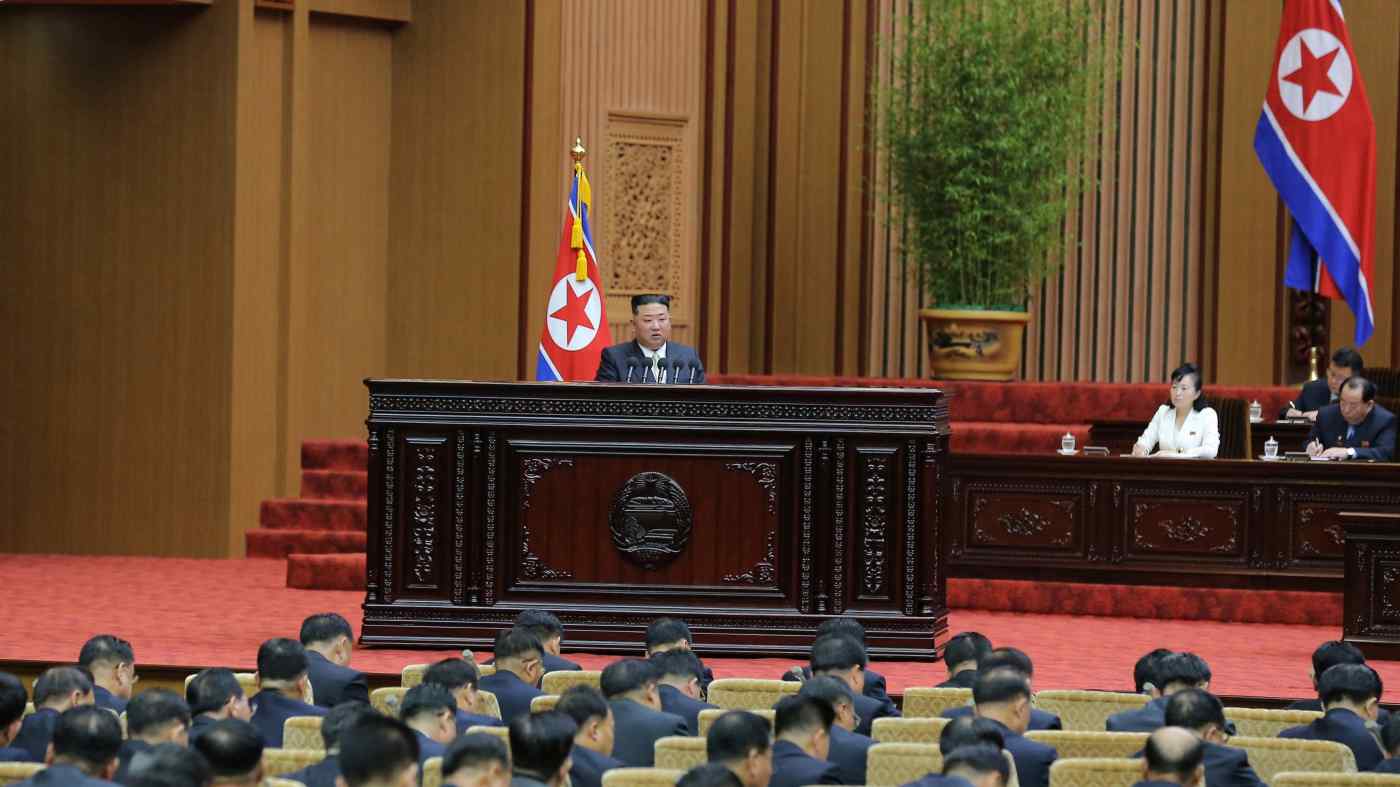 The move comes as observers say North Korea appears to be preparing to resume nuclear testing for the first time since 2017, after historic summits with then-U.S. President Donald Trump and other world leaders in 2018 failed to persuade Kim to abandon his weapons development.

The North's rubber-stamp parliament, the Supreme People's Assembly, passed the law on Thursday, according to state news agency KCNA.

"The utmost significance of legislating nuclear weapons policy is to draw an irretrievable line so that there can be no bargaining over our nuclear weapons," Kim said in a speech to the assembly.

North Korea has already declared itself a nuclear weapons state in its constitution, but the new law goes beyond that to outline when nuclear weapons can be used, including to respond to an attack, or stop an invasion. It also allows for preemptive nuclear strikes if an imminent attack by weapons of mass destruction or against the country's "strategic targets" is detected.

The law also bans any sharing of nuclear arms or technology with other countries, KCNA reported.

A deputy at the assembly said the law would serve as a powerful legal guarantee for consolidating North Korea's position as a nuclear weapons state and ensuring the "transparent, consistent and standard character" of its nuclear policy, KCNA reported.

U.S. President Joe Biden's administration has offered to talk to Kim any time, at any place, and South Korean President Yoon Suk-yeol has said his country would provide massive amounts of economic aid if Pyongyang began to give up its arsenal.

North Korea has rebuffed those overtures, however, saying that the United States and its allies maintain "hostile policies" such as sanctions and military drills that undermine their messages of peace.

"As long as nuclear weapons remain on earth and imperialism remains and maneuvers of the United States and its followers against our republic are not terminated, our work to strengthen nuclear force will not cease," Kim said.