North Korea missile could have been ballistic: Japan Coast Guard 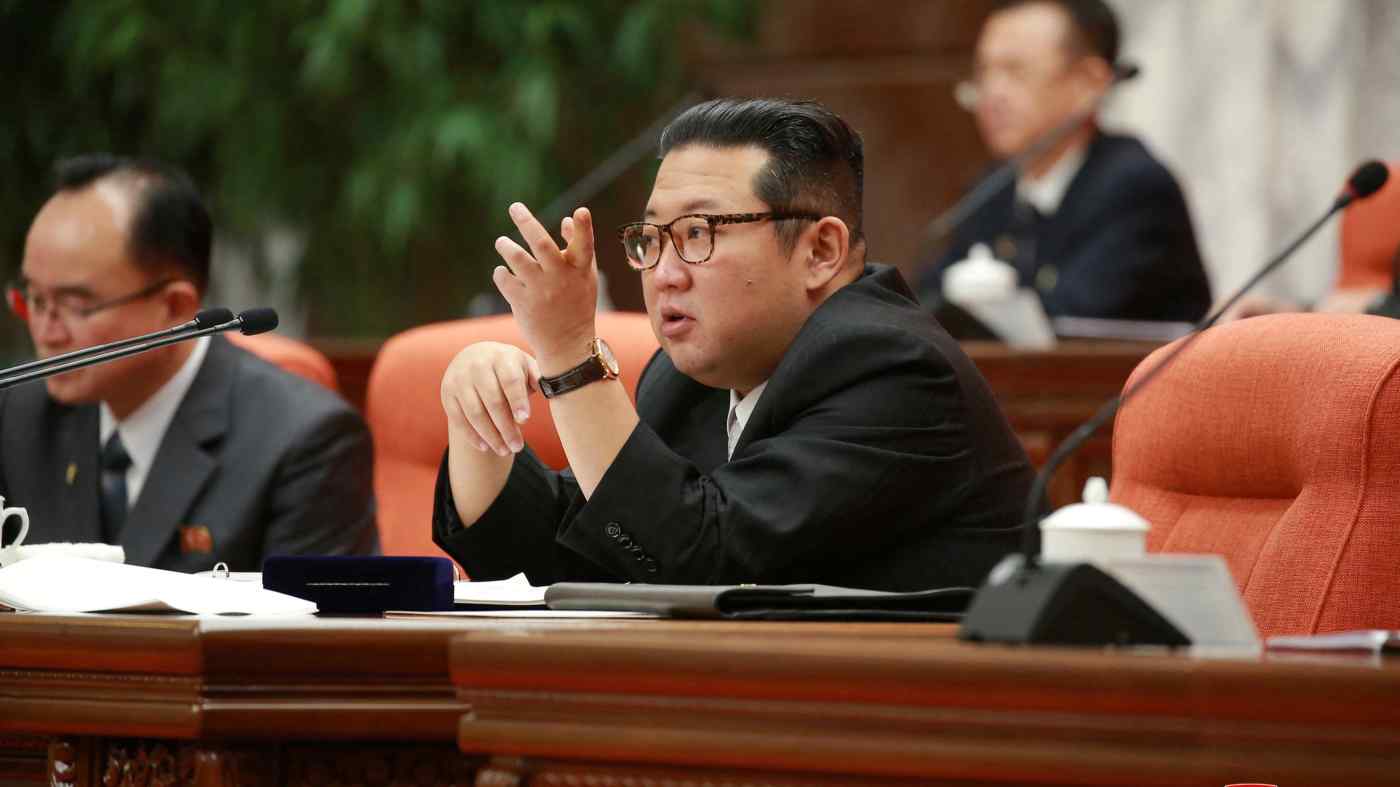 The first launch since October underscored leader Kim Jong Un's New Year vow to bolster the military to counter an unstable international situation amid stalled talks with South Korea and the United States.

The presumed missile was fired around 8:10 a.m. (2310 GMT) from an inland location over the east coast and into the sea, South Korea's Joint Chiefs of Staff (JCS) said.

A few hours later, Moon visited the South Korean east coastal city of Goseong near the border with the North, where he broke ground for a new rail line that he called "a stepping stone for peace and regional balance" on the Korean Peninsula.

In remarks at the ceremony, Moon acknowledged the launch raised concerns of tensions and damage to inter-Korean relations, and called for North Korea to make sincere efforts for dialogue.

"We should not give up the hope for dialogue in order to fundamentally overcome this situation," he said. "If both Koreas work together and build trust, peace would be achieved one day."

The apparent missile launch by the nuclear-armed North highlighted the challenges Moon faces in his push to achieve a diplomatic breakthrough before his five-year term ends in May.

Reconnecting the two Koreas by rail was a centrepiece of meetings between Kim and Moon in 2018, but those efforts went nowhere as talks aimed at convincing North Korea to surrender its nuclear weapons in exchange for easing international sanctions faltered in 2019.

Kim's New Year speech made no mention of efforts by South Korea to restart stalled negotiations or offers by the United States to talk, though analysts noted that doesn't mean he has closed the door on diplomacy.

South Korea's National Security Council convened an emergency meeting, expressing concern the launch "came at a time when internal and external stability is extremely important" and calling on North Korea to return to talks.

United Nations Security Council resolutions ban all ballistic missile and nuclear tests by North Korea, and have imposed sanctions over the programmes.

In state media summaries of a speech Kim gave ahead of the New Year, the North Korean leader did not specifically mention missiles or nuclear weapons, but said that national defence must be bolstered.

"Our military is maintaining readiness posture in preparation for a possible additional launch while closely monitoring the situation in close cooperation with the United States," the JCS said in a statement. Recent North Korean missile tests have often featured double or multiple launches.

Since the start of the COVID-19 pandemic, North Korea has become even more isolated, imposing border lockdowns that have slowed trade to a trickle and choking off any in-person diplomatic engagements.

It has also stuck to a self-imposed moratorium on testing its largest intercontinental ballistic missiles (ICBMs) or nuclear weapons. The last tests of ICBMs or a nuclear bomb were in 2017, before Kim met with then U.S. President Donald Trump.

But Pyongyang has continued test firing a variety of new, short-range ballistic missiles, including one launched from a submarine in October, arguing it should not be penalized for developing weapons that other countries also wield.

"While the readout from North Korea's recent plenary meetings may have prioritised rural development for the coming year, it doesn't mean the country will halt its ballistic missile tests," said Michelle Kae, deputy director of 38 North, a North Korea monitoring programme at Washington's Stimson Center.

Just hours after the North Korean launch, Japan announced its foreign and defence ministers will hold talks with their U.S. counterparts on Friday to discuss security issues.

The White House, Pentagon and U.S. State Department did not immediately respond to requests for comment on Wednesday's launch. At a regular news briefing on Monday, State Department spokesperson Ned Price reiterated the U.S. desire for dialogue with North Korea, saying Washington had no hostile intent towards North Korea and was prepared to meet without preconditions.