North Korea parade to signal whether Kim plans to provoke US

A new advanced weapon could be unveiled at weekend's celebrations 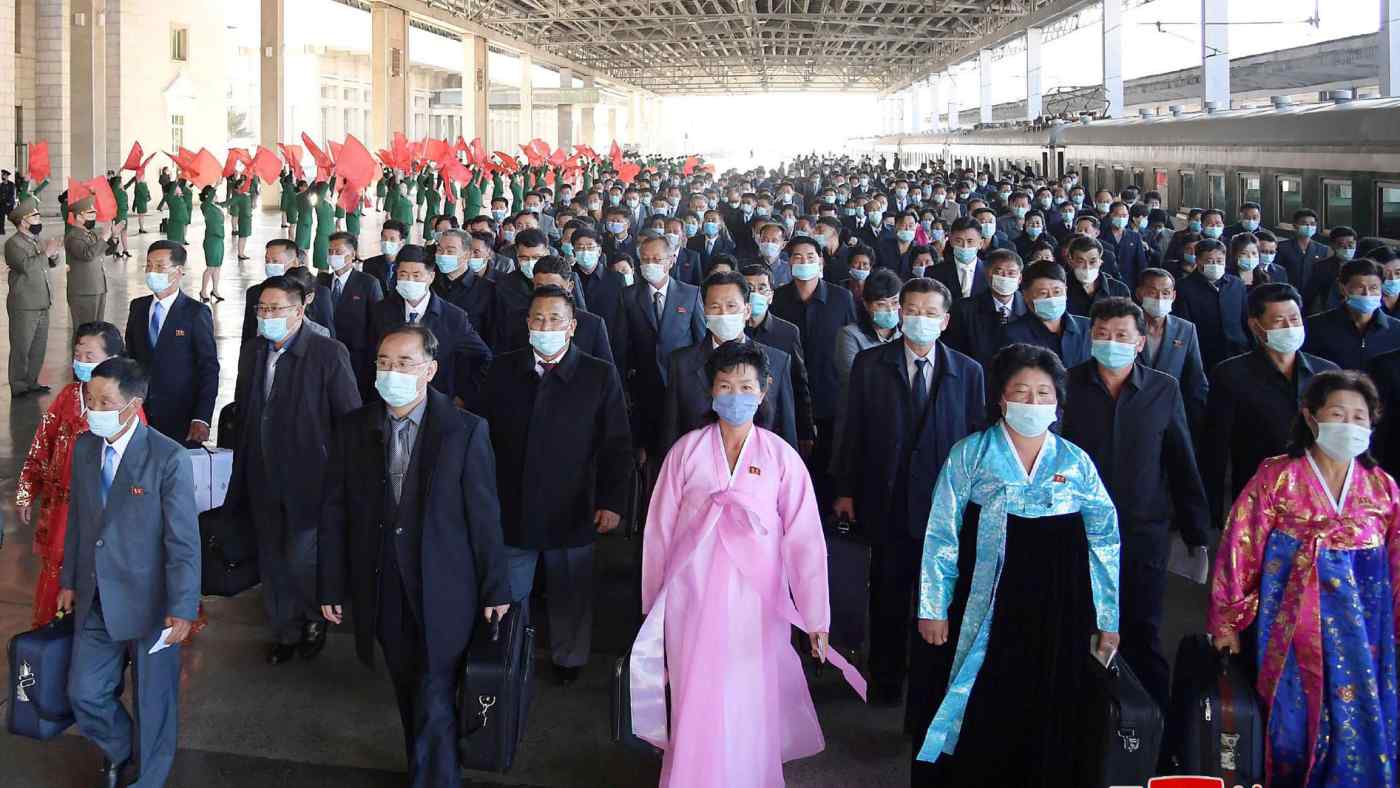 Delegates arrive for celebrations to mark the 75th anniversary of the founding of the Workers' Party of Korea at Pyongyang railway station on Monday.   © Reuters
STEVEN BOROWIEC, Contributing writerOctober 8, 2020 13:50 JST | North Korea
CopyCopied

SEOUL -- North Korea is set to hold a military parade on Saturday, an event that will offer clues as to whether Pyongyang is looking to turn aggressive to break diplomatic standstills with the U.S. and South Korea.

State media reported this week that representatives from across the country have been arriving in the capital for events to mark the 75th anniversary of the ruling Workers' Party, and the city is "teeming with a festive atmosphere." Satellite imagery released Tuesday by 38 North, a website that monitors North Korea, indicated that the main public square in Pyongyang had been cordoned off in preparation for the parade.