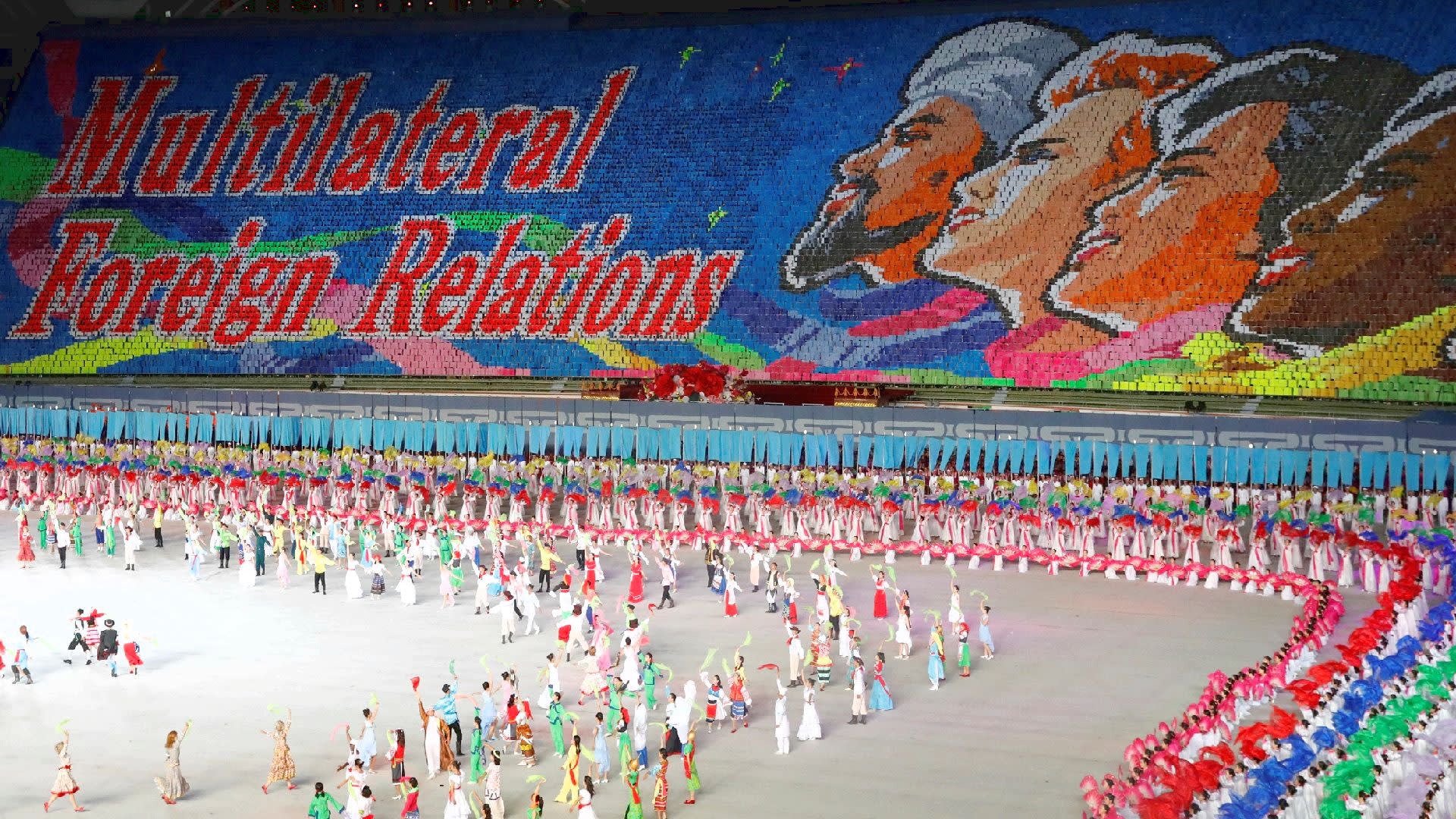 SEOUL/WASHINGTON/GENEVA -- North Korea's celebration of its 70th anniversary over the weekend was marked by a relative lack of provocative tone, an indication that the country is eager to keep denuclearization talks with the U.S. alive.

Even as North Korean leader Kim Jong Un hints at a desire for dialogue, the International Atomic Energy Agency remains skeptical of Pyongyang's commitment to the peace process.

U.S. President Donald Trump tweeted his thanks to Kim on Sunday for keeping ballistic missiles capable of being mounted with nuclear warheads out of the military parade held earlier that day.

Kim appears to be seeking direct talks with Trump, with South Korea as an intermediary. It was confirmed last week that the North Korean leader had sent the U.S. president what Trump described as a "personal letter."

On Monday, South Korean National Security Adviser Chung Eui-yong, who last Wednesday spoke with Kim as a special envoy to Pyongyang, discussed that conversation over the phone with U.S. counterpart John Bolton. Nevertheless, doubts remain in Washington over Pyongyang's commitment to disarming, clouding the outlook for their talks, which have stalled in recent months.

Meanwhile, the director general of the IAEA, Yukiya Amano, described the North's nuclear activities as "clear violations of relevant United Nations Security Council resolutions" in prepared remarks on Monday as the agency opened its board meeting in Vienna.

The remarks from Amano, who was absent due to receiving medical treatment, said the "further development" of North Korea's nuclear program was "a cause for grave concern." Amano also called for Pyongyang to "cooperate promptly" with the agency.

Monday marked the IAEA's first assembly since the June summit in which Trump and Kim agreed to denuclearize the Korean Peninsula. In a report last month, the agency noted evidence that some of the North's nuclear facilities were still operating around the time of Kim's first summit with South Korean President Moon Jae-in in April. The report mentioned that steam and coolant were being discharged from graphite-moderated nuclear reactors -- which can produce plutonium, a material that can be used in nuclear explosives -- and described grave concerns about the progression of the North's nuclear development.

The IAEA has said it is prepared to quickly dispatch inspectors to North Korea, and it assembled an expert team for that purpose last year. Amano has called the agency the only body that can provide proof of whether the North is denuclearizing.

China and Russia have shown a willingness to accept a gradual disarmament by the North, but the U.S. and Japan are pushing for a swift denuclearization, and for maintaining sanctions against Pyongyang in the meantime. Seoul, meanwhile, seeks reconciliation with its northern neighbor.

According to Japan's Radiopress, which monitors broadcasts from North Korea, Sunday's parade marked the first time under Kim's regime that the state had refrained from showing off its ballistic missiles in a large-scale military display.

Later on Sunday, the North held for the first time in five years its so-called Mass Games, a gymnastics and artistic display also known as the Arirang Festival. Kim and his wife Ri Sol Ju viewed the event, which was held annually through 2013.

The festival had typically focused on praising Kim Il Sung, the country's first leader and grandfather of its current head, and on the North's progress toward becoming a nuclear power. But this year's iteration brought up Kim Jong Un's April summit with his South Korean counterpart and even included English words such as "peace" and "friendship" in a display backed by video effects technology.