Experts say the country 'is continuing its nuclear program' 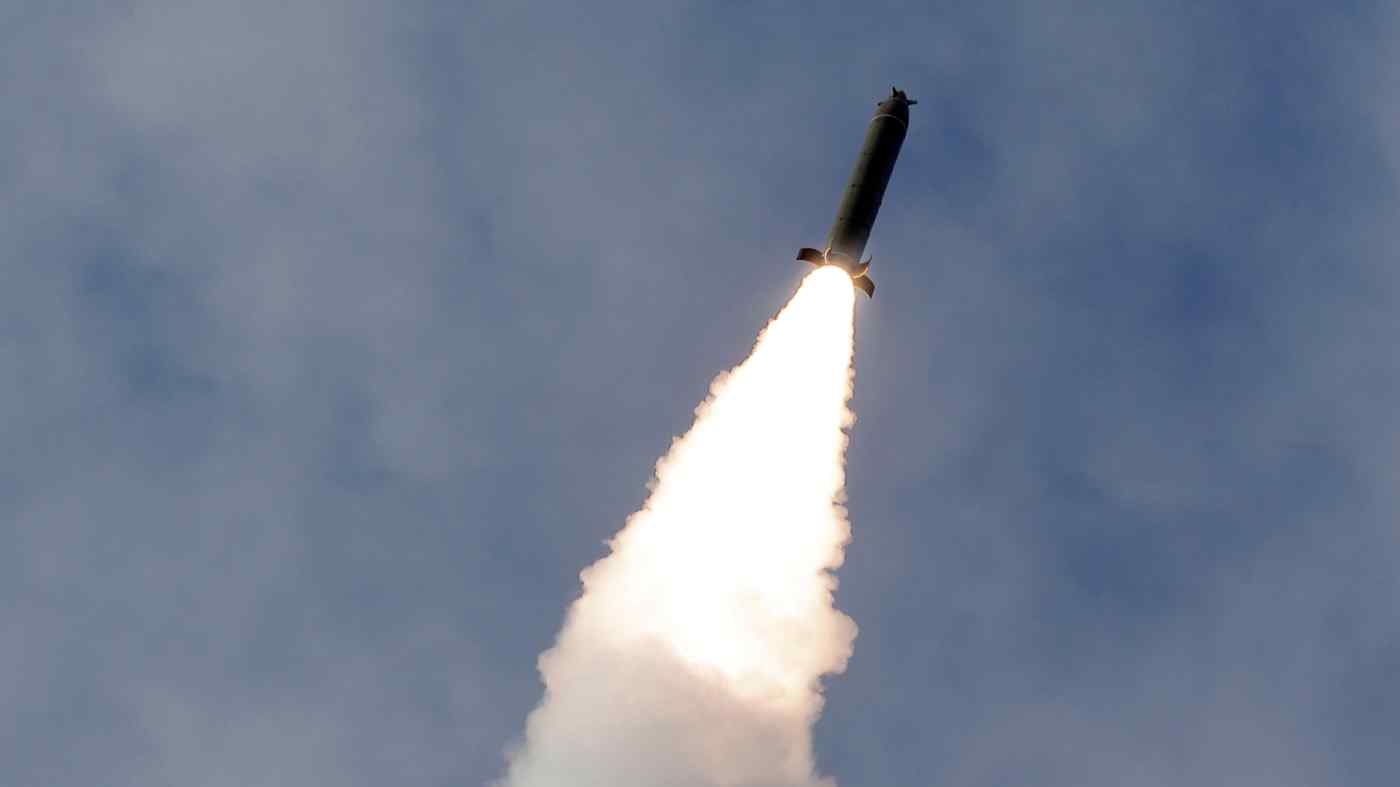 A missile is seen at a drill of long-range artillery sub-units of the Korean People's Army in this image released by North Korea's Korean Central News Agency on March 2.    © Reuters
August 4, 2020 08:57 JST | North Korea
CopyCopied

UNITED NATIONS (Reuters) -- North Korea is pressing on with its nuclear weapons program and several countries believe it has "probably developed miniaturized nuclear devices to fit into the warheads of its ballistic missiles," according to a confidential U.N. report.

The report by an independent panel of experts monitoring U.N. sanctions said the countries, which it did not identify, believed North Korea's past six nuclear tests had likely helped it develop miniaturized nuclear devices. Pyongyang has not conducted a nuclear test since September 2017.

The interim report, seen by Reuters, was submitted to the 15-member U.N. Security Council North Korea sanctions committee on Monday.

North Korea is formally known as the Democratic People's Republic of Korea (DPRK). North Korea's mission to the United Nations in New York did not immediately respond to a request for comment on the U.N. report.

North Korean leader Kim Jong Un said last week there would be no more war as the country's nuclear weapons guarantee its safety and future despite unabated outside pressure and military threats.

The U.N. report said one country, which it did not identify, assessed that North Korea "may seek to further develop miniaturisation in order to allow incorporation of technological improvements such as penetration aid packages or, potentially, to develop multiple warhead systems."

North Korea has been subjected to U.N. sanctions since 2006 over its nuclear and ballistic missile programs. While the Security Council has steadily strengthened sanctions in a bid to cut off funding for those programs.

North Korean leader Kim Jong Un and U.S. President Donald Trump have met three times since 2018, but failed to make progress on U.S. calls for Pyongyang to give up its nuclear weapons and North Korea's demands for an end to sanctions.

In May 2018 North Korea followed through on a pledge to blow up tunnels at its main nuclear test site, Punggye-ri, which Pyongyang said was proof of its commitment to end nuclear testing. But they did not allow experts to witness the dismantlement of the site.

The U.N. report said that as only tunnel entrances were known to have been destroyed and there is no indication of a comprehensive demolition, one country had assessed that North Korea could rebuild and reinstall within three months the infrastructure needed to support a nuclear test.

The U.N. experts said North Korea is violating sanctions, including "through illicit maritime exports of coal, though it suspended these temporarily between late January and early March 2020" due to the coronavirus pandemic.

"The Panel continues to assess that virtual asset service providers and virtual assets will continue to remain lucrative targets for the Democratic People's Republic of Korea to generate revenue, as well as mining cryptocurrencies," the latest report said.