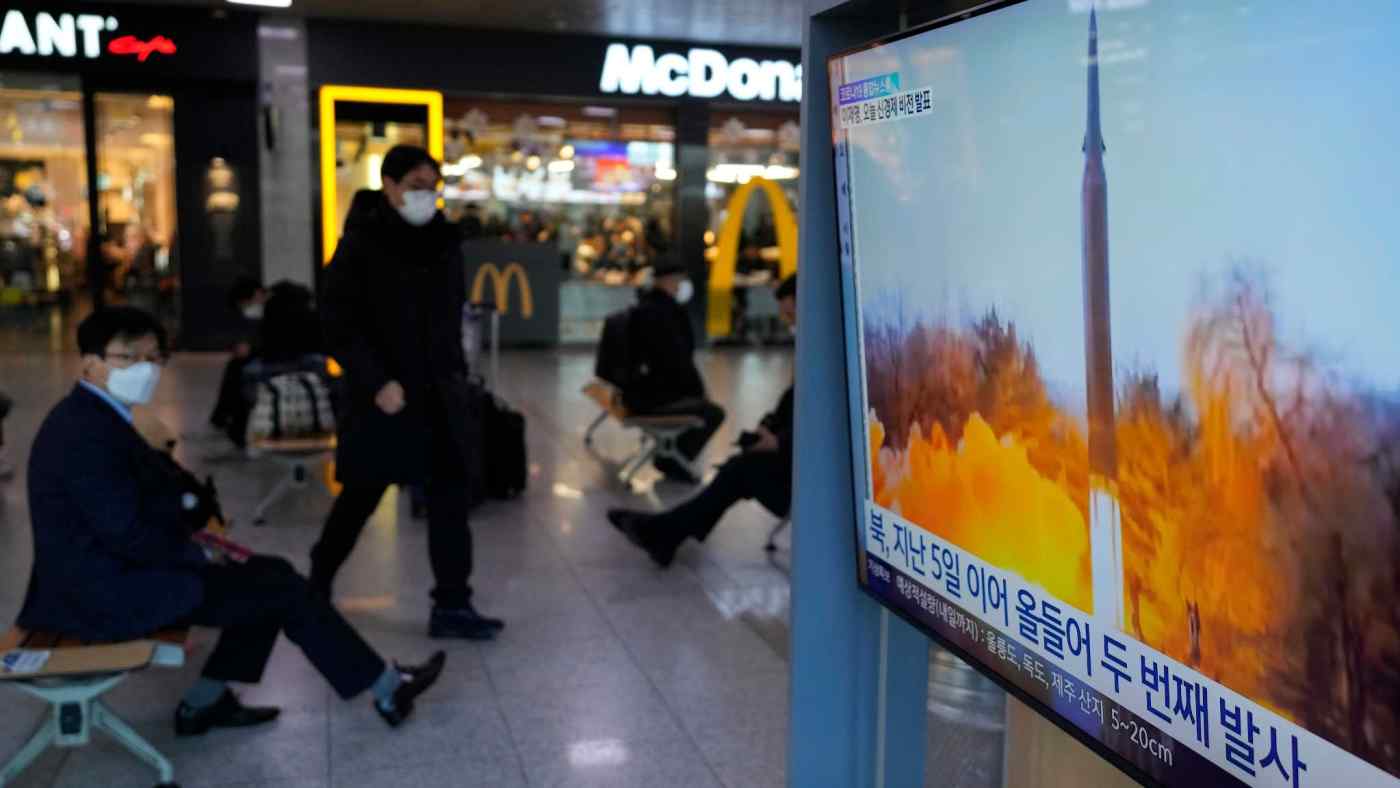 SEOUL/NEW YORK -- North Korea's missile launched this week was "more advanced" than the previous test, reaching an estimated top speed of about 10 times the speed of sound, according to the South Korean military.

Seoul said the weapon launched Tuesday traveled more than 700 km at a maximum altitude of 60 km. It landed outside Japan's exclusive economic zone, according to Japan's Defense Ministry.