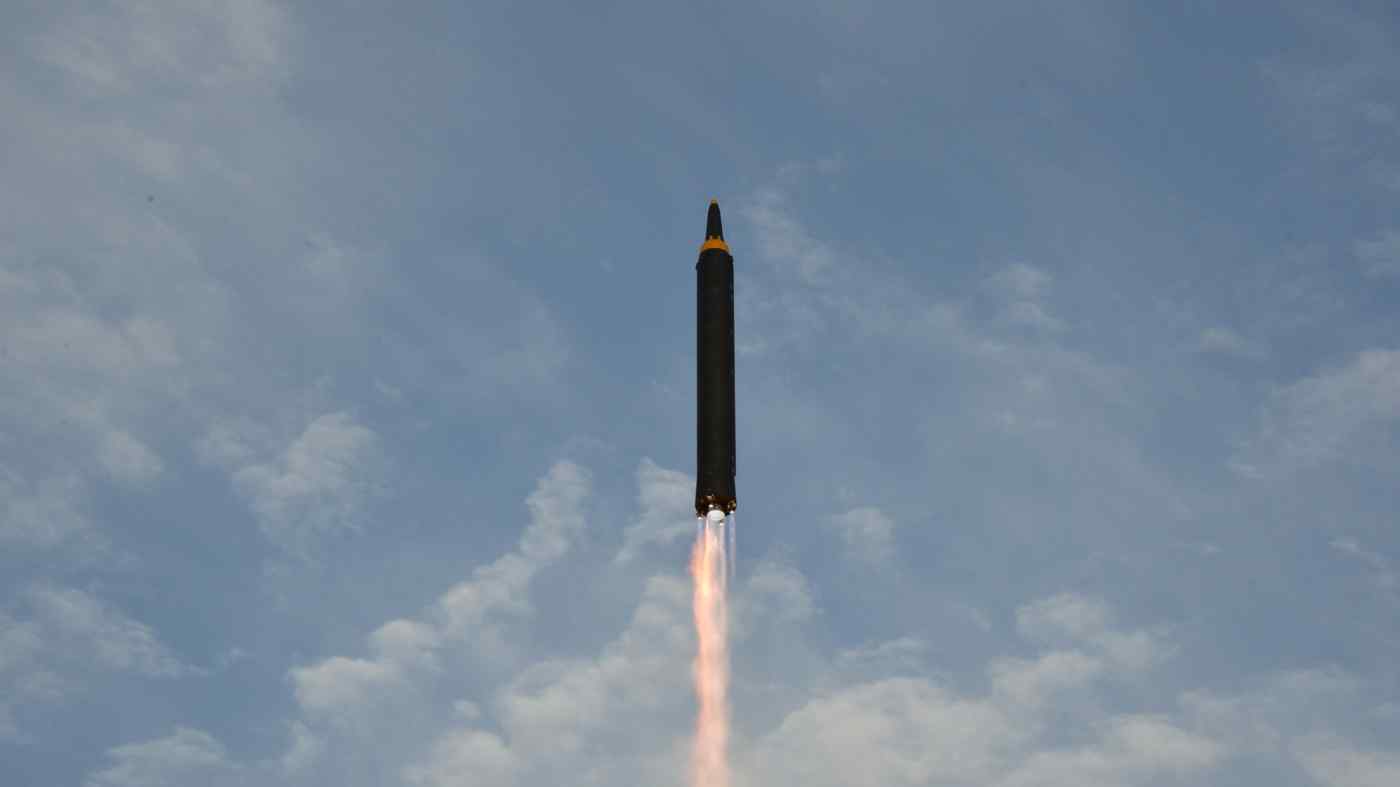 SEOUL (Reuters) -- North Korea confirmed on Monday it had tested a Hwasong-12 intermediate-range ballistic missile (IRBM) on Sunday, according to state news agency KCNA, the first time a nuclear-capable missile of that size has been launched since 2017.

The launch was first reported by South Korean and Japanese authorities on Sunday. Analysts and officials said the test appeared to involve an intermediate-range ballistic missile (IRBM), which North Korea has not tested since 2017 when it suspended testing its largest missiles and its nuclear weapons.

"The inspection firing test was conducted for the purpose of selectively inspecting the ground-to-ground mid-range long-range ballistic missile Hwasong-12 and verifying the overall accuracy of this weapon system," KCNA said. North Korea has previously said the Hwasong-12 can carry a "large-size heavy nuclear warhead."

KCNA said the missile launch was conducted in such a way as to ensure the safety of neighbouring countries, and that the test warhead was fitted with a camera that took photos while it was in space.

Photos released by state media showed space-based images of North Korea and the surrounding areas through a round camera lens. North Korea first took such photos in 2017, analysts said.

Leader Kim Jong Un was not reported to have attended the test, which was at least the seventh launch in January, one of the busiest ever for North Korea's advancing missile programme.

Kim has said he is no longer bound by that moratorium, which included a stop to nuclear weapons tests and was announced in 2018 amid a flurry of diplomacy and summits with then-U.S. President Donald Trump.

North Korea suggested this month it could restart those testing activities because the United States and its allies had shown no sign of dropping their "hostile policies."

It is unclear if IRBMs such as the Hwasong-12 were included in Kim's moratorium, but those, too, have not been tested since 2017.

Controversially, in two of those tests North Korea launched the missile over the northern Japanese island of Hokkaido.

In Sunday's test, North Korea said it fired the missile on an elevated trajectory "in consideration of the safety of neighbouring countries."