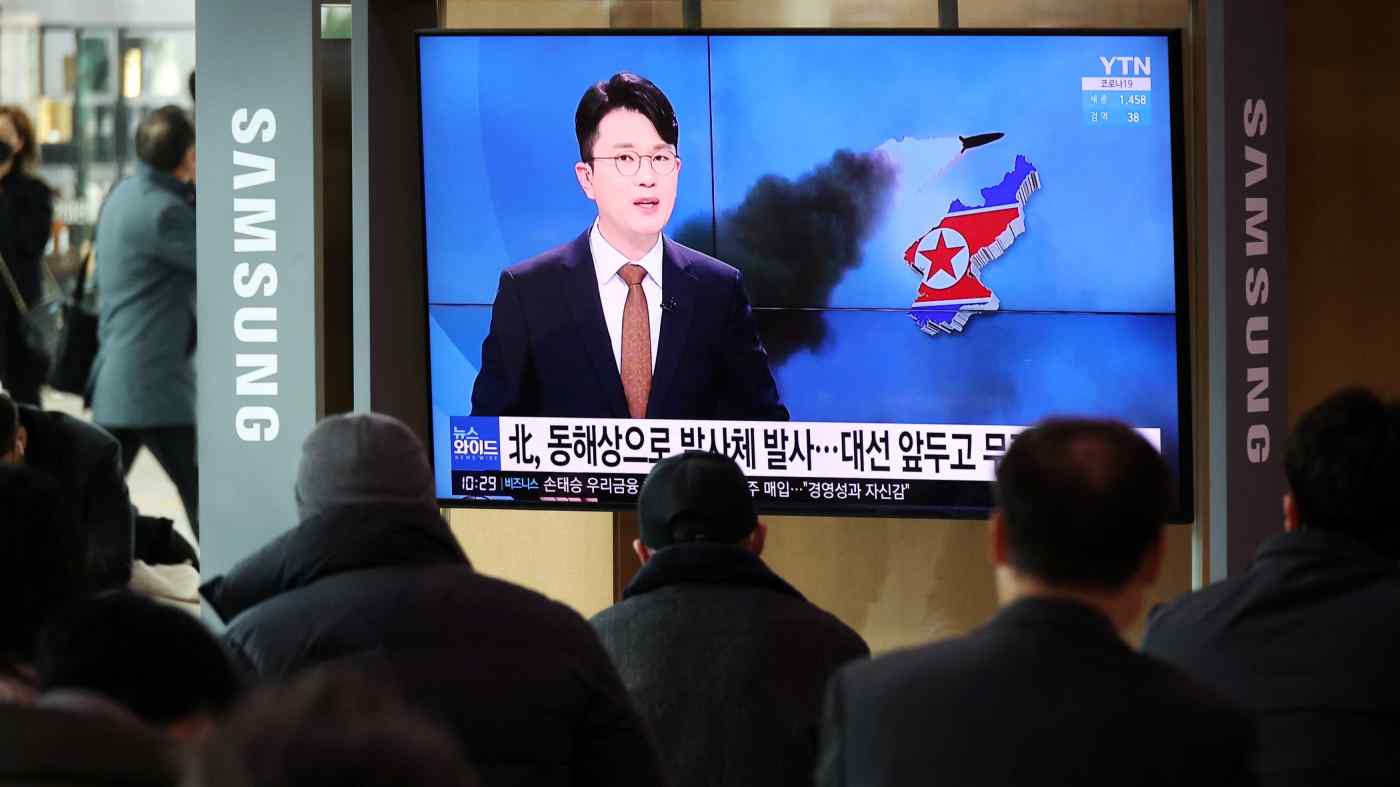 BEIJING (Kyodo) -- North Korea's latest launch was conducted to develop a reconnaissance satellite, state-run media reported Sunday, a day after what was described by neighboring countries as a ballistic missile launch toward the Sea of Japan.

Saturday's test indicated that North Korea is seeking to develop its weapons capabilities while the United States is focused on Russia's invasion of Ukraine, some foreign affairs experts said.