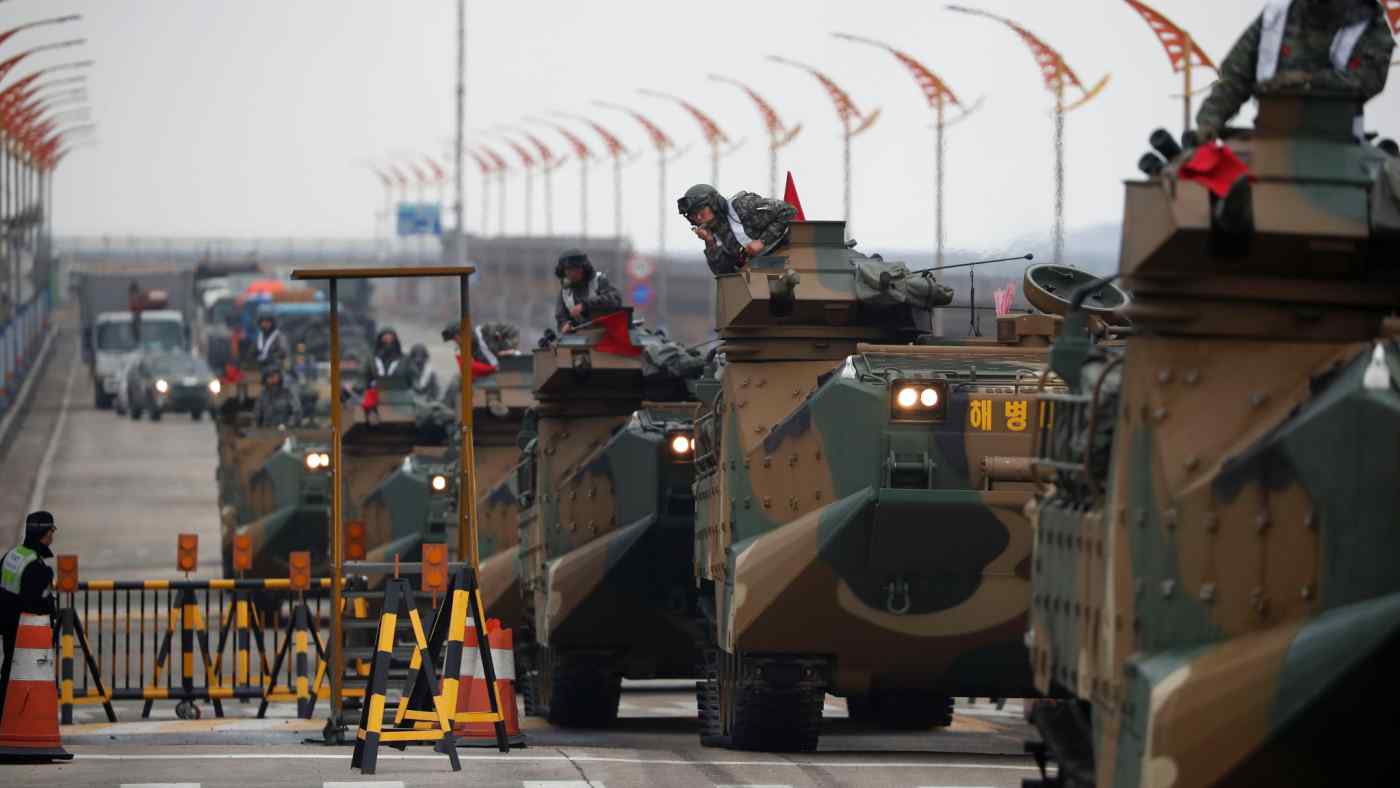 SEOUL (Reuters) -- North Korea said on Monday it was not interested in meaningless talks with the United States just so President Donald Trump had something to boast about and demanded an end to what it called a policy of hostility if the United States wanted dialogue.

The comment by senior North Korean official Kim Kye Gwan, who is a former vice foreign minister, came after Trump on Sunday called on North Korean leader Kim Jong Un to "act quickly" and hinted at another meeting.

Kim Kye Gwan, in a statement on North Korea's official KCNA news agency, said he had seen Trump's tweet but little had improved despite three meetings between the two leaders since June last year.

"We are no longer interested in such talks that bring nothing to us," he said.

"As we have got nothing in return, we will no longer gift the U.S. president with something he can boast of, but get compensation for the successes that President Trump is proud of as his administrative achievements," Kim Kye Gwan said.

It was the second time in less than a week that North Korean statements have taken direct aim at Trump, something Pyongyang had avoided since the two sides resumed a largely unproductive process of dialogue in 2018.

A subsequent statement on KCNA quoted Kim Yong Chol, a senior official who formerly led negotiations with the United States, as saying that Washington "should not dream of negotiation for denuclearisation before dropping its hostile policy" - an apparent reference to U.S. military drills with South Korea and punishing sanctions.

"We have nothing pressing and have no intention to sit on the table with the tricky U.S.," Kim Yong Chol said, adding that North Korea expected "due compensation for every administrative achievement the U.S. president has talked too much about for over a year."

"It will be possible to consult (on) denuclearisation only when confidence-building between the DPRK and the U.S. goes first and all the threats to the security and development of the DPRK are removed," he added, using North Korea's official acronym.

Trump and North Korean leader Kim Jong Un met for the first time in a landmark summit in Singapore in June last year to push forward negotiations the United States hopes will lead to North Korea dismantling of its nuclear and missile programmes.

The talks have made no significant progress and a second summit between Trump and Kim Jong Un collapsed in Vietnam in February.

The two leaders agreed in June, at a third meeting, to reopen negotiations but working-level talks in October ended with the North Korean envoy accusing the Americans of coming to the table empty-handed.

North Korea has been demanding a lifting of sanctions hobbling its economy and in April, Kim Jong Un set a year-end deadline for Washington to show more flexibility, raising concern North Korea could resume nuclear and long-range missile testing suspended since 2017 that Trump has repeatedly held up as a major achievement of his engagement with North Korea.

Kim Kye Gwan said the United States must make a decisive move to abandon its hostile policy if it genuinely wanted dialogue. He did not elaborate.

In his Twitter message, Trump urged Kim Jong Un, to "get the deal done", signing off "See you soon!"

That message came hours after the United States and South Korea announced they were postponing military exercises to bolster the stalled peace push.

North Korea denounces such exercises as preparations for invasion. On Sunday, it also said a recent U.N. resolution on its human rights conditions was an obstacle to new U.S. talks.

The U.S. State Department did not immediately respond to requests for comment, but a senior U.S. defense official said Washington had "left the door open" to Pyongyang.

"Their attitude so far has not been helpful. Hopefully they'll see that this is a historic opportunity for them," the official said, speaking on condition of anonymity.

U.S. Defense Secretary Mark Esper discussed North Korea with Chinese Defence Minister Wei Fenghe on Monday in Bangkok and urged Beijing to encourage Pyongyang to return to the negotiating table "with an attitude of problem solving," the official said.