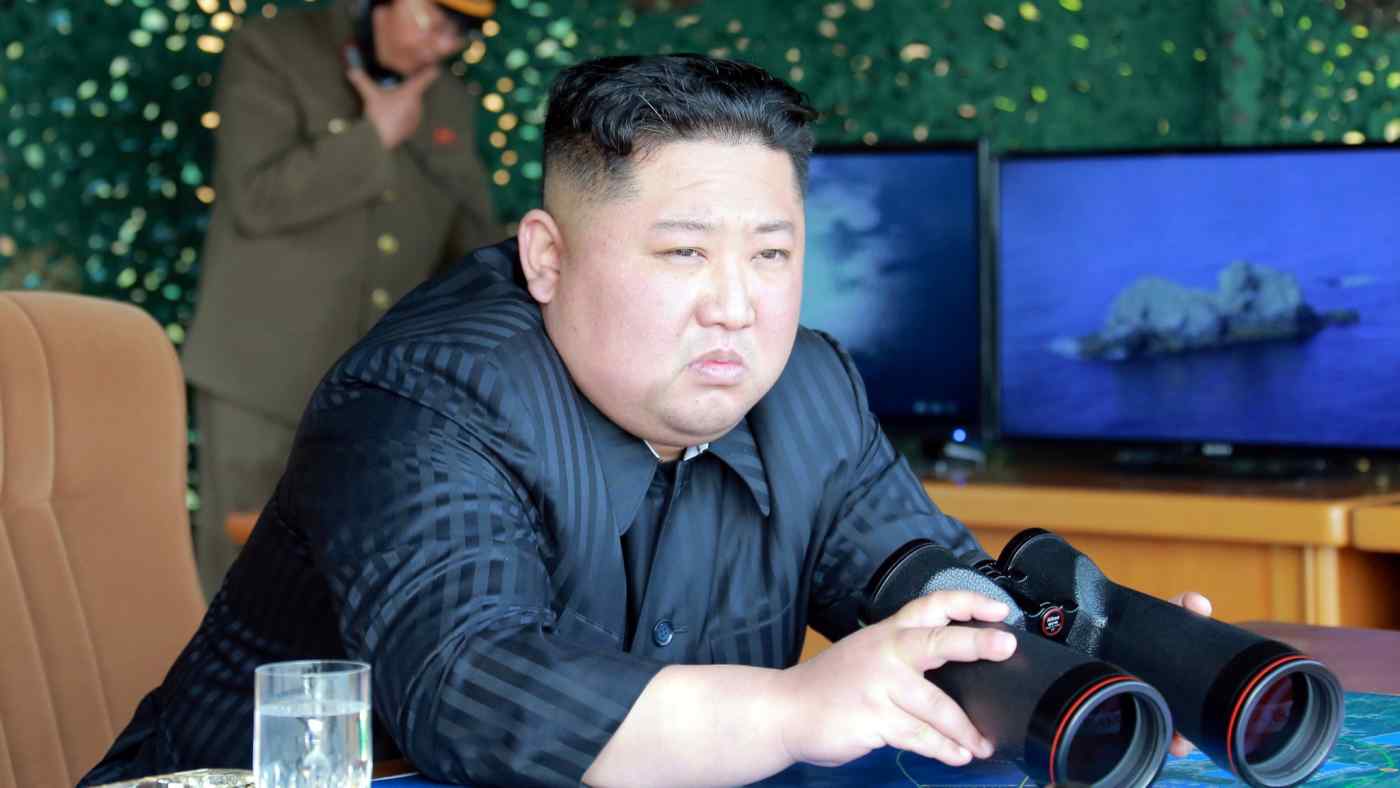 SEOUL -- East Asian geopolitics kicked into high gear Tuesday, after months of being hamstrung by the coronavirus pandemic, as North Korea destroyed its liaison office with South Korea.

It quickly followed up on Wednesday morning with a series of harsh statements that included an announcement that its army will reenter border areas of Kaesong and Mount Kumgang that were disarmed under inter-Korean agreements.

With its economy under heavy strain from sanctions and the halt in trade with China to shut out the virus, North Korea has resorted to its well-tested tactic of stepping up provocations to usher in a breakthrough.

It came as U.S. Secretary of State Mike Pompeo headed to Hawaii for a closed-door meeting with a senior Chinese official, reportedly to be top diplomat Yang Jiechi.

Deputy Secretary of State Stephen Biegun, the top U.S. official dealing with North Korea, is traveling with the secretary, the State Department said, in a signal that Pyongyang will be on the agenda.

The two sides are expected to meet at Hickam Air Force Base in Honolulu on Wednesday.

Among the new developments they will be discussing is the fact that it was North Korean leader Kim Jong Un's sister, Kim Yo Jong, who orchestrated the destruction in the border city of Kaesong. This marks the first time the nation's de facto No. 2, who had been assisting her brother from behind the scenes, played a public role in matters concerning the South.

Since issuing a statement criticizing Seoul on June 4, Kim Yo Jong has ramped up her rhetoric. On June 8, she called South Korea the "enemy" and on Saturday she threatened to demolish the liaison office, widely seen as a symbol of easing inter-Korean tensions. 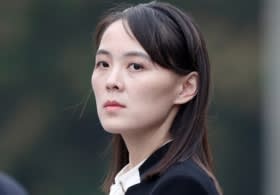 Kim Jong Un has entrusted his sister and de facto No. 2, Kim Yo Jong, to handle the provocation campaign against the South.   © Reuters

"Before long, a tragic scene of the useless north-south joint liaison office completely collapsed will be seen," said Kim Yo Jong.

On Tuesday afternoon, the four-story building that housed the two Koreas' joint liaison office in the border city of Kaesong was demolished. The move corresponded "to the mindset of the enraged people to surely force human scum and those, who have sheltered the scum, to pay dearly for their crimes," KCNA said, in reference to defectors to the South who have been sending leaflets with critical messages of Kim Jong Un by balloon to the North.

"The United States fully supports [South Korea's] efforts on inter-Korean relations and urges the DPRK to refrain from further counterproductive actions," a State Department spokesperson said in a statement, referring to North Korea by an abbreviation of its official name, the Democratic People's Republic of Korea.

Experts see economic difficulties as behind Pyongyang's growing provocations. North Korea has suffered under prolonged sanctions with its nuclear talks with the U.S. at a standstill.

Kim Jong Un urged the people to endure, citing the principle of "self-reliance," but the pandemic has made matters worse.

North Korea sealed its border with China to keep the virus at bay, essentially cutting off about 95% of its total trade. Though the leadership had vowed to bolster living standards in the North under a five-year plan announced in 2016, little progress has been made on the ground.

Through three meetings in 2018, Kim and Moon had agreed to cooperate economically, including on a rail link across their de facto border. The countries broke ground on the link that December, but no progress has been made since amid strong pushback from the U.S.

Moon made a last-minute plea to appease the North. "We will search for projects that South and North Korea can decide on and carry out ourselves," the president said Monday.

But Pyongyang likely was already set on destroying the liaison office by then. It may plan to escalate tensions to the tipping point with Seoul and Washington to extract greater concessions when they do return to the negotiating table.

Experts see further provocations coming. The North Korean military has threatened to reenter the demilitarized zone and "turn the front line into a fortress." The South Korean military is preparing for the North to redeploy armed troops to guard posts along the DMZ, which were deactivated under a bilateral 2018 deal, as well as to the countries' two major joint economic projects: the Kaesong Industrial Complex and Mount Kumgang resort.

Pyongyang has also warned that it will distribute its own leaflets in the South via land and sea. There is concern that rising tensions could lead to an armed clash, such as in the Yellow Sea -- a heavy blow to the Moon administration, which considers improvements in North-South relations a key achievement.

Neighboring countries have raised alarms over the situation. "We hope South-North relations will not worsen any further," said Japanese Prime Minister Shinzo Abe on Tuesday, adding that Tokyo "will analyze the situation and respond in close cooperation with South Korea and the U.S."