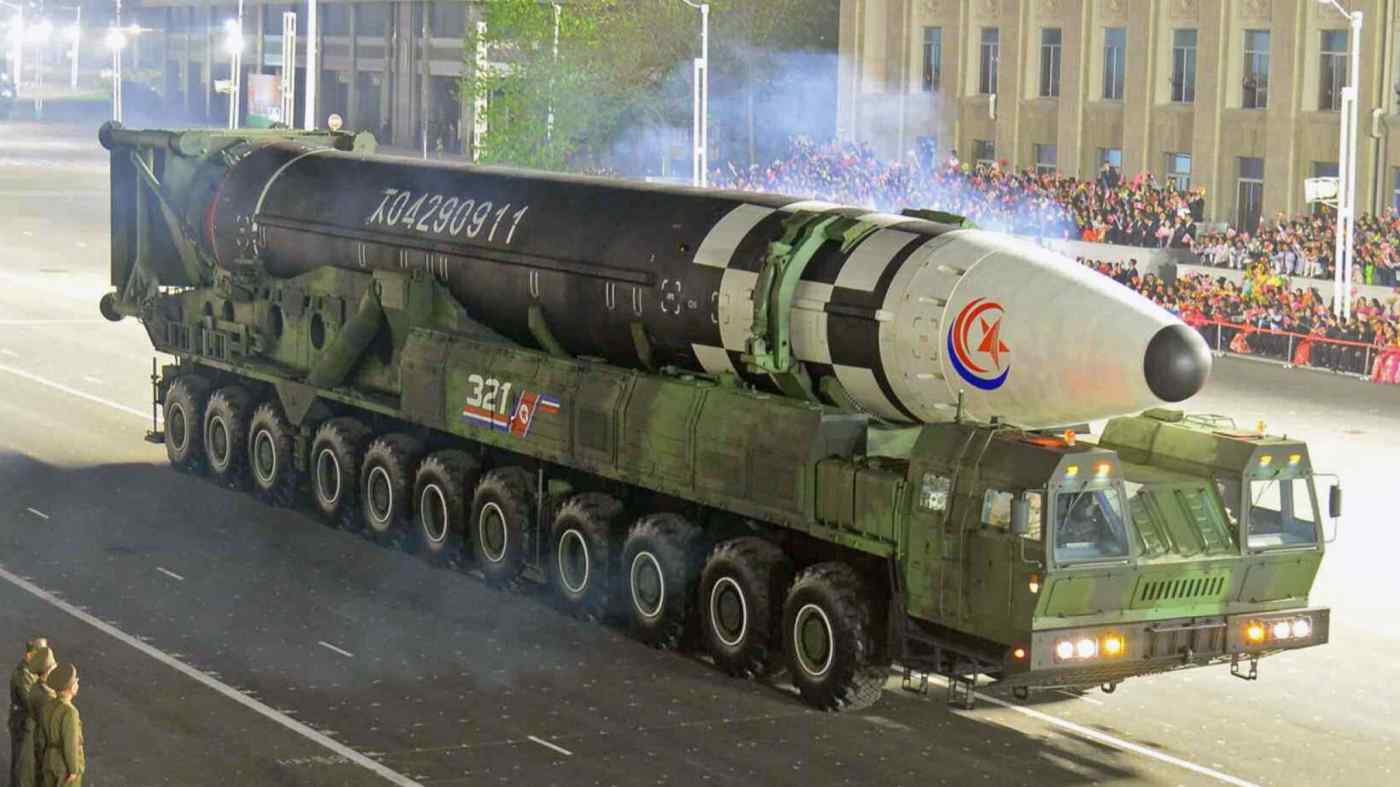 SEOUL/TOKYO -- The suspected intercontinental ballistic missile fired by North Korea on Friday could potentially reach anywhere in the U.S. if launched at a normal angle, military experts say, with Pyongyang likely showing off its progress in a warning to Washington.

The missile -- believed to be Pyongyang's new Hwasong-17 ICBM -- flew as high as 6,000 kilometers on a higher-than-usual "lofted" trajectory and reached a top speed of Mach 22 before landing in Japan's exclusive economic zone. This was a much better showing than a test earlier this month that apparently involved the same model, indicating steady progress by the country's missile program.