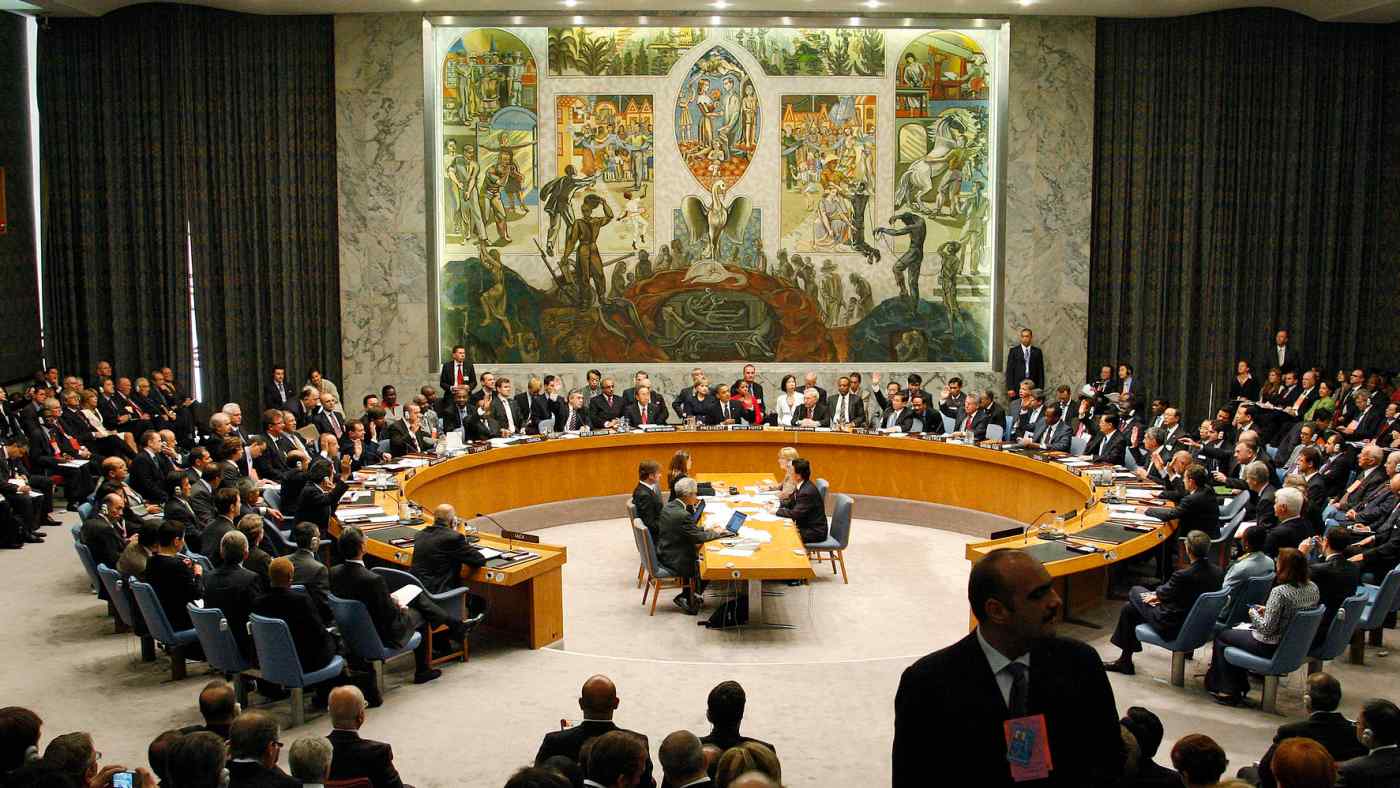 UNITED NATIONS -- North Korea launched cyberattacks on members of the United Nations Security Council this year, a panel of experts said in an unreleased report.

At least 11 officials from six members of the Security Council were targeted by a spear-phishing campaign, designed to extract information from specific individuals, led by North Korea's intelligence agency in 2020, according to a draft of the report submitted to the U.N. Security Council Sanctions Committee on North Korea.

Attackers had sent messages to their targets using Gmail and WhatsApp, posing as somebody else.

The draft report, expected to be published as early as next month, also outlined ways in which North Korea was circumventing U.N. sanctions. The country has been illicitly acquiring virtual assets such as cryptocurrencies to generate income under the sanctions, though it is unclear exactly how Pyongyang is cashing them out. It continues to send laborers to Russia and China to earn foreign currencies.

Restricted items are still making their way in and out of North Korea as well. North Korean coal exports stopped from late January to late March due to the coronavirus outbreak, according to the report. But they have since resumed using illegal ship-to-ship cargo transfers at sea. At least 32 ships left North Korean ports carrying coal as of May 7, a large portion of which ended up in China.

The country has acquired hazmat suits produced by American companies 3M and Dupont, which were seen on quarantine workers in March footage from the state-run Korean Central Television. Both companies "emphasized they were in compliance with the domestic law and did not export their products to sanctioned countries," according to the report.

The coronavirus limited North Korea's opportunities to import luxury products in the first half of the year. But there is evidence pointing to efforts to import Mercedes-Benz S-Class limousines, as well as the presence of Audi and Lexus vehicles.

The report also said North Korea has "probably developed miniaturized nuclear devices" that can be mounted on its ballistic missiles through its past six tests. The country continues to produce enriched uranium and construct a light water reactor.