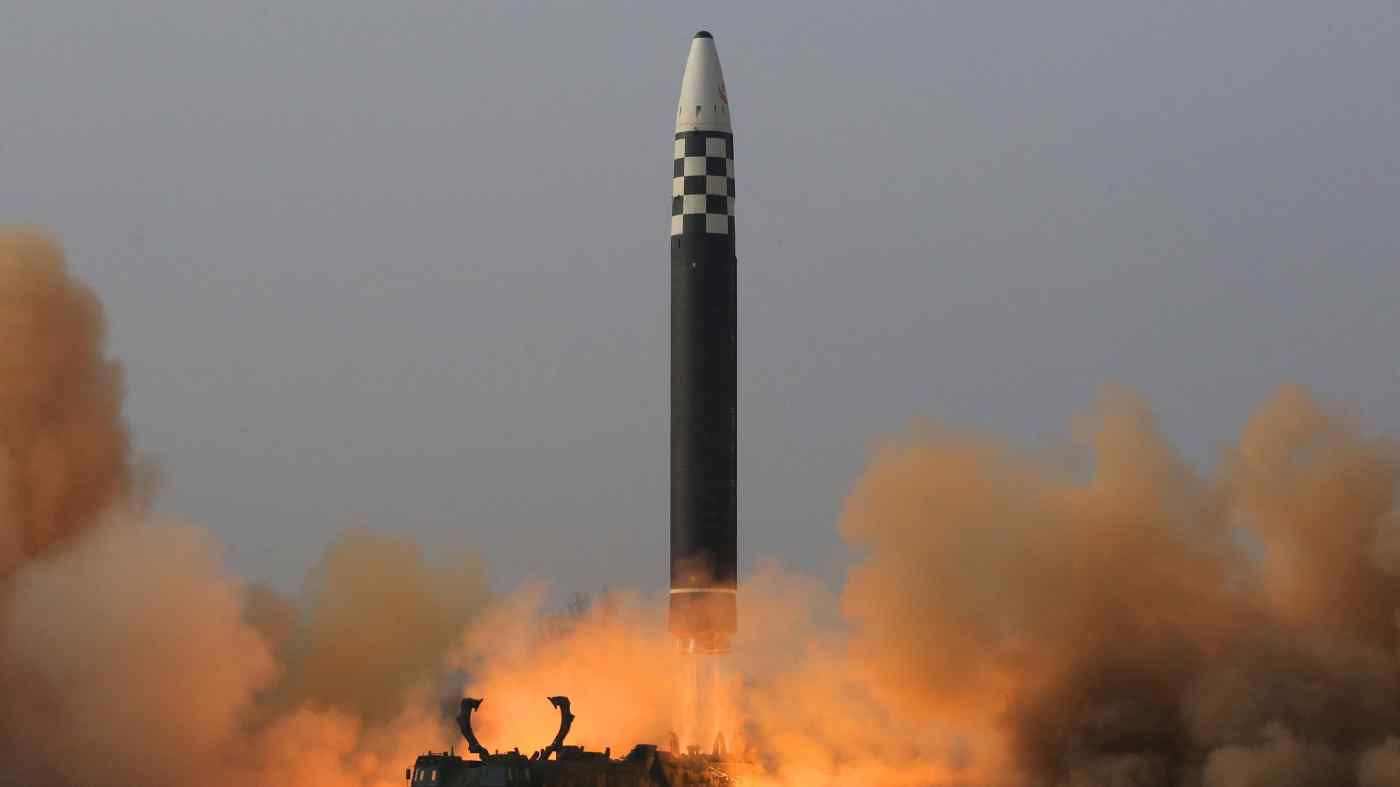 An undated photo released on March 24 appears to show the test firing of what North Korean state media reported as a "new type" of intercontinental ballistic missile for the country. (KCNA via REUTERS)
March 25, 2022 08:48 JST | North Korea
CopyCopied

SEOUL (Reuters) -- North Korea's latest launch was a huge, new intercontinental ballistic missile, state media reported on Friday, in a test leader Kim Jong Un said was designed to demonstrate the might of its nuclear force and deter any U.S. military moves.

It was the first full ICBM test by nuclear-armed North Korea since 2017, and flight data indicated the missile flew higher and longer than any of North Korea's previous tests before crashing into the sea west of Japan.