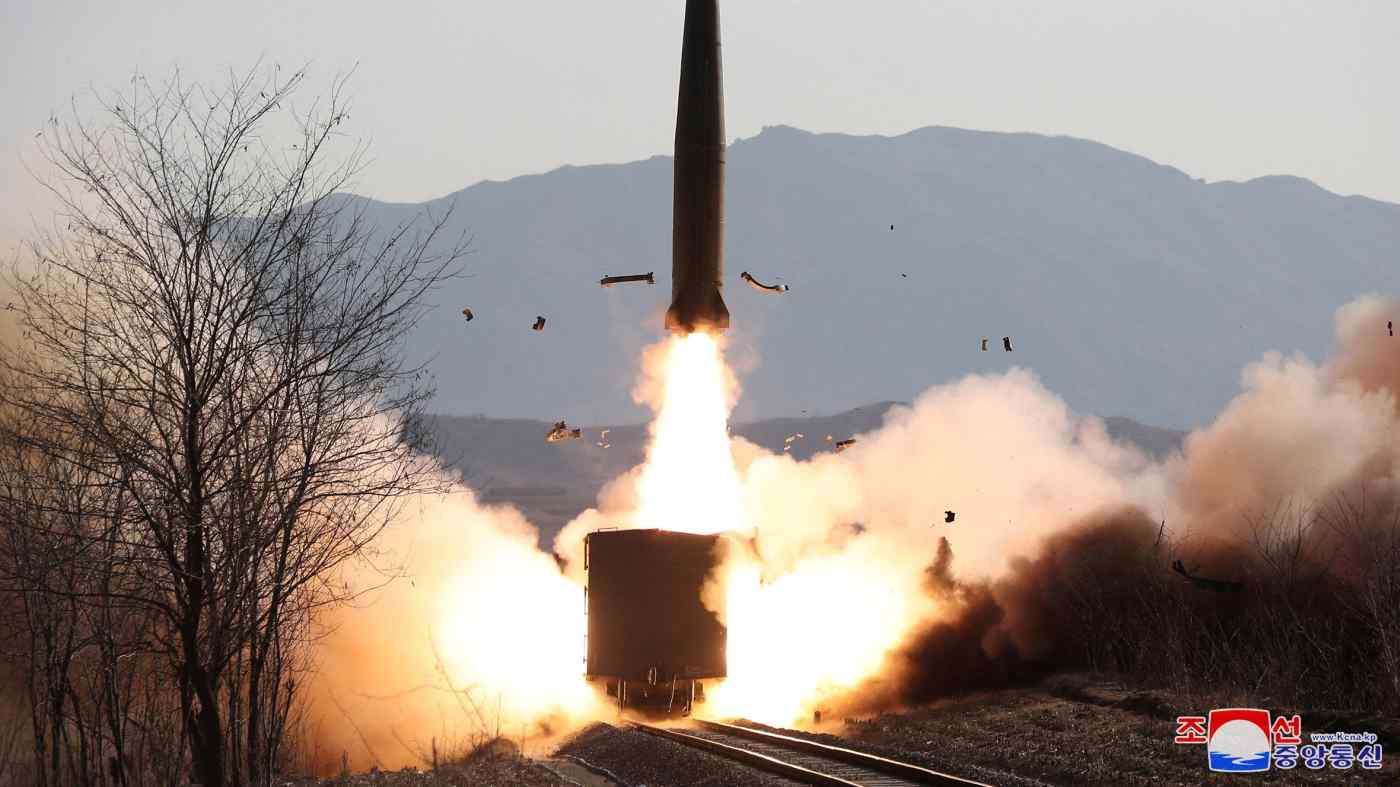 A railway-born missile is launched during firing drills at an undisclosed location in North Korea, according to the country's state media, in this photo released on Jan. 14. (KCNA via Reuters)
January 15, 2022 09:13 JSTUpdated on January 15, 2022 13:23 JST | North Korea
CopyCopied

SEOUL (Reuters) -- North Korea tested a railway-borne missile in its firing drills on Friday, state media KCNA said on Saturday, amid a U.S. push for fresh sanctions against the isolated state following its recent series of weapons tests.