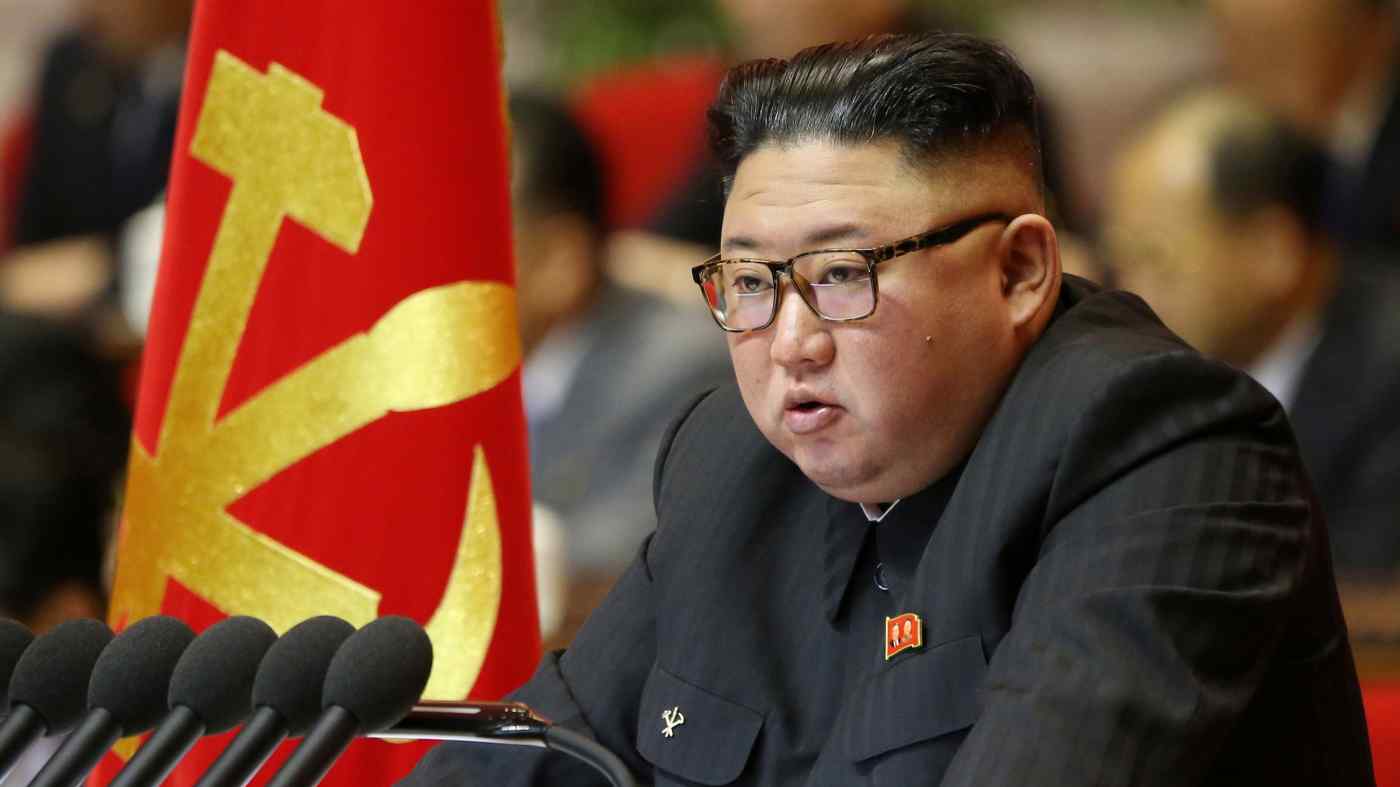 Kim, speaking at the Workers' Party of Korea's ongoing congress, emphasized the need to bolster his armed forces' capabilities after a rare admission that Pyongyang's economic policies had failed, the North's media mouthpiece reported on Thursday.

"[Chairman Kim] reassured that he would strengthen the state's defense power to the higher level to protect safety of the country and people as well as pave the way for establishing peaceful circumstances to build socialism," the Korean Central News Agency said.

North Korea is bracing for the changeover in the U.S. after four years of Donald Trump. Overcoming early tensions, Kim and Trump met three times and spoke of each other as friends, although they were unable to agree on the denuclearization of the Korean Peninsula.

Analysts say it would be constructive for negotiations if North Korea refrains from greeting Biden with a military provocation. But they stress the fundamental problem is that Kim wants regime-sustaining economic growth while retaining nuclear weapons.

In his opening address on Tuesday, Kim conceded that North Korea had failed to meet its goals in most economic sectors.

Experts say the North is feeling the pressure from United Nations sanctions as well as the coronavirus pandemic, even though Pyongyang insists it has not confirmed any COVID-19 cases.

Regardless of the actual virus situation within the reclusive state's borders, COVID-19 can "hit the North Korean economy seriously through various issues including North Korea-China trade," noted Cha Du-hyeogn, principal fellow at the Asian Institute for Policy Studies.

"It is impossible to earn foreign cash through tourism and export of human resources unless COVID-19 is stabilized," Cha said. "If the North Korean economy cannot find new momentum, people will raise questions about the leader's ability."

While Kim struggles to fix his poor economy, Biden is expected to appoint veteran diplomat and North Korea expert Wendy Sherman as a deputy to Secretary of State designee Antony Blinken, Politico reported. Sherman previously served as undersecretary of state for political affairs in the Barack Obama administration and was a lead negotiator for the Iran deal, intended to curb Tehran's nuclear program.