Stephen Biegun says he will urge his successors to continue engagement 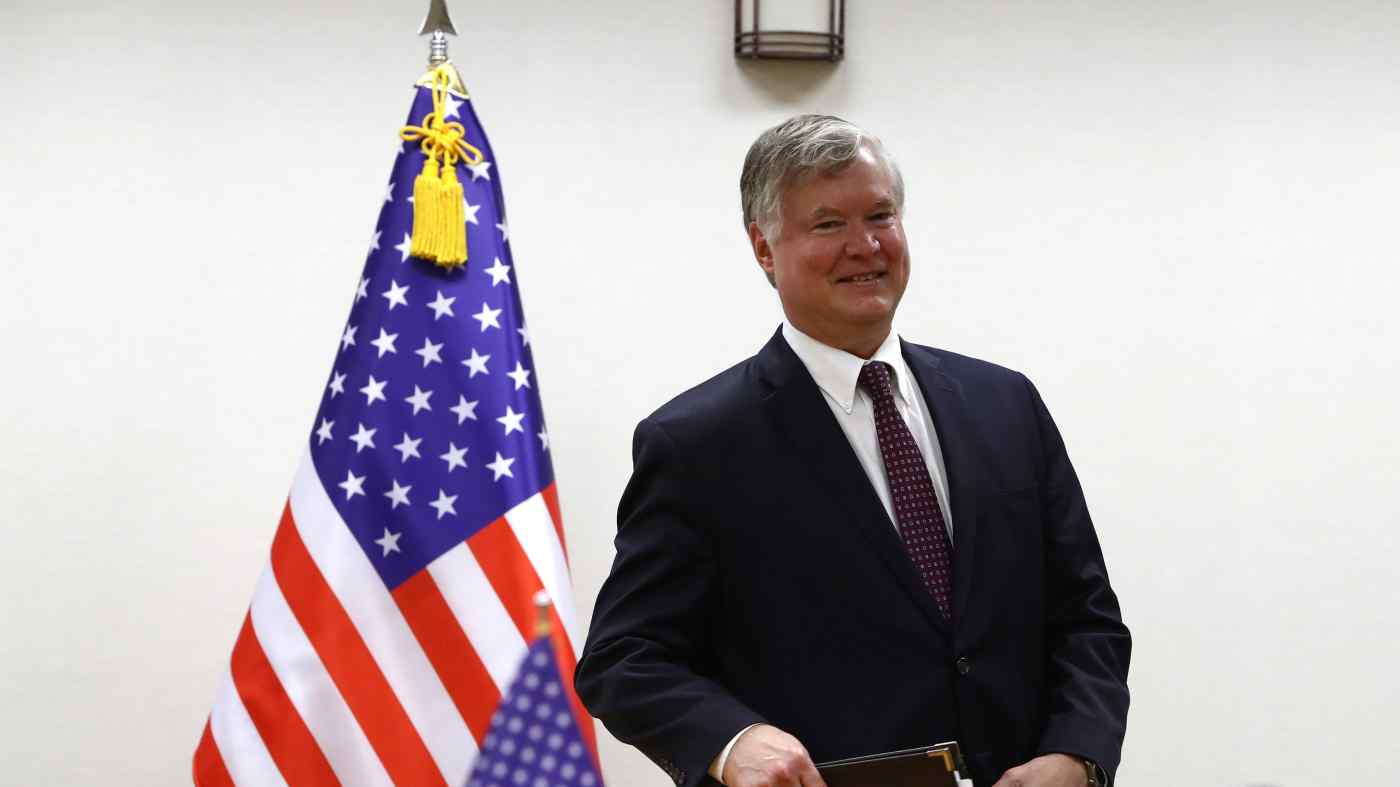 SEOUL (Reuters) -- Pyongyang squandered an opportunity to fundamentally reinvent its relationship with the United States during Donald Trump's presidency, Washington's top North Korea envoy said on Thursday, adding he will urge his successors to continue engagement.

Speaking to a think tank in Seoul during a visit to meet with South Korean security officials, U.S. Deputy Secretary of State Stephen Biegun admitted he was disappointed denuclearisation negotiations had stalled and that more progress was not made during his time leading those efforts.

"Regrettably, much opportunity has been squandered by our North Korean counterparts over the past two years, who too often have devoted themselves to the search for obstacles to negotiations instead of seizing opportunities for engagement," he said, according to his prepared remarks.

Still, he defended Trump's decision to focus on top-level diplomacy with leader Kim Jong Un, and to eschew small steps in favor of seeking a major agreement under which North Korea would surrender its nuclear weapons and the two sides would normalize relations.

"This vision was a bold one, and it made the many advocates of incrementalism uncomfortable," Biegun said.

After trading insults and nuclear threats that had pushed their countries to the brink of war, Trump and Kim met for the first time in Singapore in 2018, where they signed a general declaration calling for denuclearisation and new relations between the two old adversaries.

After working-level talks Biegun helped lead, the two leaders held their second meeting in the Vietnamese capital of Hanoi in 2019 but failed to reach a deal.

Subsequent talks failed to make progress and Pyongyang has rebuffed Biegun's calls for more engagement, saying the U.S. does not appear serious about dropping its hostile policies.

Biegun called for North Korea to resume talks in the coming months.

With Democratic president-elect Joe Biden due to replace Trump in January, Biegun said he had a message for the incoming team: "The war is over; the time for conflict has ended, and the time for peace has arrived."