North Korean ship seized by US as provocations escalate 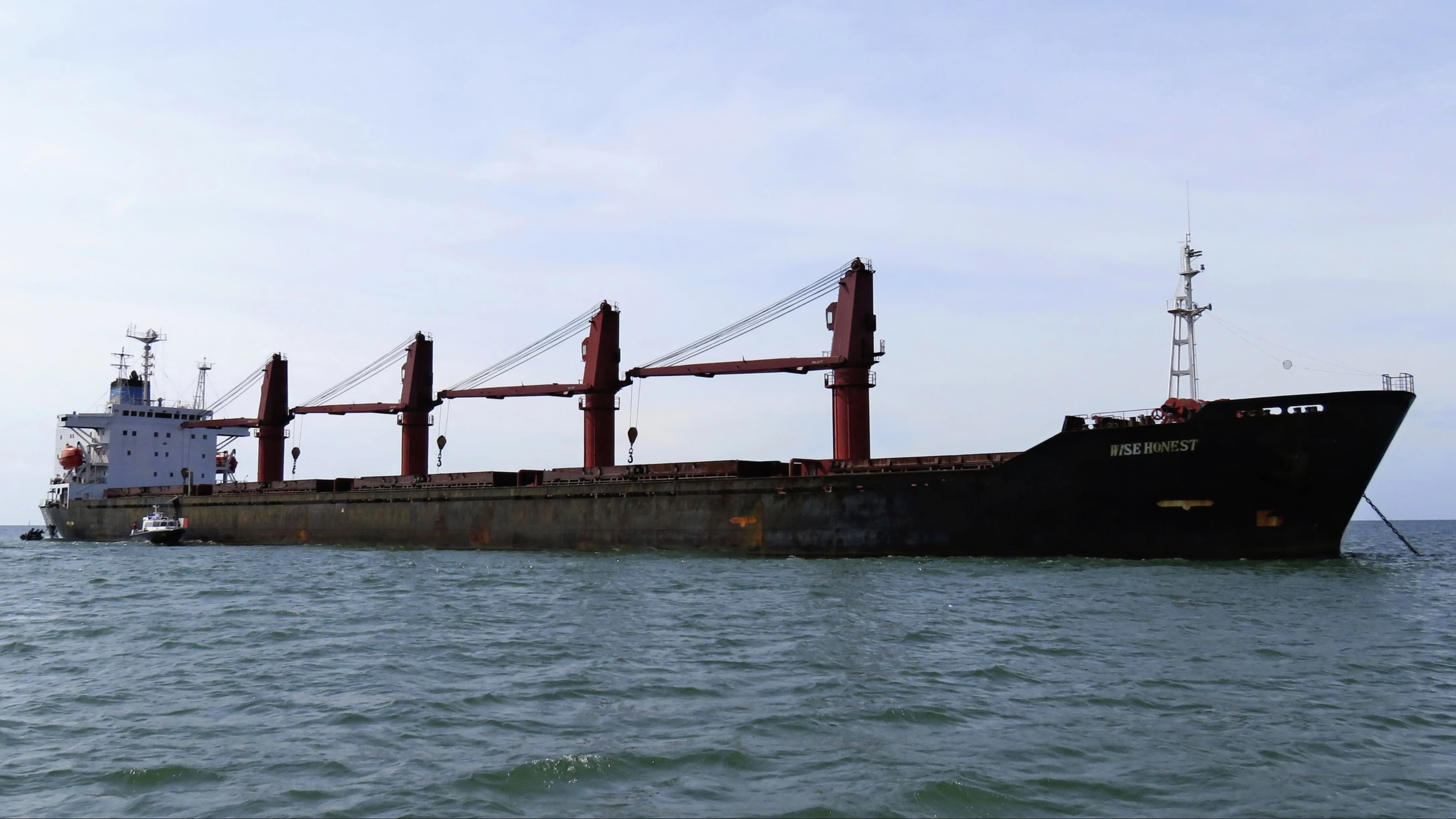 SEOUL -- The U.S. has seized a North Korean cargo ship as Pyongyang conducted its second missile test in less than a week on Thursday.

The North fired off what is believed to be a pair of short-range missiles in succession at 4:29 p.m. and 4:49 p.m. from the northwest region of Kusong, South Korea's Joint Chiefs of Staff said in a statement. The missiles traveled east 420 km and 270 km respectively, attaining an altitude of 50 km before landing in the sea. Kusong is known to contain missile-staging areas.

"I know they want to negotiate, they're talking about negotiating," Trump said. "But I don't think they're ready to negotiate."

The U.S. Justice Department announced Thursday the seizure of a North Korean cargo ship for illicit coal shipments in violation of American and United Nations sanctions.

"The two North Korean short-range missile tests and the United States decision to [seize] a North Korean cargo vessel highlights the game of chicken between Pyongyang and Washington," said Chung Min Lee, a senior research fellow at the Carnegie Endowment for International Peace. "Kim Jong Un and Trump both came away from Hanoi empty-handed and they're now involved in shadow boxing."

The latest launch comes after Trump showed a seeming lack of concern for Saturday's test, which involved multiple projectiles that traveled as far as 240 km. The greater distances of Thursday's launch suggest that North Korean leader Kim Jong Un is ratcheting up his saber-rattling. South Korean experts increasingly expect such provocations to continue until the U.S. indicates a willingness to ease the economic sanctions. They believe Pyongyang will escalate its actions within the bounds that will not prompt Washington to break off dialogue.

"I would like to warn North Korea that it would make conditions difficult for dialogue if they continue with this kind of behavior," Moon said.

When Kim met with Trump in Hanoi in late February, the young autocrat attempted to secure sanctions relief in return for a partial dismantlement of the North's nuclear program. The two parted ways without inking a deal.

Following Saturday's test, Trump struck a conciliatory tone on Twitter. "He also knows that I am with him & does not want to break his promise to me," Trump wrote that day, referring to Kim. "Deal will happen!"

The North Korean regime's gambit did not have the anticipated effect, considering Trump kept the window of communications open without indicating a willingness to make concessions on sanctions.

"Trump badly wants to show his negotiating prowess before the 2020 election season but neither can he afford to have a major North Korean crisis," said Lee. "So the two will carry on their shadow boxing for domestic consumption without irreversible escalation."