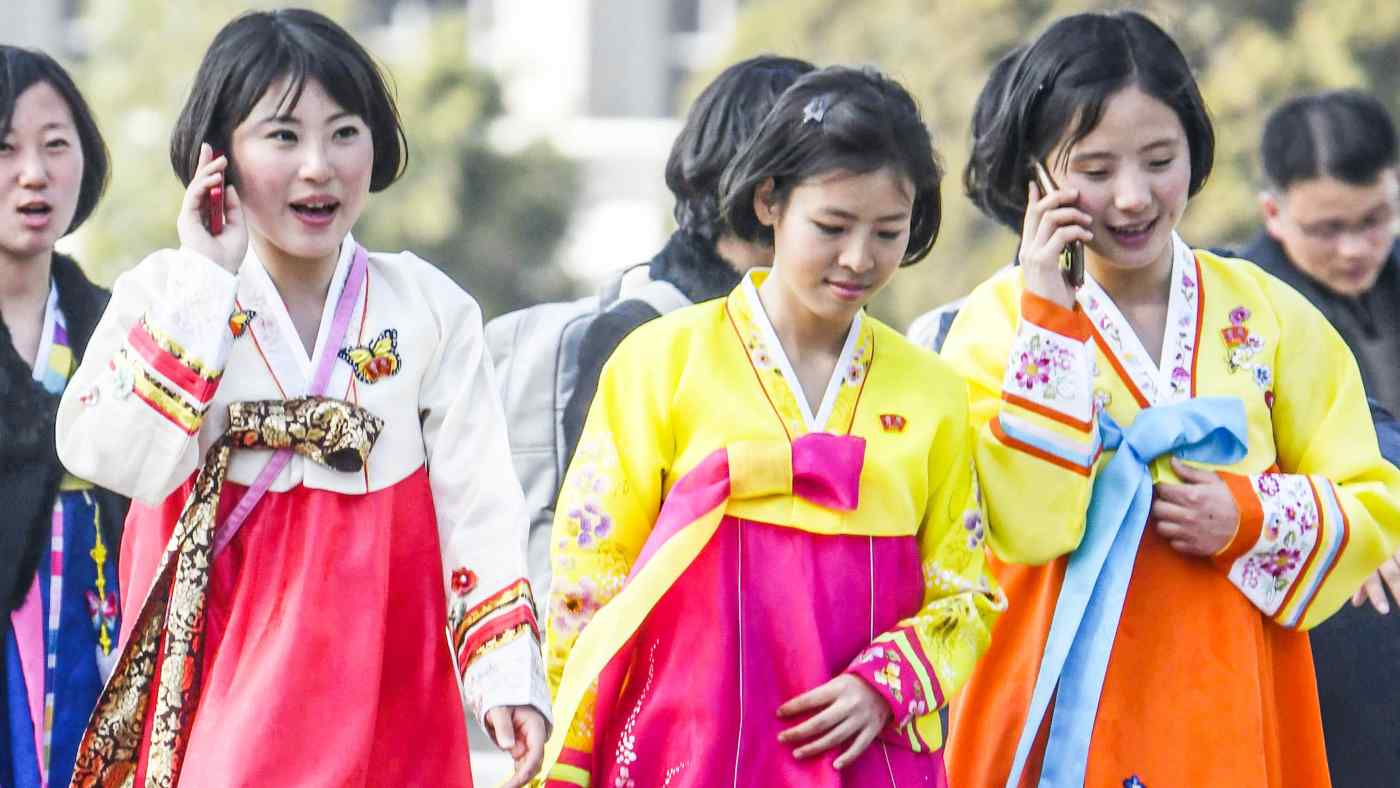 SEOUL -- South Korea is one of the most plugged in countries on earth, with more smartphones in use than people. But across the 38th parallel, North Koreans are also beginning to enjoy the benefits of mobile communication, albeit without access to the outside world.

The isolated nation has been making smartphones for about five years, with three domestically produced brands available for sale: Arirang, Pyongyang and Jindallae. The number of users topped 3.8 million in 2017, equal to 15% of the population, according to South Korea's statistics agency. Many also use Chinese mobiles.

Lee, a 50-year-old North Korean defector was amazed at how advanced South Korea was when she arrived five years ago, saying the busy shopping districts of Seoul and the KTX bullet train took her breath away. But smartphones, she said, were something she was at home with.

She said a relative in the North had given her a Chinese smartphone for calls, text messages and playing simple games.

"Most residents in Pyongyang use smartphones," said Lee who asked to be identified only by her surname. "At first, they were used by traders, party officials and merchants who need quick communications for business. But later they became popular among ordinary people."

Kim Bong-sik, a researcher with the Korea Information Society Development Institute, said North Korea has produced its own smartphones and tablet PCs since 2014 to prevent its foreign currency from flowing out to China.

"North Korean brands offer voice calls, games, pop songs and allow people to watch dramas," Kim said in a report based on comments from North Korean defectors. "But international calls and internet access are not possible."

Kim said handset prices range between $100 and $400. A basic monthly fee of about 12 cents, or 1,000 North Korean won, allows 200 minutes of free phone calls and 200 text messages. A higher charge of $13 is applied for an additional 100 minutes of calls. Registration is limited to one handset per person.

Ed Jones, a Seoul-based AFP photo journalist who often travels to Pyongyang, said the brands use the Android operating system.

Jones said libraries in Pyongyang have books on Android and Apple's iOS, indicating that North Korean students and scholars are learning about the U.S. operating systems.

People play games with apps, which they have to download from offline physical stores. Alek Sigley, an Australian graduate student at Kim Il Sung University in Pyongyang, said a wide range of apps is available, from games and entertainment to business and education. Many, he said, appear to be Korean translations or modifications of overseas offerings, with some locally made games.

"Apps such as North Korea's Netflix equivalent, 'Naui Kiltongmu' ('My Companion'), and various music ('Meari') and eBook ('Ryomyong' and 'Kwangmyong') apps" are available, Sigley said in a column for NK News in February.

While smartphones make life more convenient for many North Koreans, the government in Pyongyang does not allow connections to the outside world. South Korea's Unification Ministry said the regime is worried that people can obtain "unhealthy" information that could threaten the Kim dynasty.

The use of phones is limited to the country's state-run intranet. Exceptions are made for foreigners. For example, the British ambassador regularly posts pictures of his weekend walks and travel around the country on his Twitter account.

However, some residents living near the Chinese border can access the internet via China's wireless network, the ministry said, based on reports from North Korean defectors. To do so is very risky. Anyone caught listening to "enemy" broadcasts or accessing information from outside the country faces up to five years of hard labor, according to the Unification Ministry.