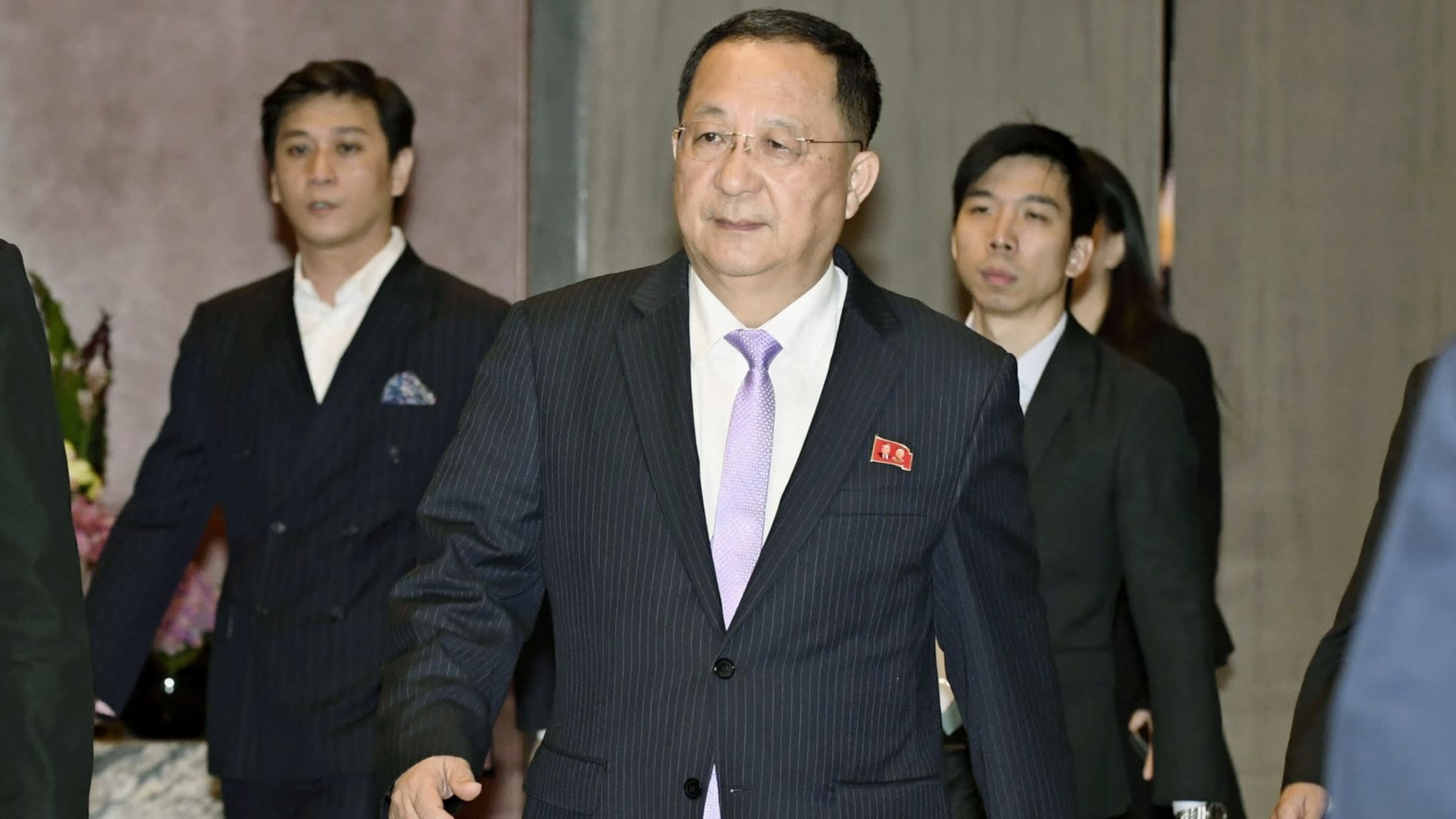 SINGAPORE -- Having achieved little progress toward its goals since the historic summit with the U.S. over a month ago, North Korea is ramping up a charm offensive to build international pressure for an official end to the Korean War.

Ri also spoke briefly with Japanese Foreign Minister Taro Kono and South Korean counterpart Kang Kyung-wha. Kang requested a formal meeting, but Ri said he was not in a position to accept, according to the South's Yonhap News Agency.

The U.S. insists that the North take concrete action toward dismantling its nuclear program, like offering details on its facilities and setting out a clear process. But Pyongyang wants to put an official end to the Korean War before making any such moves, and aims to change Washington's mind by getting the international community on its side.

Economic sanctions remain a sticking point as well. North Korean leader Kim Jong Un hoped to persuade the rest of the world to lift sanctions in order to get his nation's economy back on track, but a lack of progress on denuclearization has only caused the U.S. to further dig in its heels on the penalties. Pyongyang could try to make the case that these sanctions are unfair at the ASEAN Regional Forum on Saturday.

Russia, like China, has pushed to ease sanctions in the United Nations Security Council, trying to expand Moscow's clout over the Korean Peninsula. Economic activity appears to have increased along the Russia-North Korea border.

The chairman's statement from the forum likely will call for lasting peace and stability on a denuclearized Korean Peninsula, according to a draft obtained Friday by Nikkei. The document at that time did not echo American demands for a "complete, verifiable and irreversible denuclearization" as supported by Japan and Singapore, this year's ASEAN chair. The debate on the exact language appears likely to continue until the last minute.

Whether Ri will speak with U.S. Secretary of State Mike Pompeo on the sidelines of the ASEAN forum remains an open question. But Pompeo's counterpart in negotiations has been Kim Yong Chol, vice chairman of the Workers' Party of Korea, which makes a substantive conversation unlikely even if Ri and Pompeo were to meet.

North Korea is behaving in a manner "inconsistent" with Kim's promise to denuclearize, Pompeo told reporters en route to Singapore. "We still have a ways to go to achieve the ultimate outcome we're looking for," he said.

However, not all is bleak. U.S. President Donald Trump tweeted Wednesday that he received a "nice letter" from Kim Jong Un. "I look forward to seeing you soon!" he said. Another summit between the two leaders is possible.