Hotels and condominiums have been built in Dandong, next to the old bridge, which is currently in use. (Photo by Akira Kodaka)
DAISUKE HARASHIMA, Nikkei staff writerJune 21, 2018 05:00 JST | China
CopyCopied

DANDONG, China -- As the Korean Peninsula heads toward a more peaceful environment, the real estate market is already booming in Dandong, a northeastern Chinese city on the border with North Korea.

At the end of May, a signboard appeared in Dandong advertising “Rooms with a superb view of the river." The sign’s owner is a man in his 40s who runs a real estate business. “You are slow to come," he said with a smile. "Prices have already risen as much as 40% on average.”

He said real estate players have flocked to Dandong from Shanghai, Guangzhou and elsewhere since Chinese President Xi Jinping met with North Korean leader Kim Jong Un in Beijing in late March. Kim's latest visit on Tuesday, in which he discussed economic cooperation in detail with Xi, will further spur such interest.

The city in Liaoning Province lies at one end of the New Yalu River Bridge, a brand-new suspension bridge across the river separating the two countries. The bridge was finished four years ago but has yet to open to traffic. Still, there are rising hopes that if economic exchanges proceed, the bridge will become a major trade link.

That is why prices for even the cheapest condos near the river have already soared from 4,000 yuan ($623) to 6,000 yuan per square meter. The owner of the sign expects prices to reach at least 15,000 yuan if the bridge opens. The New Yalu River Bridge is ready for use, though the access road at the North Korean end remains unpaved. (Photo by Akira Kodaka)

Dandong sits in a strategic position on the border, and 70% of Sino-North Korean trade passes through it. The city is also dotted with factories and restaurants employing North Korean workers. Not surprisingly, Sino-North Korean relations have always had a strong effect on the local economy.

Kim Jong Un's late uncle, Jang Song Thaek, once used his connections in China and sought to strengthen bilateral relations. China cooperated with North Korea on the construction of the New Yalu River Bridge and an economic development zone. All of this sent expectations for development sweeping through Dandong, but the hopes were dashed when Jang was executed in 2013 at Kim's behest. 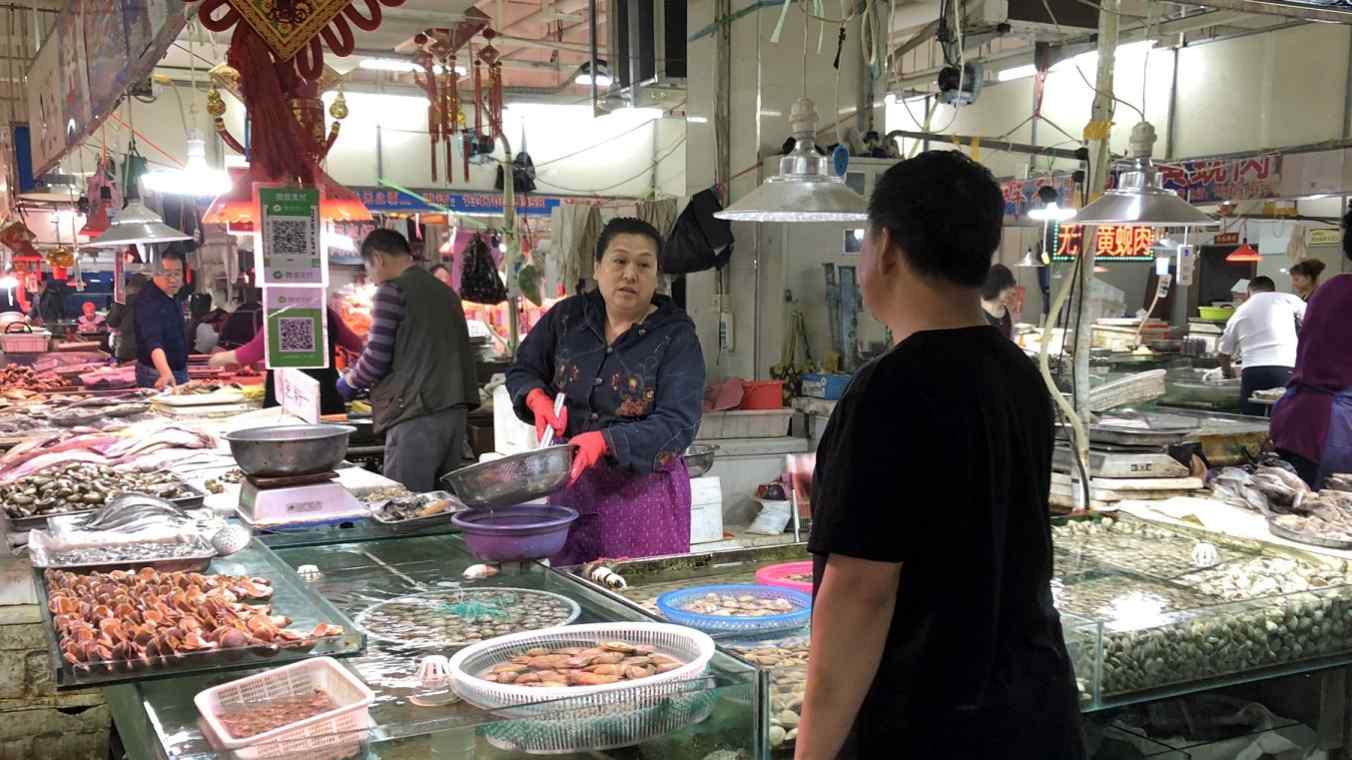 The access road to the North Korean end of the bridge remains unpaved, while the planned site for the economic development zone in North Korea is overgrown with weeds.

Dandong’s economy has been mired in the doldrums in the past several years, partly because it has suffered from the tougher international sanctions against North Korea. Now, the buzz is back, but it remains to be seen whether the city -- and the rest of the region -- will reap the benefits of denuclearization and the rebuilding of North Korea's economy.

The United Nations has imposed severe restrictions on the employment of North Korean workers as well as transactions with North Korean companies. But employers in China are struggling to cope with rising wages and a high turnover rate among young people.

Under the circumstances, North Koreans are “personnel China wants very badly,” as they are perceived to be more diligent than Chinese and are paid 50% less, noted a local Japanese company.

Even with the sanctions still in place, real estate buyers and other enterprising Chinese are eyeing future business possibilities in Dandong.