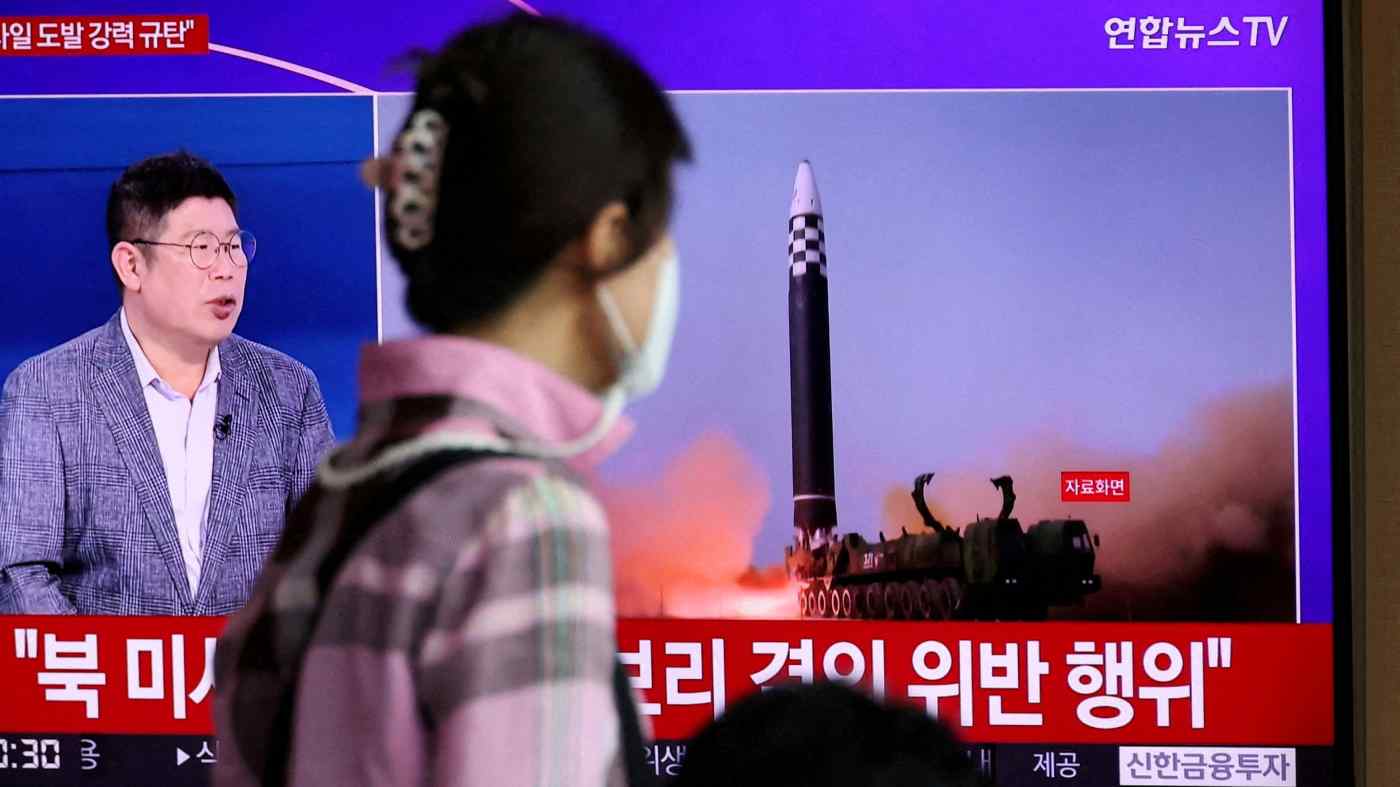 The three-way meeting of the countries' No. 2 diplomats, the first such gathering since November and the first since South Korea's President Yoon Suk-yeol took office in May, highlighted the urgency and gravity of North Korea's intensifying weapons tests.

Mori's visit also marked such trip by the Japanese vice foreign minister since late 2017 amid strained bilateral ties over issues, including Japan's occupation of the Korean Peninsula and wartime labor.

Seoul and Washington officials have said North Korea is ready for what would be its first nuclear test since 2017, which Sherman has said would trigger a strong and clear response.

The trio urged Pyongyang to abide by international sanctions and immediately cease actions that "escalate tensions or destabilize the region," a joint statement said.

They also pledged to ramp up trilateral security cooperation to curb the North's threats, with Sherman reaffirming U.S. defense commitments, including extended deterrence.

"They stressed that a path to serious and sustained dialogue remains open and urged the DPRK to return to negotiations, while also expressing their hope that the DPRK will respond positively to international offers of assistance to fight against COVID-19," the statement said, referring to North Korea by the initials of its official name, the Democratic People's Republic of Korea.

North Korea has carried out at least 18 rounds of weapons tests this year, underscoring its evolving nuclear and missile arsenals.

The allies launched eight surface-to-surface missiles on Monday in their own show of force in response to the North's test.

South Korea's President Yoon Suk-yeol, who took office in May, and U.S. President Joe Biden vowed at their recent summit to deploy more U.S. strategic military assets as part of efforts to bolster the extended deterrence.

North Korea has been grappling with its first confirmed coronavirus outbreak since last month. It has reported more than 4.2 million patients with fever symptoms among its 25 million population, but never confirmed how many tested positive for the virus, lacking test kits and medical supplies.

Seoul and Washington said they had respectively offered COVID aid but Pyongyang did not respond, even as the World Health Organization warned of a worsening COVID-19 situation there.

"The United States remains prepared to meet the DPRK without preconditions and we iterate again, we have no possible intent toward the DPRK," Sherman told a joint news conference.