South Korea flies tangerines to North in appreciation for mushrooms 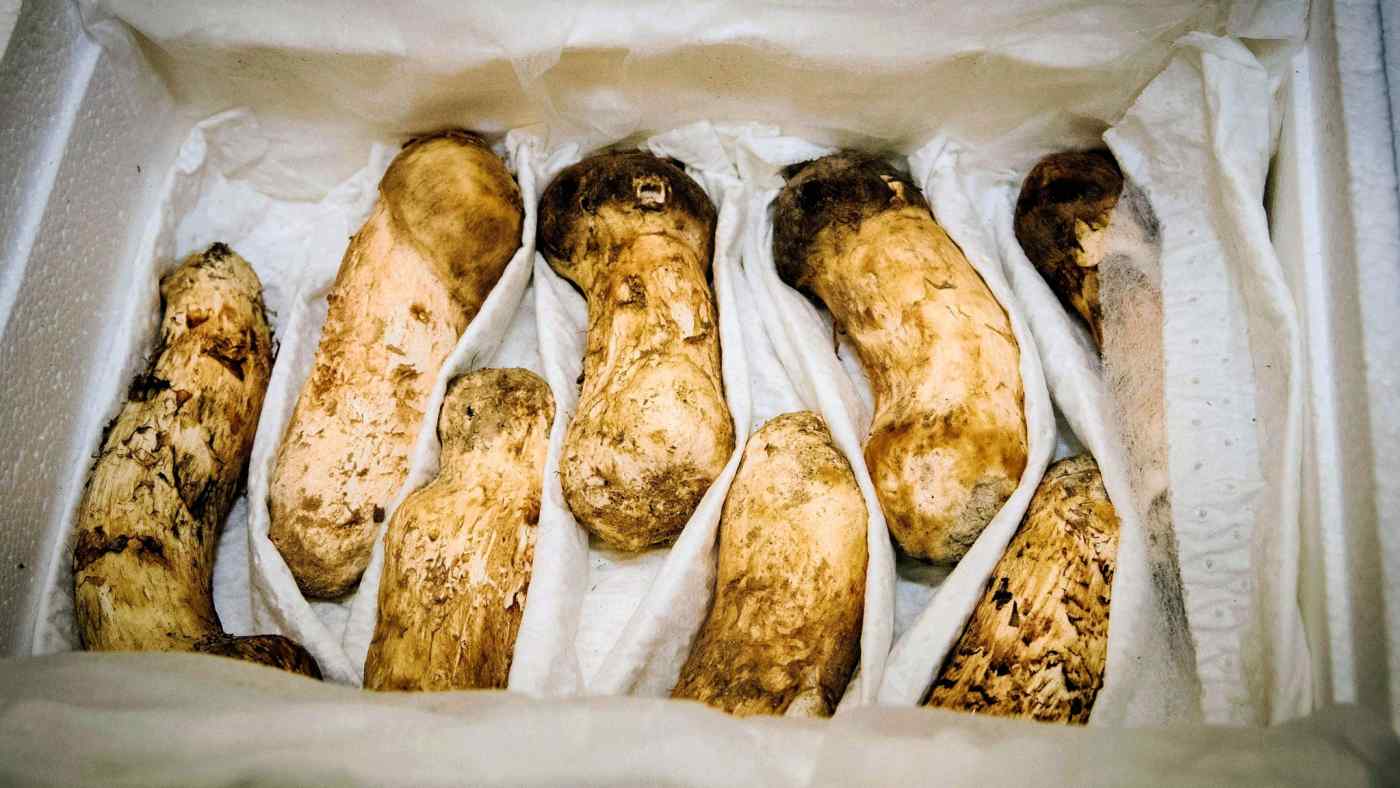 The mushrooms were sent by the North to South following the inter-Korean summit in Pyongyang in September.   © Kyodo
November 11, 2018 22:12 JST | South Korea
CopyCopied

SEOUL (Kyodo) -- The South Korean presidential office announced Sunday that it was sending 200 tons of tangerines to North Korea in return for mushrooms received from the North in September.

According to the announcement, the tangerines are being transported to Pyongyang in four shipments over Sunday and Monday from the southern island of Jeju via air force cargo planes.

Tangerines were chosen as a reciprocal gift for the mushrooms, which were sent by the North following the inter-Korean summit in Pyongyang, because they are currently in season and not commonly available to North Koreas.

Vice Unification Minister Chun Hae Sung accompanied the first shipment, which departed from Jeju in the morning, it said. The island is located off the southern coast of South Korea and is known for its citrus harvest.

A presidential spokesman confirmed that the tangerines do not violate international sanctions on North Korea.

In September, North Korean leader Kim Jong Un sent 2 tons of pine mushrooms to celebrate the inter-Korean summit between himself and South Korean President Moon Jae In. They had an estimated total value of 1.5 billion won.