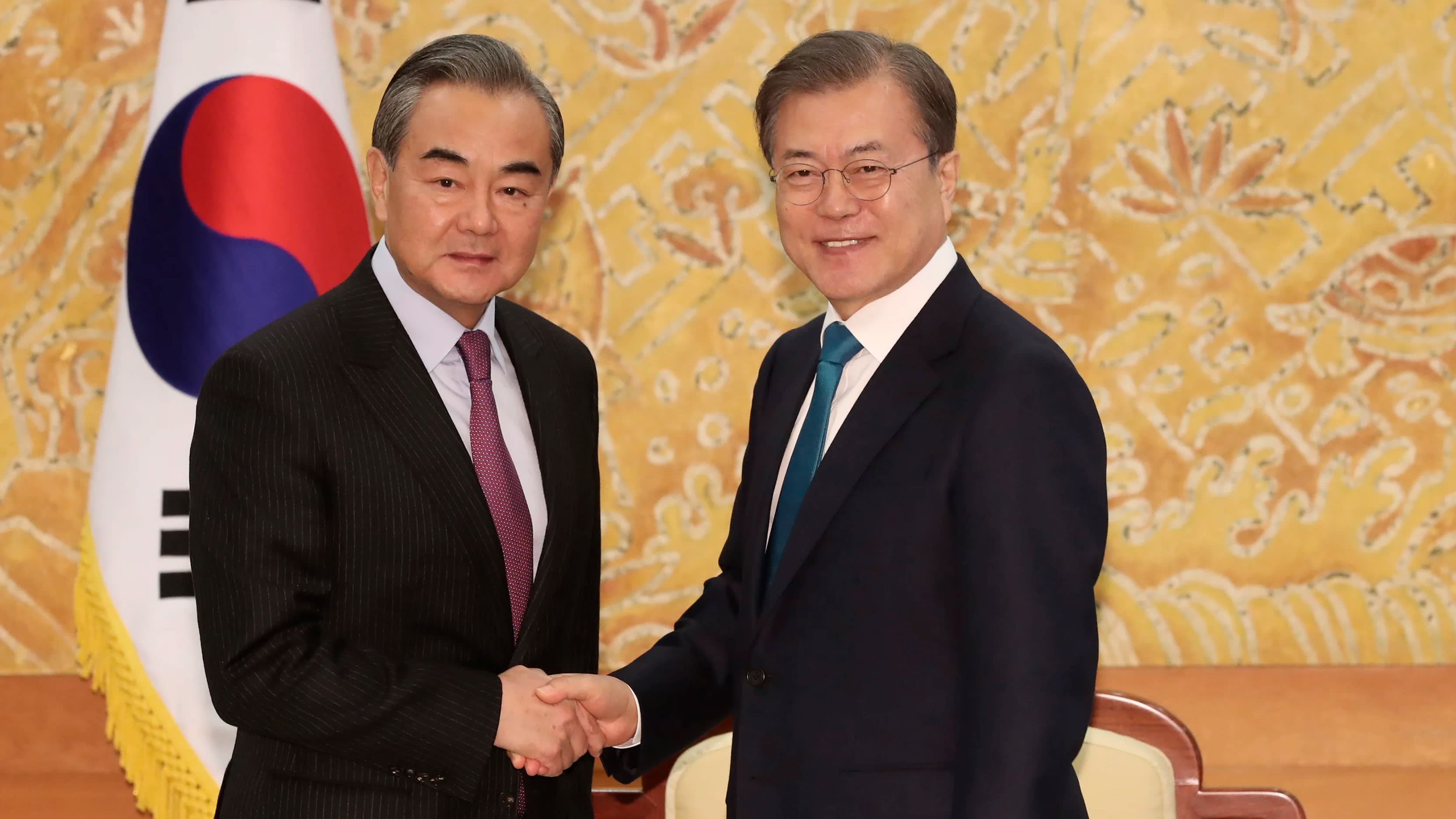 "A process for complete denuclearization and establishment of sustainable peace on the Korean Peninsula is at a crossroads now," Moon told Wang at meeting in Seoul on Thursday. "I ask the Chinese government to pay attention to and support for the nuclear-free and peaceful Korean Peninsula continuously until it is realized."

The meeting came a day after North Korean state media released photographs of leader Kim Jong Un and his entourage riding magnificent white horses around Mt. Paektu, where legend has it that his grandfather, Kim Il Sung, led guerrilla warfare against Japan in the early 20th century.

Kim Jong Un has often visited the site -- his father is also said to have been born there -- before making big decisions. The leader will host a meeting of the ruling Workers' Party of Korea later this month to discuss "critical issues," according to the state news agency.

North Korea has also set a "year-end deadline" for the U.S. to come up with a new proposal to break the stalemate in place since talks broke down in Sweden in October. One top Pyongyang diplomat said this week that "it is entirely up to the U.S. what Christmas gift it will select to get."

But before they can effectively deal with the North together, Seoul and Beijing had to focus on putting their differences behind them.

Relations have strained since South Korea deployed a U.S. antimissile system on its soil in 2017. The installation of the Terminal High Altitude Area Defence (THAAD) system prompted Beijing to retaliate economically, prompting a nose-dive in tourism to South Korea and purchases of good such as cosmetics.

But on his first visit to Seoul since 2014, Wang appeared to be more concerned about China's trade spat with the U.S.

"The current international affairs are threatened by unilateralism and power-driven politics," Wang said. "Both China and South Korea should protect multilateralism and free trade by strengthening dialogues and cooperation as neighbors."

He added, however, that relations between Beijing and Seoul had been on an "upbeat trend."

But analysts said that Wang's visit is overdue and is not likely to meet South Korean expectations.

"But Wang is unlikely to deliver anything to Seoul for free," Easley said. "He will instead focus on what can be accomplished during Moon's visit to Chengdu later this month."

Moon will go to the southern Chinese city in the late December to attend a trilateral summit with the leaders of China and Japan.

But the issue of North Korea is also likely to hang over that meeting.

On Wednesday, North Korea's military chief Park Jong Chon said that Trump's suggestion this week he could use force against Pyongyang, would "prompt corresponding actions at any level."

In an op-ed for NK News this week, Kookmin University Professor Andrei Lankov, who attended Kim Il Sung University in the 1980s, wrote that North Korea is ready to turn up the tensions in 2020.

"Missiles will fly, aircraft carrier groups will steam to the peninsula at full speed, and insults will be traded. Even a nuclear explosion or two is possible. The rhetorical preparations have already begun," Lankov wrote.

But, the Russian scholar added: "Each side will bark a lot, but neither will bite."