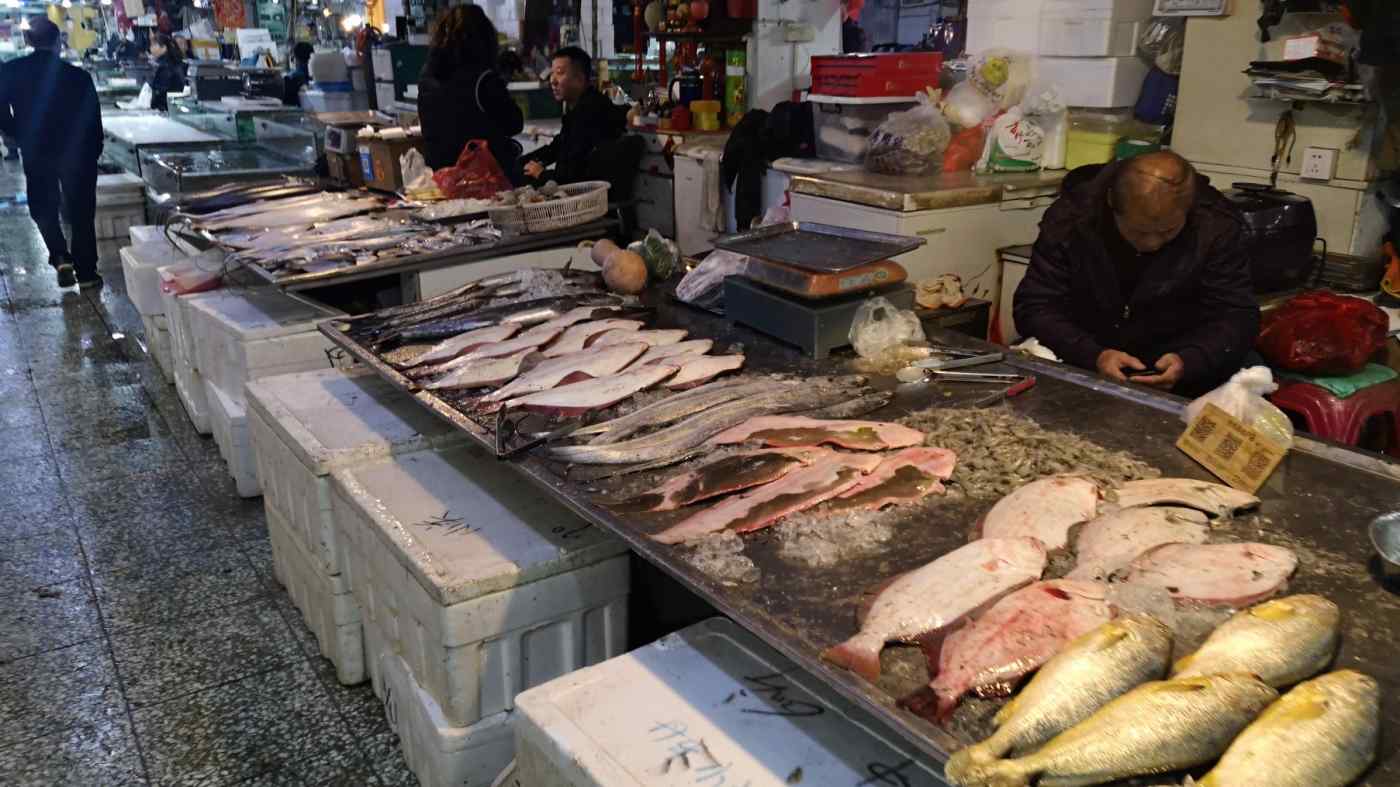 DANDONG, China -- Many North Korean restaurants operating here, on the Chinese side of the Yalu River, continue to employ workers from their home country despite United Nations sanctions banning such a practice.

"I don't know when I can return to my country, so I will continue working here," said one North Korean waitress, referring to a travel ban put in place due to the coronavirus pandemic. She added that many North Koreans also work in Shenyang and other Chinese cities.

The number of such stranded North Koreans is estimated to reach tens of thousands in Dandong alone. By working in defiance of the U.N. sanctions, they provide Pyongyang with crucial foreign currency income as the pandemic stifles trade with China.

"North Koreans have not returned to their country since January, and they continue to work here," the Chinese manager of a trading company handling cross-border commerce.

There are over 100 factories in Dandong that hire North Korean workers, according to the manager. They make a range of products from clothing and electronics to processed seafood.

A North Korean laborer earns about 2,000 yuan ($300) a month, or about half the pay of native Chinese workers. This works to Chinese employers' advantage.

In December 2017, the UN Security Council issued sanctions mandating that member nations repatriate North Korean migrant workers within two years. The aims was to cut off Pyongyang's source of foreign currency used to finance the development of nuclear weapons.

Most of the North Korean workers in China reportedly returned to their home county briefly in December last year, only to shuttle back across the border. North Korean troops guard the border on the shore opposite Dandong, China. (Photo by Shin Watanabe)

The COVID-19 outbreak that ripped through China prompted North Korea to close its borders in late January. The regime halted all flights and trains leaving China and Russia, and overseas arrivals were prohibited.

These measures left the remaining North Korean migrant workers in China with no way of returning home. Although their temporary work visas have expired, Beijing is tacitly allowing the workers to stay.

The Chinese government insists that it is enforcing UN resolutions, but the reality in this border town suggests otherwise.

North Korea previously had about 100,000 workers overseas, according to U.S. State Department estimates, with China taking in the bulk of them. The North Korean government collects over $500 million annually from these workers, indicating that migrant workers have become the leading source of foreign currency.

China also accounts for about 90% of North Korean trade. But imports and exports with China between January and August have plunged 70% on the year, data from China's General Administration of Customs show.

Since foreign currency from international trade has dwindled, North Korea has found itself ever more dependent on migrant workers.

Multiple vendors at a Dandong seafood market told Nikkei that their marine products are all Chinese-made, and none can be traced to North Korea. North Korean exports of seafood are banned by UN sanctions, but the North had flouted those rules up until last year. This memorial in Dandong exhibits Chinese tanks and warplanes that took part in the Korean War. (Photo by Shin Watanabe)

North Korean crab and shrimp had found their way into China via Chinese vessels that purchase the products. But because of border controls, those ships have been prevented from entry.

There were businesses selling artwork from North Korea, but this too became the subject of the export restrictions. One art gallery in Dandong shut down in January.

China sends human hair to North Korea where it is made into wigs to be exported back to China. The trade once thrived, since wigs are classified as a light industrial product exempt from sanctions, but the border closures have now limited deliveries.

To replace the lost output from North Korea, multiple garment factories in Dandong that employ North Koreans have been making wigs since January.

North Korea's gross domestic product inched up 0.4% last year, according to an estimate from South Korea's central bank. This is the first expansion in three years due to the growth in the construction sector, as well as the farming, forestry and fishing industries.

The economy is likely to shrink this year due to the border shutdown. It is unclear how much the foreign currency gained from North Korean workers in China will offset the loss of foreign currency from trade and other sources.

North Korea is much more reliant on China. The outlook is cloudy for the isolated state, including its relations with the U.S., whose presidential election is just few weeks away.