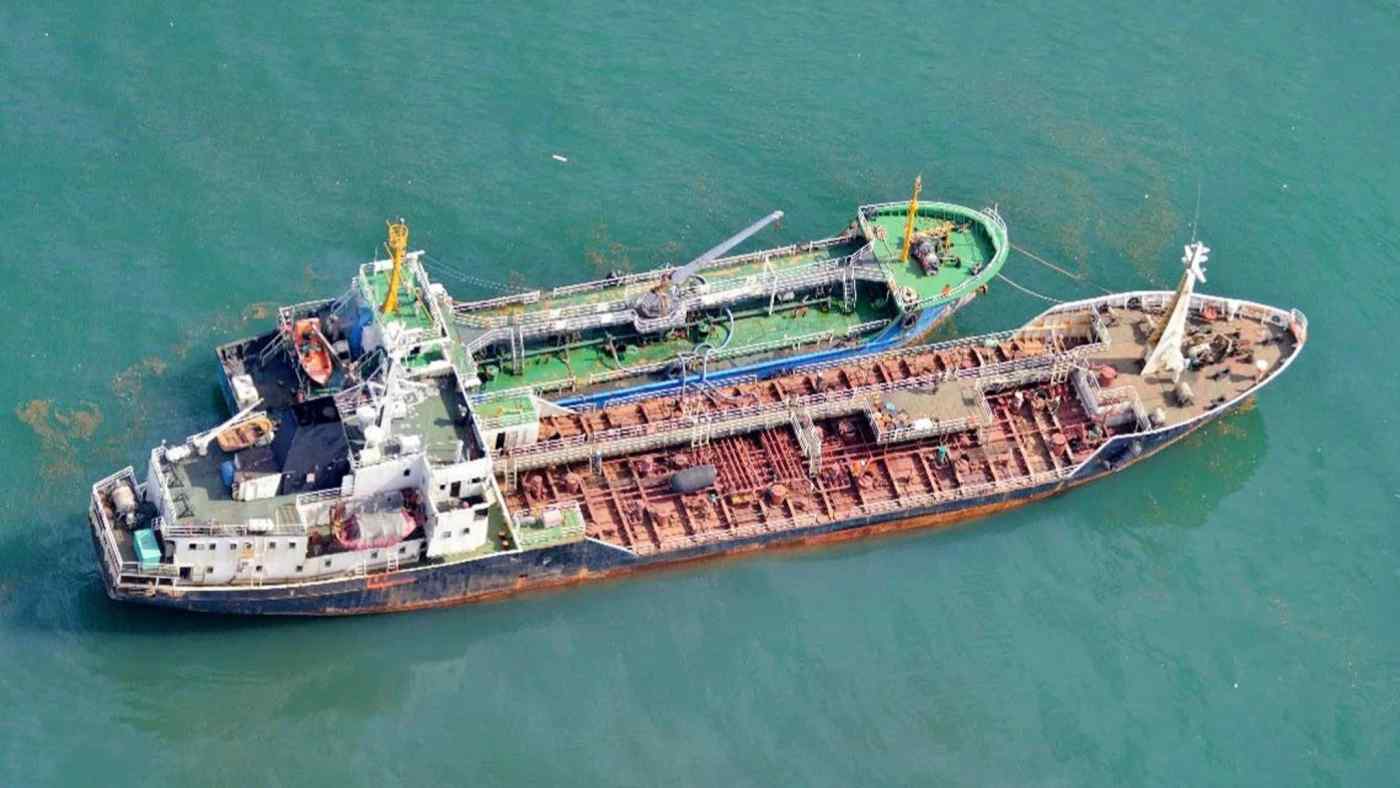 A North Korean tanker, below, is suspected of smuggling goods via a ship-to-ship transfer with a vessel of unknown nationality in the East China Sea in 2018. (Photo provided by Japan's Ministry of Defense via Kyodo)
TAKESHI KUMON, Nikkei staff writerAugust 21, 2019 01:41 JST | North Korea
CopyCopied

TOKYO -- Three vessels banned by South Korea for illegally transporting coal from the North were found to have docked in Japan at least eight times over the past year, Nikkei has learned, raising questions as to whether Pyongyang is using Japanese ports to dodge a United Nations embargo.

The database of Tokyo MOU, an intergovernmental organization that monitors ship inspections, showed visits from three out of four vessels put cited by Seoul last August. The ships are thought to have sent coal via Russia to disguise its origin and evade the embargo.