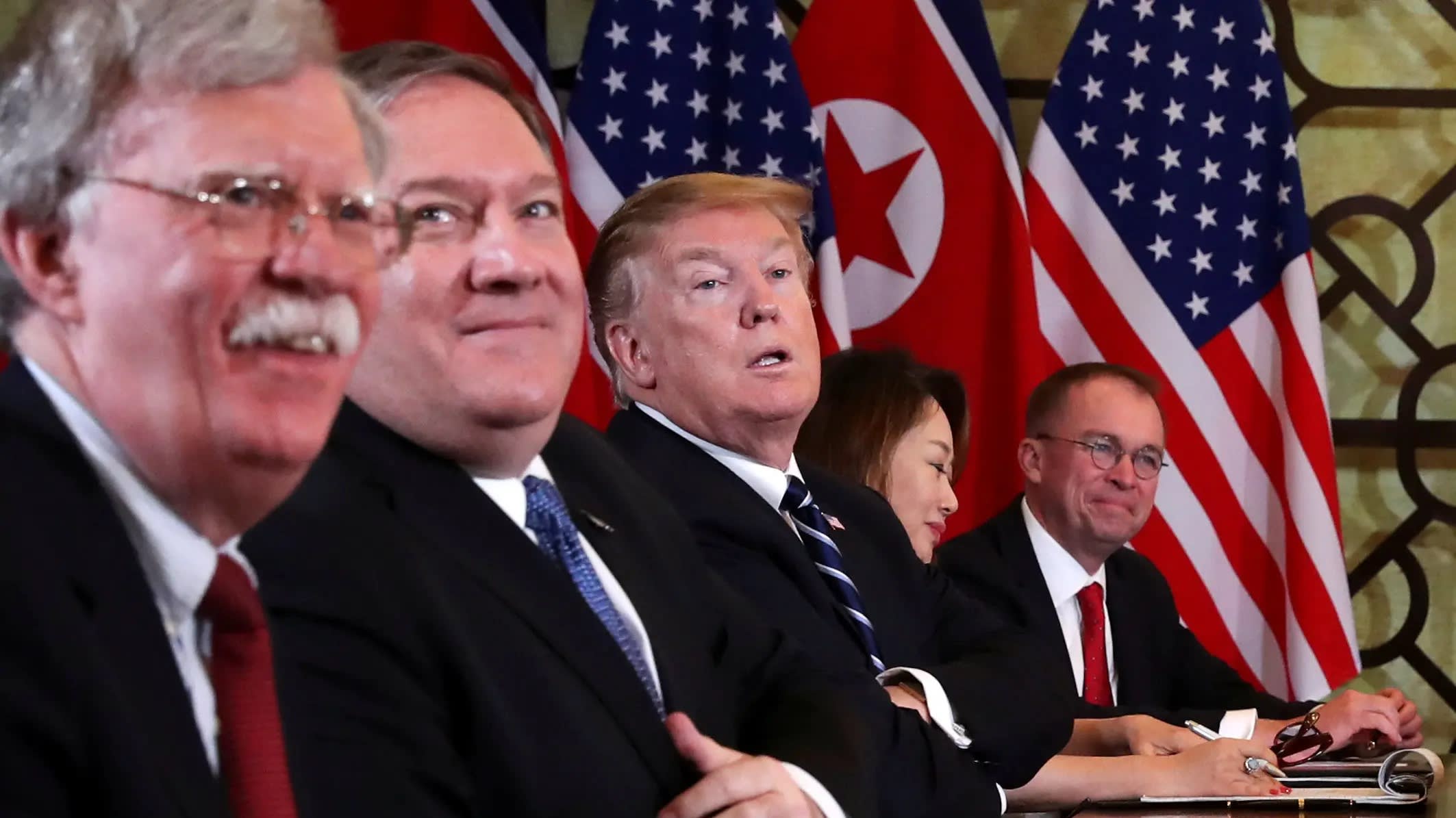 WASHINGTON (Reuters) -- U.S. President Donald Trump is open to a third summit with North Korean leader Kim Jong Un but some time may have to go by before this takes place, Trump's national security adviser said on Sunday.

Speaking on ABC, John Bolton said the United States has no illusions about North Korea's capabilities, but Trump remains confident in his personal relationship with the North Korean leader.

Bolton's comments came after two U.S. think tanks and Seoul's spy agency said last week that North Korea was rebuilding a rocket launch site at Sohae in the west of the country.

There have also been reports from South Korea's intelligence service of new activity at a factory at Sanumdong near Pyongyang that produced North Korea's first intercontinental ballistic missiles capable of reaching the United States.

Bolton declined to discuss those reports or say whether a new North Korean missile launch would scuttle engagement with the United States. He said, however, that it was a mistake to assume North Korea would "automatically" comply with its obligations.

"The president's confident in his personal relationship with Kim Jong Un. He's invested a lot of time in trying to develop that relationship," Bolton told ABC's "This Week."

"He said he's open to a third summit, none has been scheduled, and some time may have to go by. But he’s prepared to engage again because he does think that the prospects for North Korea, which he’s been trying to persuade Kim Jong Un to accept if they denuclearized, are really quite spectacular," Bolton said.

Trump told reporters Friday he would be disappointed if Pyongyang were to resume weapons testing and reiterated his belief in his good relationship with the North Korean leader, despite the recent collapse of their second summit in Hanoi.

North Korea has frozen nuclear and missile testing since 2017, and Trump has pointed to this as a positive outcome from nearly a year of high-level engagement with North Korea.

In his interview with ABC and in another with Fox News Channel, Bolton appeared to rule out any partial deal with North Korea and said Trump had proposed a "big deal" at the Hanoi summit under which North Korea would completely denuclearize and also give up its chemical and biological weapons.

"It's possible that North Korea will go back and rethink the position they came in with and come back to talk to the president about the big deal," he told Fox.