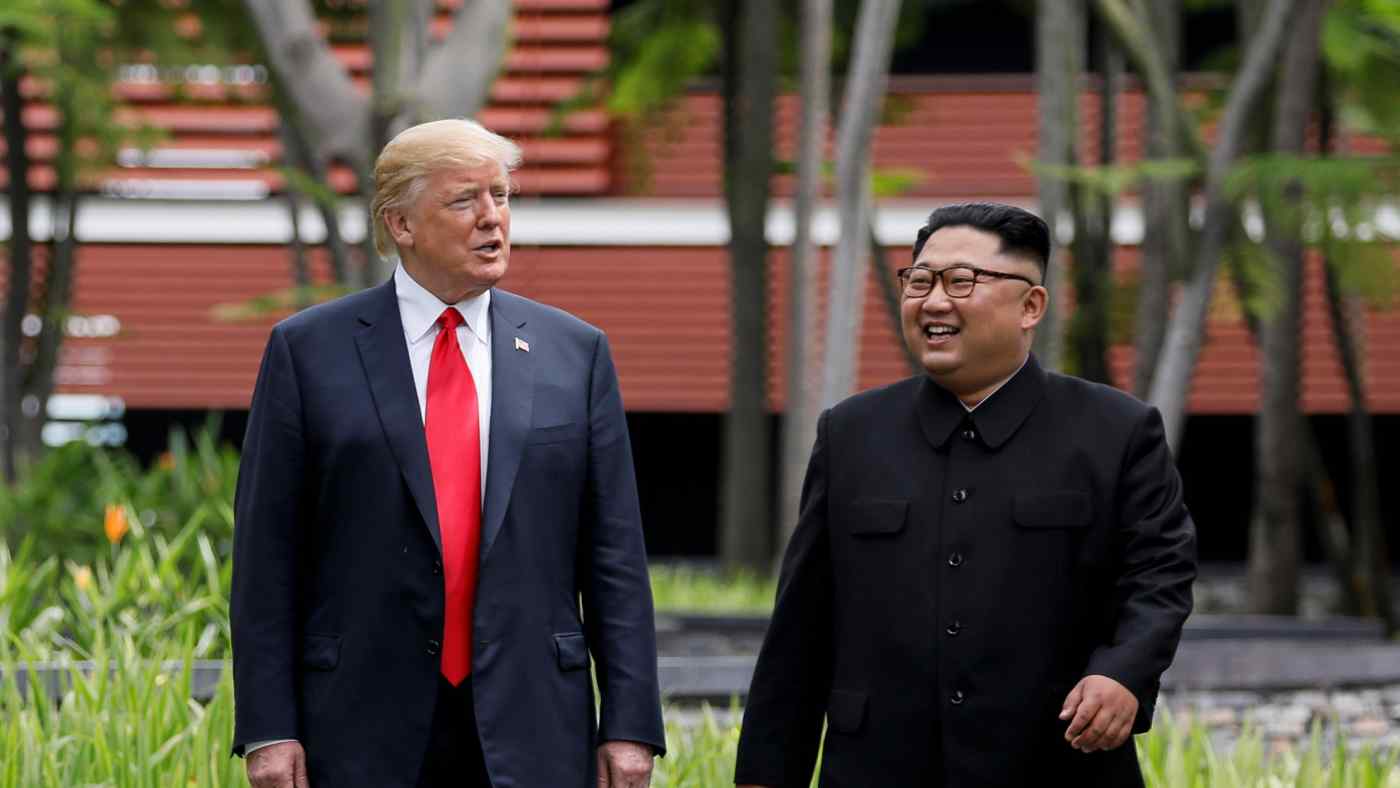 WASHINGTON/SEOUL -- U.S. President Donald Trump and North Korean leader Kim Jong Un are considering an early date for a second summit, as Trump's Republican Party faces tough prospects in November's midterm elections and Kim seeks a security guarantee for his isolated regime via a declaration of the end of the Korean War.

"Both Koreas and the U.S. are looking to October, ahead of the U.S. midterm elections," as a time for the meeting, said a source affiliated with South Korean diplomacy.