President says he has communicated with North Korean leader 'indirectly' 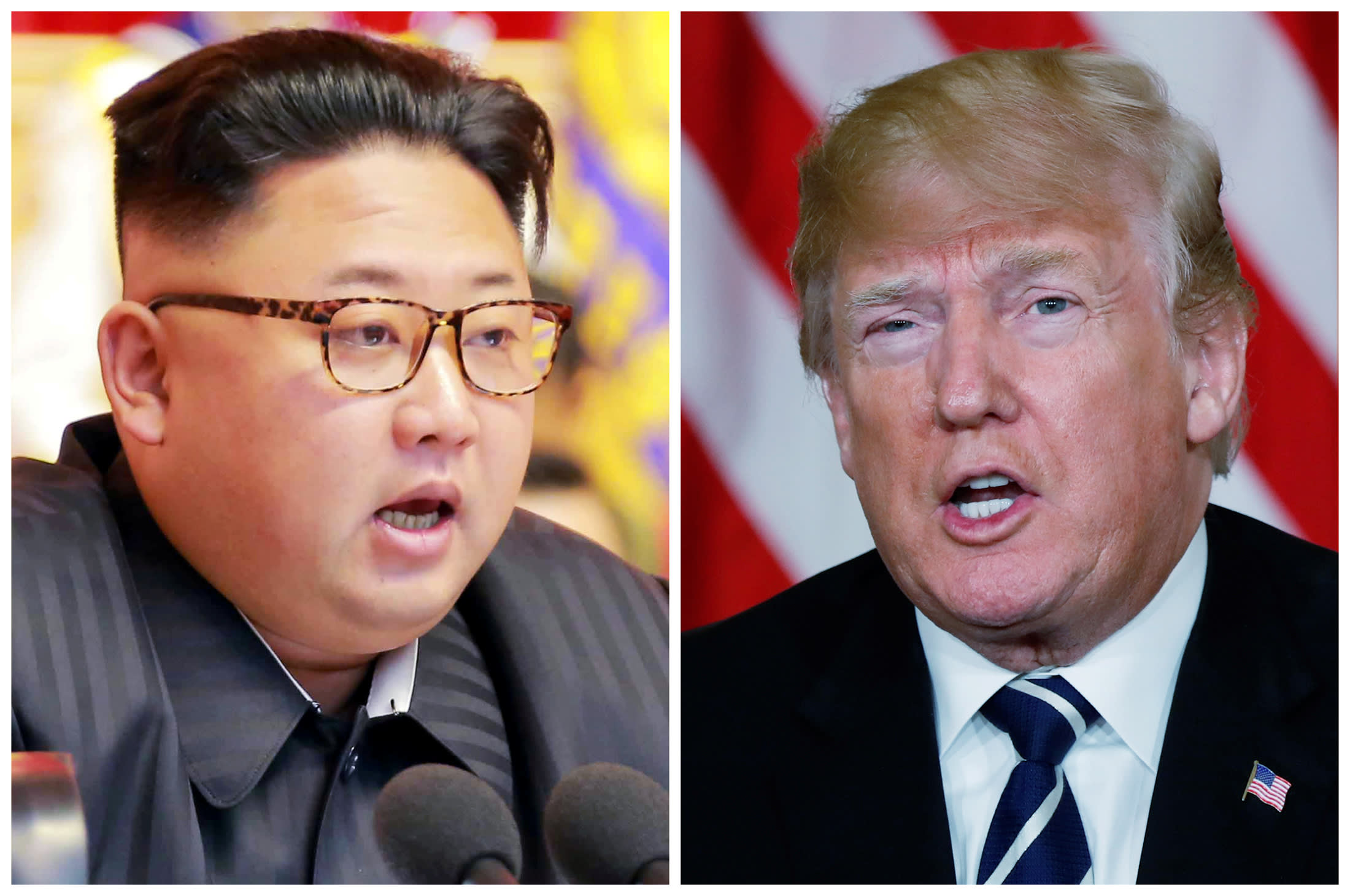 U.S. President Donald Trump said that if he had not been elected, Asia would be in "a nice, big fat war" with Kim Jong Un's North Korea.   © Reuters

WASHINGTON -- U.S. President Donald Trump said on Sunday that preparations for a second summit with North Korean leader Kim Jong Un are underway, and that the venue will be announced soon.

The U.S. is "negotiating a location," the president told reporters outside the White House. "It will be announced probably in the not too distant future."

Saying he has been in contact with Kim "indirectly," Trump said the talks are proceeding "very well."

"There's no rockets. There's no anything," he said, adding "You would right now be in a nice, big fat war in Asia with North Korea if I wasn't elected president."

Trump said sanctions against North Korea will remain "in full force and effect" for the time being.

The president disclosed last week that he had received a new letter from Kim, and he seems eager to show that progress is being made. Yet, after a long stalemate, it remains unclear whether the second summit can be arranged in January or February as Trump predicted last year.