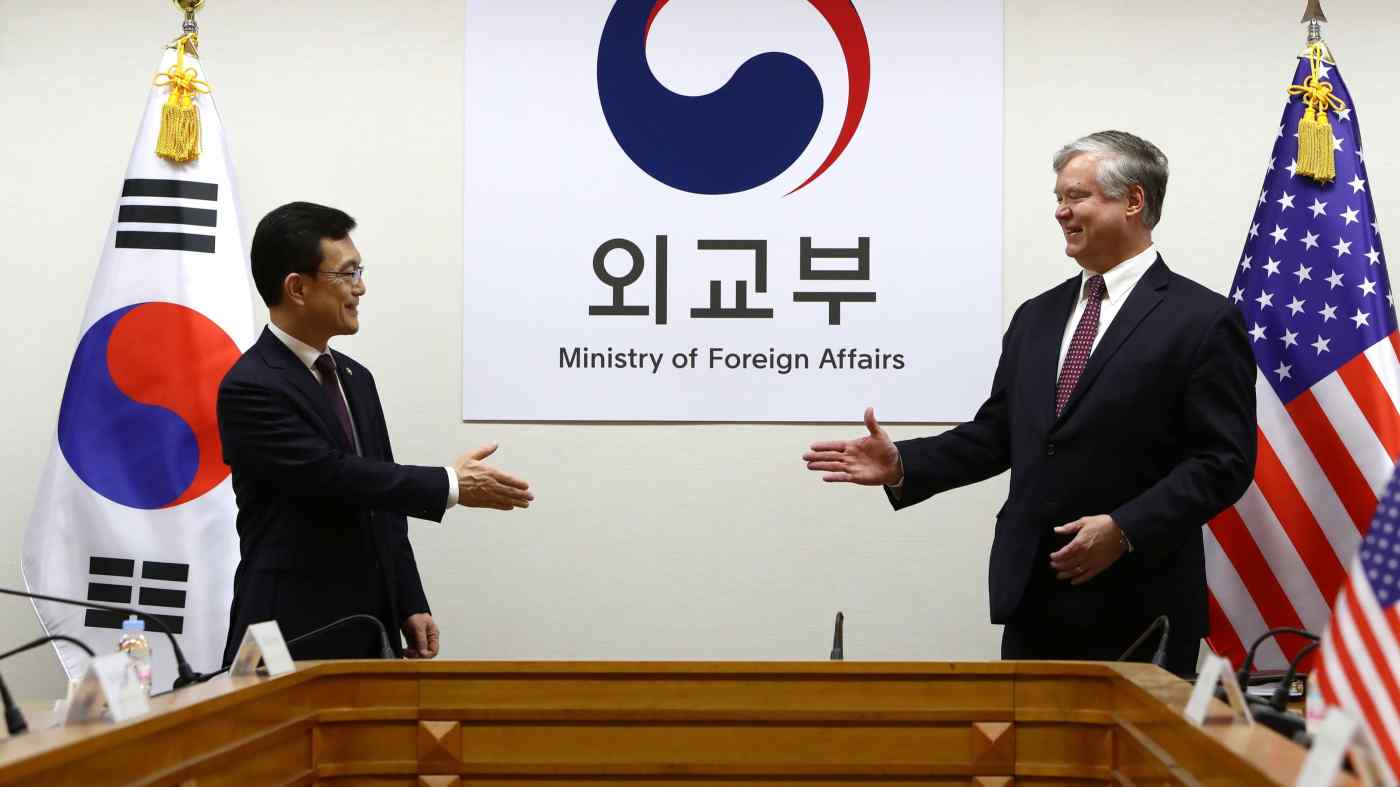 SEOUL -- The U.S. special representative for North Korea said Wednesday that he is ready to hold talks with Pyongyang about denuclearization on the Korean Peninsula, urging the country's leader Kim Jong Un to appoint a counterpart.

Stephen Biegun was on a visit to Seoul for discussions with high-ranking officials about the peace process and other bilateral issues such as South Korea's potential membership of the Group of Seven.

"When Chairman Kim appoints a counterpart to me who is prepared and empowered to negotiate on these issues, they will find us ready at that very moment," the deputy secretary of state said after a meeting with Lee Do-hoon, South Korea's special representative for Korean Peninsula peace and security affairs.

"We look forward to continuing our work for a peaceful outcome on Korean Peninsula. I believe this is very much possible," Biegun said. "President [Donald] Trump has given us his full support to continue this effort."

Biegun's remarks come a day after Trump said he was open to another meeting with Kim, following their summits in Singapore in 2018 and Hanoi last year. The two leaders also had a short meeting at the inter-Korean border town of Panmunjom in 2019.

The envoy said, however, that he did not request a meeting with North Korea during this trip, saying he came to "meet with our close friends and allies."

South Korean President Moon Jae-in said in a teleconference with European Union leaders last week that he will spare no effort to bring the two leaders together before the U.S. presidential election in November.

Moon has persisted with his dovish North Korea policy despite Pyongyang blowing up the inter-Korean joint liaison office in the northern border city of Kaesong last month. North Korea vowed to take military action at the time.

"I was very disappointed with the Republic of Korea government's passive reaction to the provocation," Ban said in a forum at the National Assembly in Seoul. "We cannot help but being dragged by North Korea should we try to understand and represent North Korea's position too much."

North Korea said on Tuesday it has no intention to sit down with the U.S. and urged South Korea to "stop meddling in other's affairs."