Will North Korea turn up the heat with ICBM test in April? 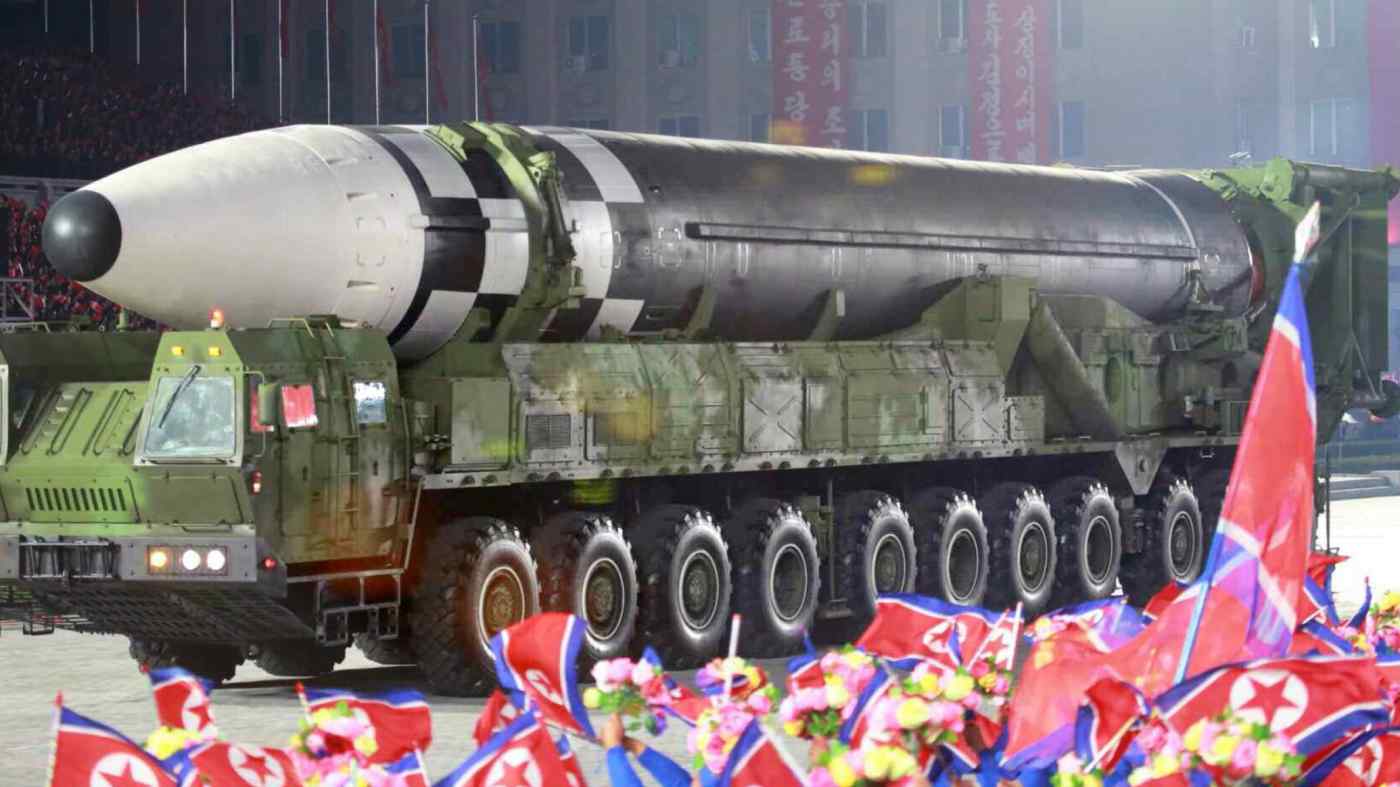 North Korean weaponry, including what is thought to be an ICBM, on display at an October 2020 military parade in Pyongyang. (Korea Media via Kyodo)
HIROSHI MINEGISHI, Nikkei senior staff writerJanuary 30, 2022 14:00 JST | North Korea
CopyCopied

TOKYO -- With North Korea's recent missile firings drawing little international response, diplomats in the region are increasingly wary that Pyongyang will push forward with an even larger provocation in the coming months.

North Korea on Sunday launched at least one ballistic missile into the sea off its east coast, for its seventh such launch this month.