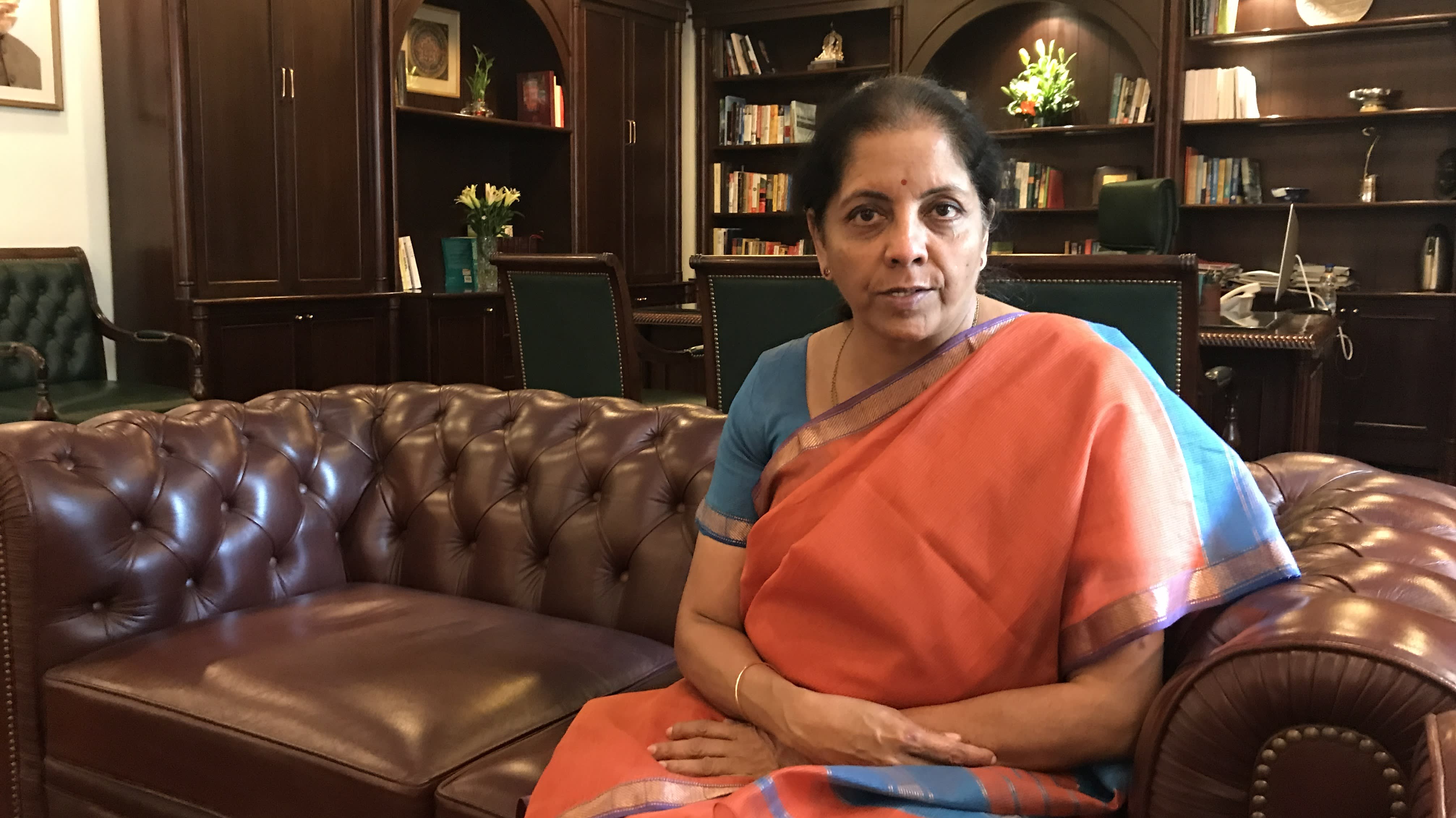 Nirmala Sitharaman, India's minister of commerce and industry, says Singapore is not facilitating the movement of Indian IT workers.
'New Silk Road' Summit in Beijing

India did not send any official representatives to China's Belt and Road Forum for International Cooperation, held Sunday and Monday in Beijing to tout Chinese President Xi Jinping's vision of roads, rails and other links stretching across Asia to the Middle East and Europe.

New Delhi's position on the Chinese initiative has been the product of a "strategic decision," Nirmala Sitharaman told The Nikkei in an interview Monday.

At issue is the China-Pakistan Economic Corridor, a set of infrastructure projects funded partly by China that run through Kashmir. Sitharaman described these as "activities in a territory which is Indian" and "which Pakistan has occupied."

"India has from the beginning, from 1947, repeatedly said its position that Kashmir is an integral part of India," said Sitharaman, who has served in Prime Minister Narendra Modi's cabinet since he took office in May 2014. She refused to speculate on whether India would support the Chinese initiative if Kashmir were not involved, saying "there are too many 'ifs' in the question."

Prospects are brighter for business on the domestic front. Foreign direct investment in India has grown at a pace of more than 20% year on year since the fiscal year ended March 2015, climbing 22% in the nine months to December 2016. That double-digit growth will "undoubtedly" continue, Sitharaman predicted. The Modi government's Make in India initiative has improved the ease of doing business in the country, she argued.

India is preparing to introduce a goods and services tax on July 1, marking the most comprehensive tax reform since India gained independence. GST rates could be set as soon as this week. Simpler procedures will benefit both large and small to midsize businesses, and Sitharaman said, and the new unified system will "simplify the movement of goods." While the "first few months" after the changes are made could bring "starting-stage problems," those troubles are expected to fade in less than six months.

"Even in this fiscal year, there will be a definite difference" in economic growth, she said.

Recent moves by U.S. President Donald Trump's administration to tighten eligibility conditions for skilled-worker visas are nothing new, Sitharaman stated, and the situation "was not very different" under President Barack Obama.

The minister disputed claims that the H-1B program lets Indian engineers steal American jobs. Of the top 50 companies that use H-1B visas to bring Indian workers to the U.S., "over 25 were U.S.-based American companies," she said, citing an Indian media report.

"There is a skill shortage" in the U.S. information technology sector that the program is helping address, Sitharaman added.