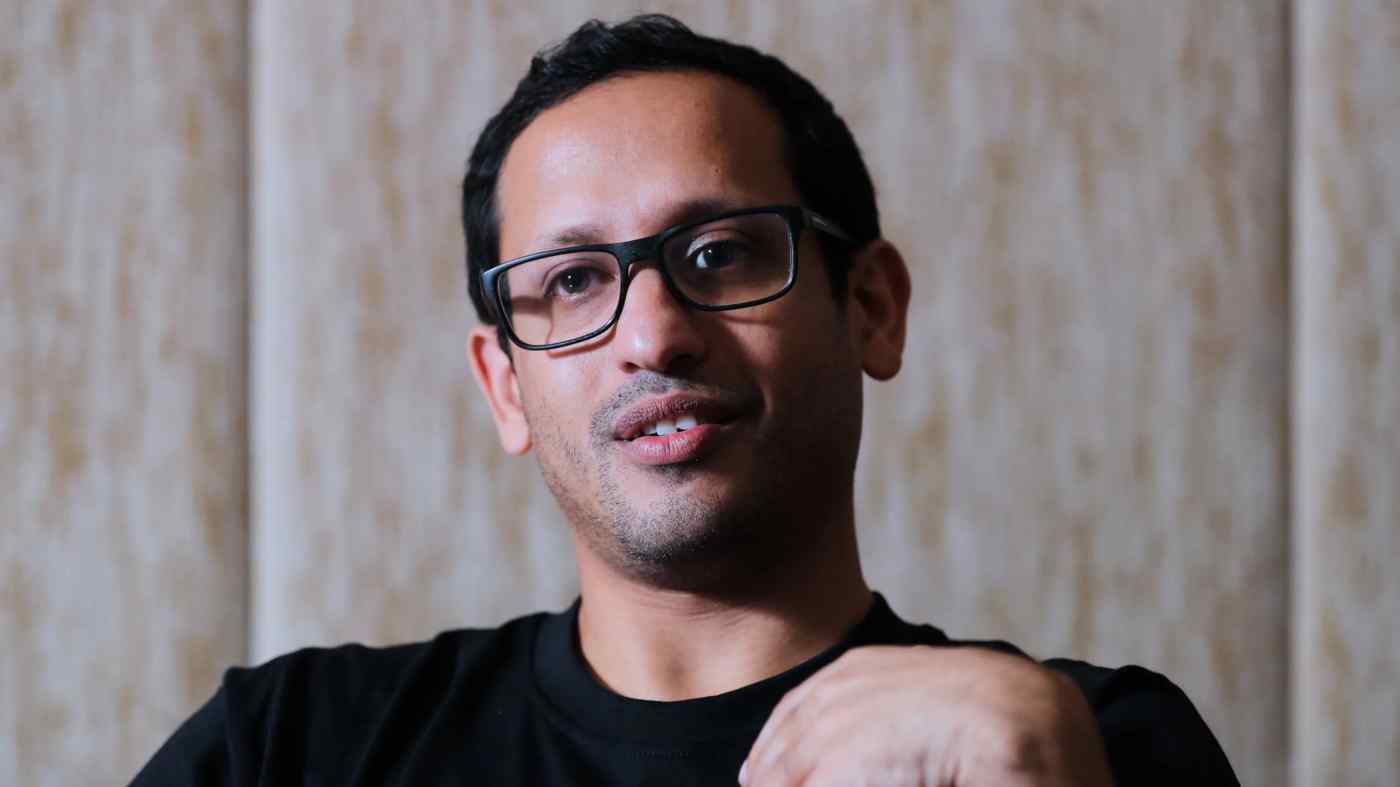 JAKARTA -- In Indonesia's capital, drivers wearing green jackets emblazoned with the Go-Jek logo are ubiquitous. Some are motorcycle taxi drivers, others deliver goods and settle online payments with customers. The brand seems to permeate every aspect of daily life.

Go-Jek's motorcycle-hailing and home delivery services have racked up $10 billion in gross transaction value. The service provider has 1.7 million registered drivers who deliver food and beverages to 30 million customers every month. Its gross transaction value is 13.5 times larger than it was two years ago, which makes Go-Jek the world's third largest food delivery service provider.

Along the way, the company's Go-Pay has grown into one of the most popular forms of electronic money in Indonesia.

CEO Nadiem Makarim founded Go-Jek in 2010. Since then, it has not only become Indonesia's best-known company, it has gained decacorn status, according to CB Insights, a U.S. research firm.

A decacorn is an unlisted company whose corporate value surpasses $10 billion. There are only 19 in the world.

Go-Jek has fundamentally changed how people commute, receive home deliveries and do daily transactions, in Jakarta and other Indonesian cities.

Makarim's pet phrase when describing Go-Jek is "super app." It's his way of describing the multiple services customers can access from a single smartphone application.

He says Go-Jek has beat the rest of the world, even the U.S. and China, to super-app status.

Jakarta is often said to have the world's worst traffic congestion, but commuters in other Indonesian cities are also captives of gridlock and have no real public transit options. In Jakarta, the country's first subway line partly opened in late March.

Now Go-Jek is offering Indonesians a low-cost means of getting around and receiving deliveries, primarily by motorcycle. But low costs are only one part of the equation. Convenience is another, and even wealthy Indonesians take advantage of Go-Jek's services.

Motorcycle and scooter owners are also benefiting. Many Go-Jek drivers used to live in poverty; they are now earning more than ever and experiencing financial stability for the first time in their lives. Each Go-Jek driver has become a "micro entrepreneur," Makarim said.

Go-Jek drivers in Jakarta and surrounding cities earn an average of nearly 5 million rupiah ($350) a month, while those in other regions make around 3.8 million rupiah a month, according to a study last year by the University of Indonesia. That is higher than the minimum wage, and often more than the drivers earned before they began working for Go-Jek. Many Go-Jek drivers are earning more than ever and experiencing financial stability for the first time in their lives.

If this is beginning to sound like a virtuous economic cycle, there's more. Food stalls and other small eateries are now receiving delivery orders through Go-Jek. As a result, their customer bases are no longer limited to their immediate vicinity.

For some of these restaurants, the growth has been considerable. Proprietors are now investing to allow for even more expansion. The University of Indonesia survey found that Go-Jek created a 44.2 trillion rupiah economic effect in 2018.

It all began when Makarim realized he might be able to improve the efficiency of the country's ojek system by applying some technology. On urban Indonesia's traffic-snarled streets, ojeks, or motorcycle taxi drivers, have an advantage: They can find seams between the clogged lanes of cars and use them to get to their intended destinations in a relative jiffy.

But fares were volatile, and ojeks could only operate on their "home turf." The drivers were also made to wait for customers in specific spots, and all the waiting kept their incomes meager.

In Makarim's lightbulb moment, he realized he could alleviate the waiting and increase the number of riders a driver can ferry in a day -- and that these two improvements would allow ojeks to cut their fares.

During studying social entrepreneurship and other new business models at Harvard Business School, Makarim returned to his home country and set up Go-Jek in Indonesia.

In the beginning, he dispatched vehicles through a call center. In 2015, however, he introduced a smartphone app. Ride-hailing quickly became a thing.

Now Indonesian politicians and others like to talk about the innovative industry that was created in their country. Luhut Binsar Pandjaitan, the coordinating minister for maritime affairs and a confidant of President Joko Widodo, calls Go-Jek the symbol of Indonesia.

In 2018, the brand expanded into Vietnam, Singapore and Thailand. The second chapter of Go-Jek will be about how well it competes with similar services in Southeast Asia, and whether it can transform its neighbors' economies as well.