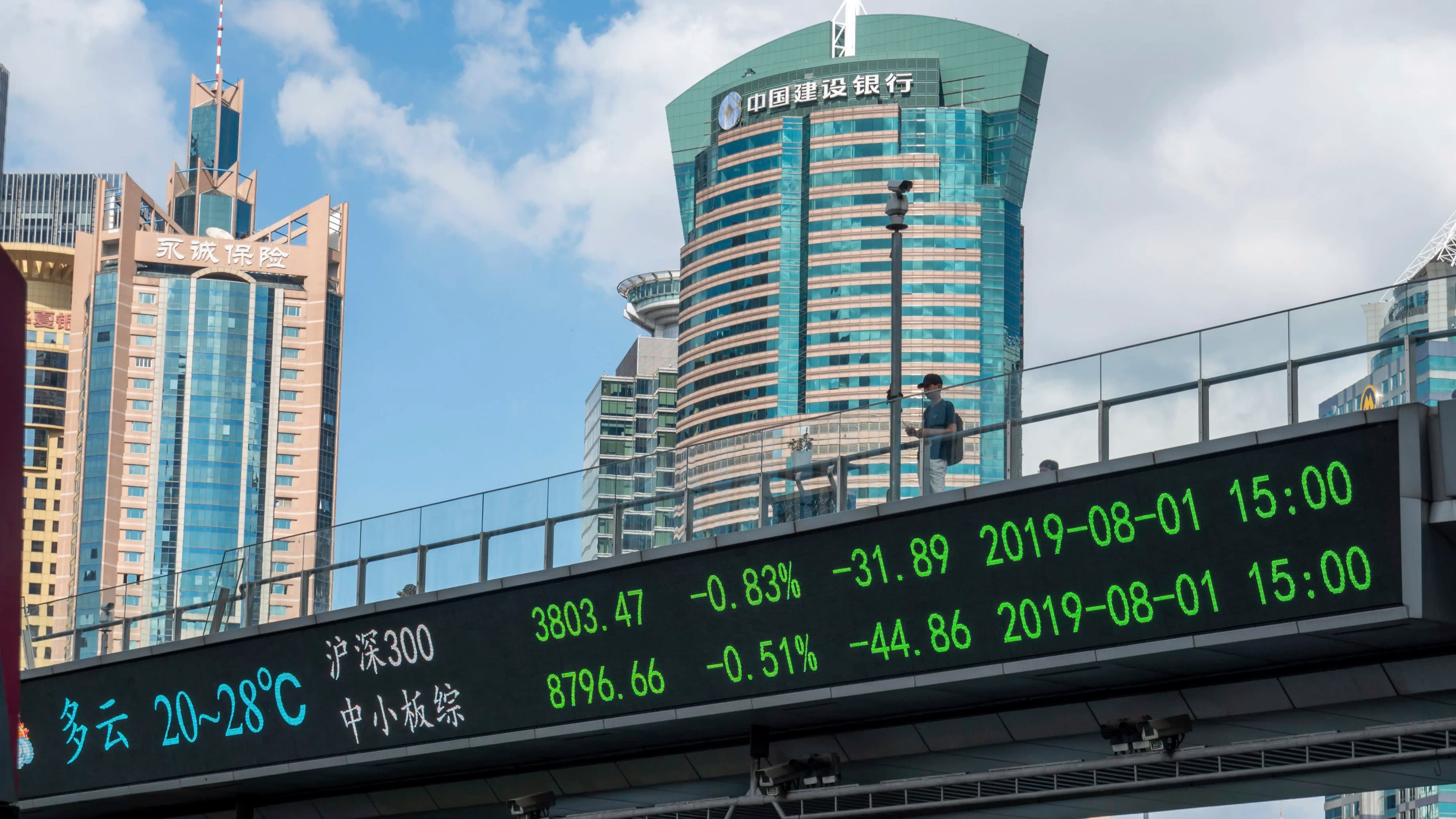 When Chinese markets last traded on Jan. 23, the Shanghai Composite Index tumbled 2.8%, its worst single-day drop since May. The Shanghai and Shenzhen markets are due to reopen on Monday.   © Reuters
Nikkei staff writersFebruary 2, 2020 18:11 JST | China
CopyCopied

China was expected to release estimates of Lunar New Year travel last week, but the spread of the coronavirus threw a wrench into those plans. Beijing has extended the holiday through Monday.

The virus is also threatening to disrupt another earnings season for Chinese companies. Many executives canceled August appearances in Hong Kong to avoid the protests that mounted last summer.

For the latest updates on the coronavirus, follow our live blog.

Participants nations of the Regional Comprehensive Economic Partnership, or RCEP, will gather on the Indonesian island of Bali for two days of talks. All eyes will be on whether India takes part, after if was the only one of 16 nations not to agree to "text-based negotiations" in a previous summit in November -- absence would raise the odds of New Delhi not signing a final deal.

After agreeing to supply electric vehicle batteries to Tesla, South Korea's largest chemical company will announce fourth quarter earnings on Monday. Investors will be listening for updates on whether LG Chem will spin off its profitable battery department from its main business.

Thousands of medical workers in Hong Kong are expected to stage a strike starting on Monday to demand a complete closure of the city's borders with mainland China to stop the spread of the coronavirus.

Hong Kong will also report gross domestic product data for the final quarter of 2019, providing an indication of the depth of its protest-induced recession. Hong Kong Chief Executive Carrie Lam wears a mask, following the outbreak of a new coronavirus, as she arrives to a news conference in Hong Kong, China January 31.   © Reuters

The Shanghai and Shenzhen markets were scheduled to reopen last Friday, but authorities ordered the exchanges to remain closed amid an extension of the Lunar New Year holiday.

When the markets last traded on January 23, the Shanghai Composite Index tumbled 2.8%, its worst single-day drop since May, while the Shenzhen Composite Index slumped 3.5%.

The Reserve Bank of Australia will hold its first board meeting of the year on Tuesday. Barring an unforeseen shock to the economy, most analysts are expecting the central bank to hold interest rates steady.

The RBA last halved Australia's short-term interest rate from 1.5% in the middle of last year to 0.75% in response to weak consumer spending and the global slowdown.

Southeast Asia's largest economy relies on domestic demand, but it has not stayed completely immune from weaker global growth. The country's finance minister recently said she expects annual growth rate for the full year to come in at around 5.05%, under the government's target of 5.3%.

While Indonesia has not reported any cases of coronavirus yet, its tourism sector has already started to take a hit.

Japanese brewer Kirin will hold a news conference to announce this year's rollout of craft beer using mikan oranges grown by its CEO Yoshinori Isozaki. The beer giant will outline this year's strategy to expand the growing craft market.

The Reserve Bank of India is likely to keep repo rates unchanged at 5.15% at its bimonthly policy meeting, as the country battles rising inflation and slowing economy.

Last year, the central bank aggressively cut rates by a total of 135 basis points in an eight-month period, before pausing in December against the backdrop of a spike in prices of essential food items.

The Philippines' Bangko Sentral, which will meet on the same day, is expected to take an easing stance this year.

Investors will be expecting a solid third-quarter performance from Toyota Motor when it announces results on Thursday. The Japanese automaker's vehicle sales were the second highest in the world in 2019, bested only by German rival Volkswagen.

Last November, Toyota obtained the highest net profit ever in its midterm results. But the outbreak of the coronavirus forced the company to postpone the reopening of its plants in China to Feb. 10 or later.

Investors may press Honda Motor's management on Friday, after the company made a downward revision in November for its annual net profit due to lackluster sales of automobiles in Japan and motorcycles in India.

While Honda was counting on its business in China, a market where it sells nearly 30% of its global unit sales, the coronavirus has caused uncertainty about when Honda's plants will resume production. Honda motor handles about half its Chinese production at factories in Wuhan operated with a local partner.   © Reuters

As Masayoshi Son's SoftBank Group grapples with turmoil in its global portfolio of unicorns, the Japanese mobile arm SoftBank Corp. is shaping up to be a valuable cash cow. When the company announces fiscal third quarter earnings on Friday, analysts expect a net profit of 130 billion yen ($1.2 billion), up 28% year-on-year.

Listen for comments by CEO Ken Miyauchi on the upcoming merger between its subsidiary Yahoo Japan and Line, the messaging app owned by South Korea's Naver.

The last time Mahinda Rajapaksa paid a state visit to India, he was president. Now, his brother Gotabaya is the head of state, and Mahinda will travel to New Delhi on Saturday as prime minister.

Rajapaksa's meetings with his Indian counterpart Narendra Modi will focus on closer ties with the new Sri Lankan government amid China's attempt to widen its influence in the region.

In case you missed it: Our cover story on how Mahinda orchestrated Gotabaya's election to return to power.