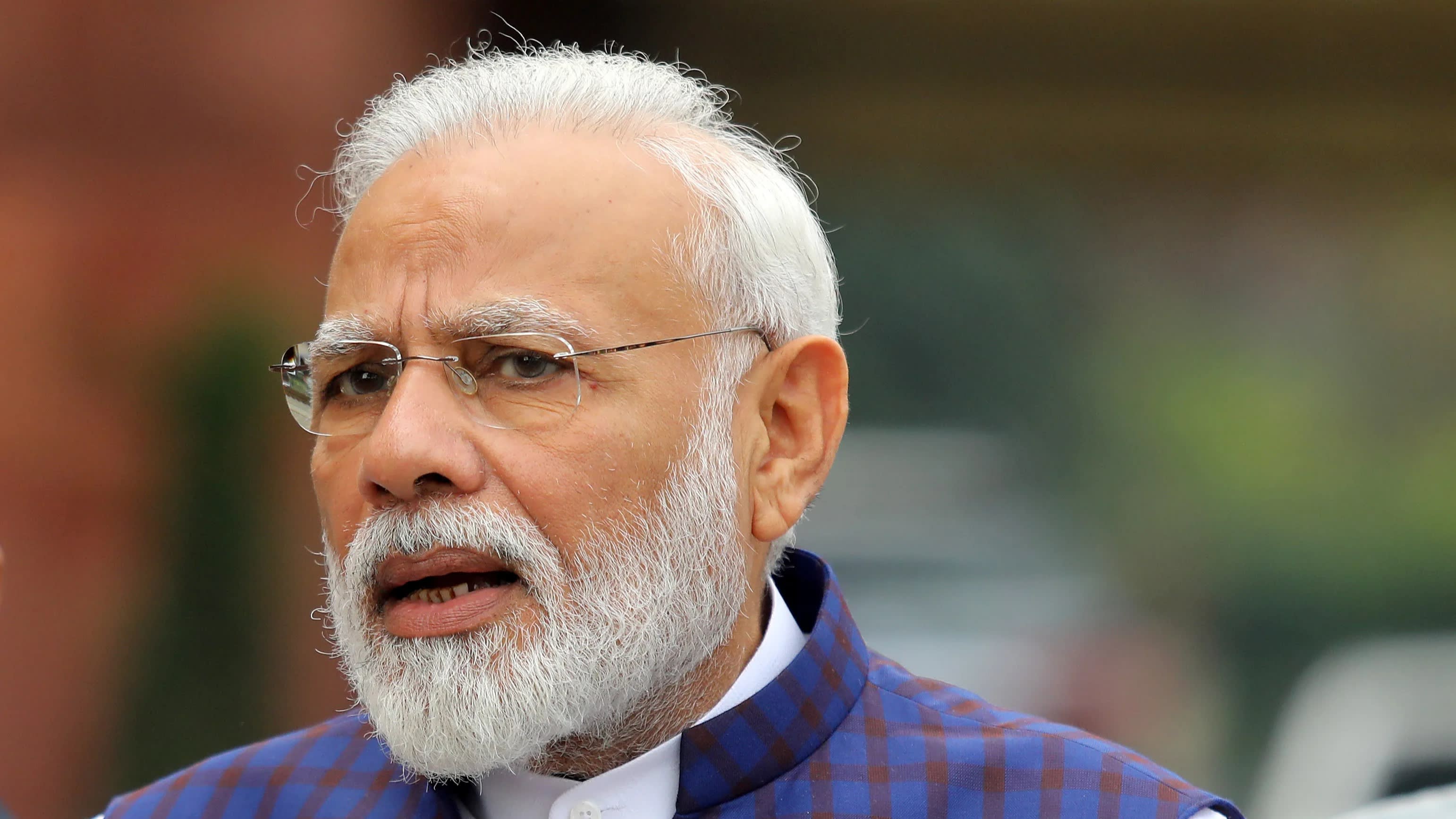 Indian Prime Minister Narendra Modi will learn of his country's economic performance in the second quarter on Nov. 29, when gross domestic product data is published.    © Reuters

Here's what we're covering this week, plus scroll down for a sneak peek of our next cover story:

After spending Sunday with survivors of nuclear and natural disasters in Hiroshima and Nagasaki, Pope Francis heads to Tokyo to meet with the newly enthroned Emperor Naruhito and Prime Minister Shinzo Abe.

Catholics from across the Asia-Pacific region are expected to fill the 55,000-seat Tokyo Dome for a Mass with the pontiff on Monday.

A reunion: On Tuesday, the pope will visit Sophia University, where he will be reunited with the chaplain, Father Juan Haidar, an old seminary friend from his native Argentina.

Read: The archbishop of Tokyo penned a Nikkei column on the pope's message of respect for refugees and the disabled.

Seeking to strengthen economic ties and win support for the Korean peace process, South Korea will host a two-day summit with ASEAN leaders.

After raising at least $11.3 billion in a highly oversubscribed offering, Alibaba Group Holding will make its debut on the Stock Exchange of Hong Kong. The strong opening for the e-commerce giant, which is also listed in New York, may be just the cue that other mainland Chinese companies have been waiting for to pursue dual listings.

Background: Why is Alibaba listing in Hong Kong if it doesn't need the money?

Japan's top cosmetics company, Shiseido, will hold a news conference ahead of the opening of three domestic plants. The production increase is a response to rising demand for "made in Japan" products in China and Southeast Asia, and from Japan's inbound tourist market. Despite competition from smaller independent brands, Shiseido is enjoying a spike in demand from China and Southeast Asia. (Photo by Motokazu Matsui)

After facing three consecutive quarters of shipment declines, Xiaomi, the world's No. 4 smartphone company by shipments, will host an earnings call on Wednesday.

Headwinds at home: In the Chinese market alone, Xiaomi's shipments plunged as much as 30.5%, with its market share falling to 9.8% from 13.6%, over the past year. Rivals Oppo and Vivo suffered roughly 20% shipment drops, according to IDC's data, as Huawei continued an aggressive domestic expansion to make up for its trade war setbacks.

Related: In Indonesia, Oppo has dethroned Samsung as No. 1 in Asia's fastest-growing smartphone market.

Rajapaksa to India for first foreign visit as president

Gotabaya Rajapaksa's election as Sri Lanka's president marked a comeback for the Rajapaksa clan, long seen as close to China. But an invitation from Prime Minister Narendra Modi to visit New Delhi signals India's efforts to compete with Beijing over influence in the Indian Ocean.

On the same day, India will release second-quarter economic data amid predictions by some economists that growth may decline further owing to a sustained slowdown across sectors.

Opinion: By walking away from the RCEP, India lost an opportunity to reinvigorate its economy.

Andre Soelistyo, co-CEO of Indonesia's Gojek, will meet the press in Singapore on Friday, a year after the Indonesian ride-hailing company launched in the city-state.

The briefing will draw attention from investors and consumers as Gojek battles for supremacy in Southeast Asia with its Singaporean archrival, Grab. Bank of Korea expected to keep rates at 1.25%

In its monetary policy meeting on Friday, South Korea's central bank will be under pressure to cut the benchmark rate again to help Asia's fourth-largest economy, which has lost steam due to dwindling exports.

The first Japan-India 2-plus-2 dialogue will take place on Saturday ahead of a December summit between the countries' prime ministers. Both forums will likely focus on strengthening cooperation in the Indo-Pacific.

STAY TUNED: Will India be ground zero for SoftBank Group's next failure? This week's cover story comes out on Wednesday.