Pope Francis met with a Buddhist committee in Yangon, Myanmar, during his last visit to Asia in 2017.   © Reuters

Here's what we're watching this week:

Former Malaysian Prime Minister Najib Razak goes on trial for allegedly tampering with a government audit into scandal-linked state fund 1MDB. Along with Najib, former 1MDB chief executive Arul Kanda Kandasamy has also been charged amid allegations that billions of dollars were stolen from the fund.

What else? A proposal to reimburse carriers for replacing Huawei and ZTE from existing networks is on the table.

Background: U.S. efforts to cut off ZTE suppliers almost put the company out of business, after it was found violating U.S. sanctions. The U.S. has twice given Huawei 90-day grace periods to buy from American suppliers, as an immediate cutoff would have disrupted many U.S. carriers in rural areas that still use the Chinese company's equipment.

To kick off the second half of his five-year term, President Moon Jae-in will take questions from South Koreans for 100 minutes on television. Moon will likely be pressed on the stagnant economy, recent corruption scandals, inter-Korean relations, job creation, housing prices and child care. 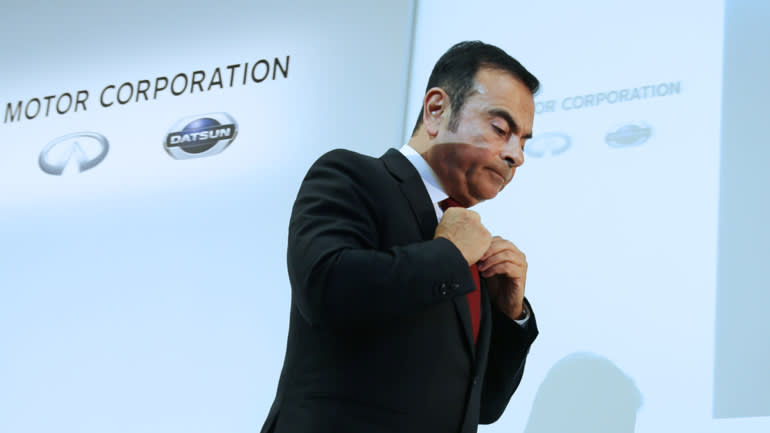 It's been a year since police detained Carlos Ghosn at Tokyo's Haneda Airport, but the turmoil continues at Nissan Motor. Its earnings slumped in the first half through September, in part due to Ghosn's aggressive expansion strategy in North America and emerging markets.

What else? A power struggle with alliance partner Renault adds another problem for new chief executive Makoto Uchida, who will take over next month. Read our deep dive into Nissan's troubles here.

Regardless of what price it sets, Alibaba Group's Hong Kong IPO will be the world's biggest equity capital raising this year. Last week, Asia's most valuable listed company -- it went public in 2014 on the NYSE -- began a weeklong roadshow to sell 500 million shares. Depending on demand, lead managers have the option to sell an additional 75 million shares to investors, under a clause known as a green shoe.

Pope Francis is scheduled to arrive in Thailand on Wednesday, before meeting with Prime Minister Prayuth Chan-ocha and King Maha Vajiralongkorn in Bangkok on Thursday. The leader of the Catholic Church will also pay a visit to the Buddhist supreme patriarch of Thailand.

A reunion with his cousin Sister Ana Rosa Sivori, a Catholic nun who has lived in Thailand for over 50 years, is expected to be on the agenda as well.

Huawei's chairman talks about its investments in Tokyo

Huawei Technologies Chairman Liang Hua will host a media session in Tokyo, following CEO Ren Zhengfei's recent call for other countries to offer the company alternatives to its U.S. suppliers.

Lee Jae-yong will be back on trial this week after South Korea's Supreme Court returned a bribery case against him to a lower court, raising the risk of another stay in prison for the vice chairman of Samsung Electronics.

The 10-day Guangzhou International Automobile Exhibition, one of the largest four car shows in China, opens amid spreading pessimism in the world largest auto market. New car sales fell for the 16th consecutive month in October and are on track to post its second full-year decline in almost three decades.

Barring a last-minute agreement, the military intelligence-sharing pact known as GSOMIA will expire at midnight on Saturday, ending its short three-year life.

Why? Seoul decided not to renew GSOMIA amid deteriorating bilateral ties over trade and forced wartime labor.

Pope brings message on human life and environment to Japan

Pope Francis continues his Asian tour in Japan to visit the survivors of natural and nuclear catastrophes in Hiroshima and in Nagasaki, where Christianity briefly flourished starting in the 16th century before being driven underground. Catholics in the Asia-Pacific region are planning to travel to Japan for a mass in the 55,000-seat Tokyo Dome next Monday.

While Hong Kong's local district councilors, elected every four years, do not have much policymaking or budget-approving powers, they play a role in nominating and selecting the city's chief executive. Pro-establishment candidates typically win a majority of the 452 seats on the council, but pan-democrats have been campaigning with unprecedented energy and are hoping to use public anger at the government to their advantage.