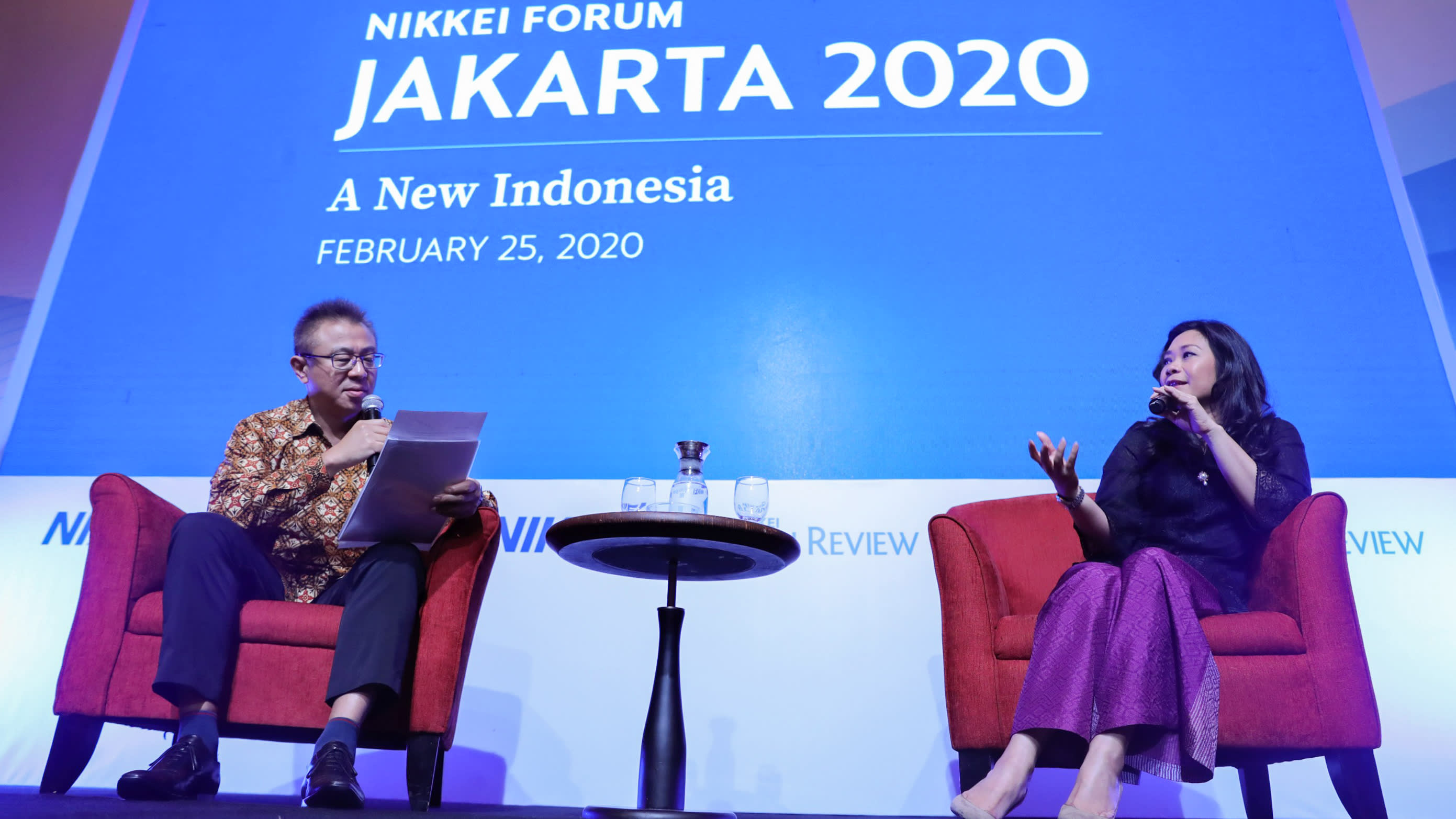 JAKARTA -- The rise of Southeast Asia's ride-hailing companies, such as Gojek and Grab, has disrupted traditional transport providers. But the head of Indonesia's largest taxi operator Blue Bird says both types of provider can coexist and create better mobility services for the public.

"Once [the current] price war is over, I think we all can kind of collaborate together because the market is big," Blue Bird's President Director Noni Purnomo said at the Nikkei Forum Jakarta 2020 on Tuesday.

Jakarta-listed Blue Bird was founded in 1972 and operates a fleet of 23,000 regular taxis across Indonesia, with a market capitalization of 5.75 trillion rupiah ($415 million). Since the mid-2010s, the company has been challenged by Gojek and Grab, startups vying for digital supremacy in Southeast Asia.

Purnomo admitted that her company's revenue dropped after 2016 due to stiff price competition driven by the ride-hailers, but added that the situation had stabilized as more investors in startups demand profitability and sustainability.

"After Uber Technologies went public [in 2019], I think investors started to expect profit from those kinds of companies. So that means they cannot burn money as much as they did before," she pointed out, referring to the U.S. ride-hailing group. "Also, with government regulations on [the ride-hailers'] pricing scheme, it's started to be normalized."

She said taxi operators and ride-hailers were "two completely different animals" operating in different segments. For the latter, handling cars and drivers was harder than handling gadgets, she said, adding that the former group also had their difficulties in managing technology and gig workers.

Indeed, Blue Bird is deepening collaboration with ride-hailers. Gojek has invested some $30 million in Blue Bird, taking a 4.3% share in the company, the two parties said. While Noni did not elaborate on the tie-up, she said, "we welcome any investor and strategic partners so we can grow the company together."

The link with Gojek could help Blue Bird create more technology-driven services, however. With respect to its future growth vision, Purnomo said Blue Bird was going beyond being just a taxi company and aiming to become a mobility services company.

"For the future, what is needed is not just a taxi company," she said. "What is needed by the community, by the people, by the customer is more of an integrated platform that makes a person's life easier in terms of transportation. I think in that sense we are moving toward mobility-as-a-service."