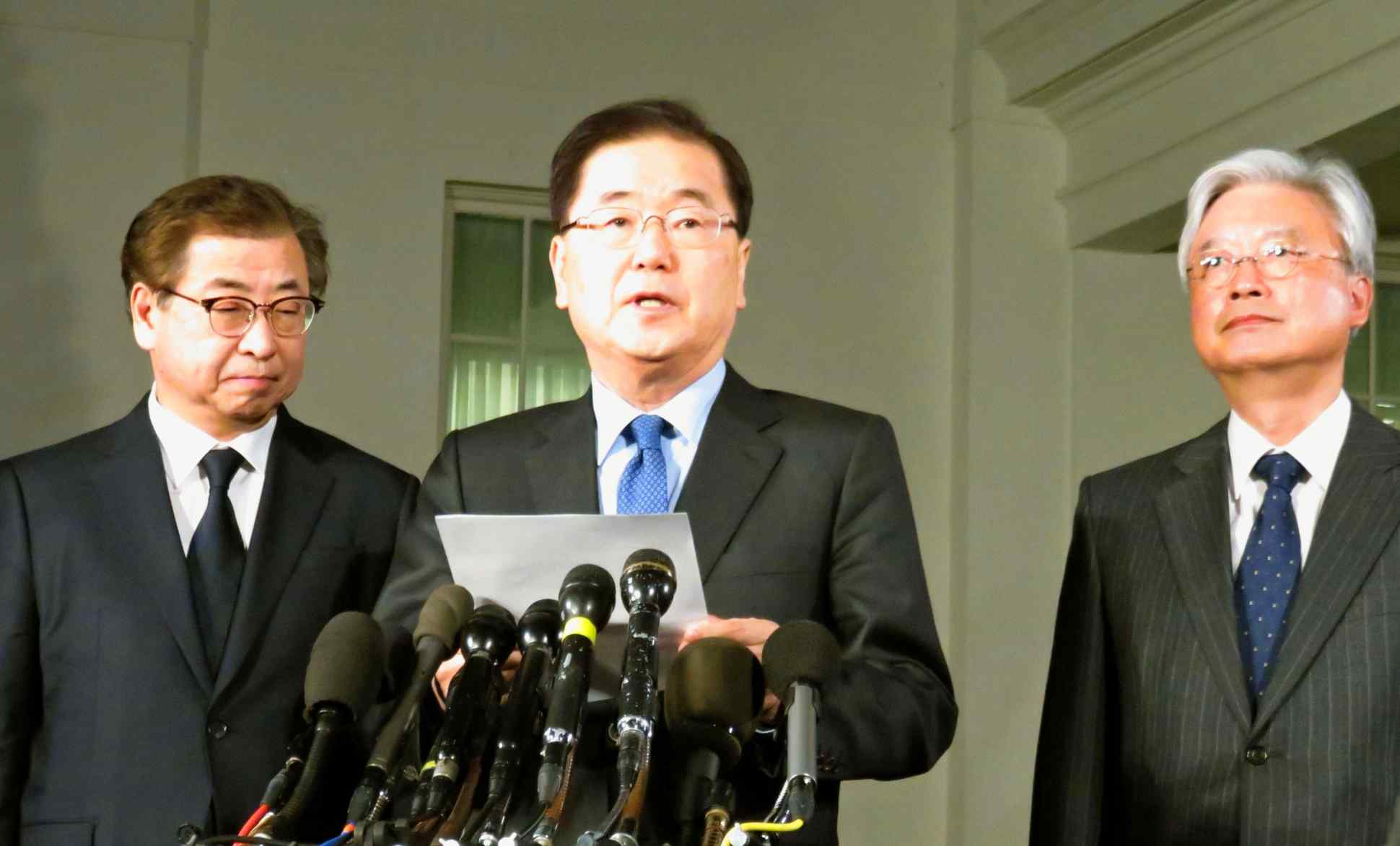 US must extract promise from North to denuclearize and allow inspections

TOKYO -- As much as U.S. President Donald Trump loves a good negotiation, his offer to hold historic talks with North Korean leader Kim Jong Un is a risky gamble, one that could result either in lasting peace or a stronger, more threatening nuclear foe.

Kim recently told an envoy from Seoul that he was willing to consider a full denuclearization of the Korean Peninsula, expressing an eagerness to discuss the matter with the U.S. But he has made no such announcement to the outside world. On the whole, experts in the U.S. and Japan find it difficult to believe that Pyongyang will simply hand over its nukes. After all, authoritarian regimes in Libya and Iraq were ousted soon after abandoning their own nuclear weapons programs.

Unless proof emerges to the contrary, it seems safe to assume for now that the North's true goal is to buy time to further develop its nuclear missiles. The question, then, is how prepared Trump is to confront a leery Kim and convince him to disarm.

Experience from a quarter-century of false starts with the North suggests the answer is "not very." To get results from talks with Pyongyang, a U.S administration must be united in its goals and principles, be persistent in pursuing its aims, and have enough negotiating prowess to get Pyongyang to compromise. The current administration appears to lack all three.

Trump does not seem to have consulted with senior State Department staff before declaring he would meet with Kim. Hours before the announcement, Secretary of State Rex Tillerson declared the U.S. was "a long ways from negotiations" with the North. What is more, Trump has few North Korea experts to support him as he prepares for the meeting. Joseph Yun, the U.S. special envoy to Pyongyang, has recently resigned, and Trump has still not appointed an ambassador to Seoul. The president has nominated an assistant secretary of state for East Asian and Pacific affairs, but the Senate has yet to confirm her for the position.

North Korea, meanwhile, has over 20 years of experience negotiating with the U.S. and is fully aware of the country's weak points. While working-level preparatory talks would normally help level the playing field, Trump has said he wants to meet with Kim by the end of May.

Now that he has committed, Trump's only option is to ensure his bet succeeds. First and foremost, the president should extract a promise from Kim in writing to not only freeze nuclear weapons development but to fully denuclearize. The North must also agree to periodic inspections, so that the world can tell whether the country is keeping its word. Lastly, Washington must not let up on sanctions until it is clear Pyongyang will disarm.

South Korea is unlikely to help the U.S. hold firm, as President Moon Jae-in is eager to mend fences with the North. Though Moon pledged inter-Korean talks would move at the same pace as U.S.-North Korea talks, he agreed to meet with Kim in late April before Trump made his announcement.

Japanese Prime Minister Shinzo Abe, however, could play a significant role in the talks' success. Trump reportedly checks with aides from time to time to see what his Japanese counterpart thinks about matters of Asia policy. If there is ever a time for Abe to lean on his close ties to the president, it is now.