Is Trump-Kim summit dead? Experts give their views

Cancellation a blow to policy of engaging North Korea; China could emerge as winner 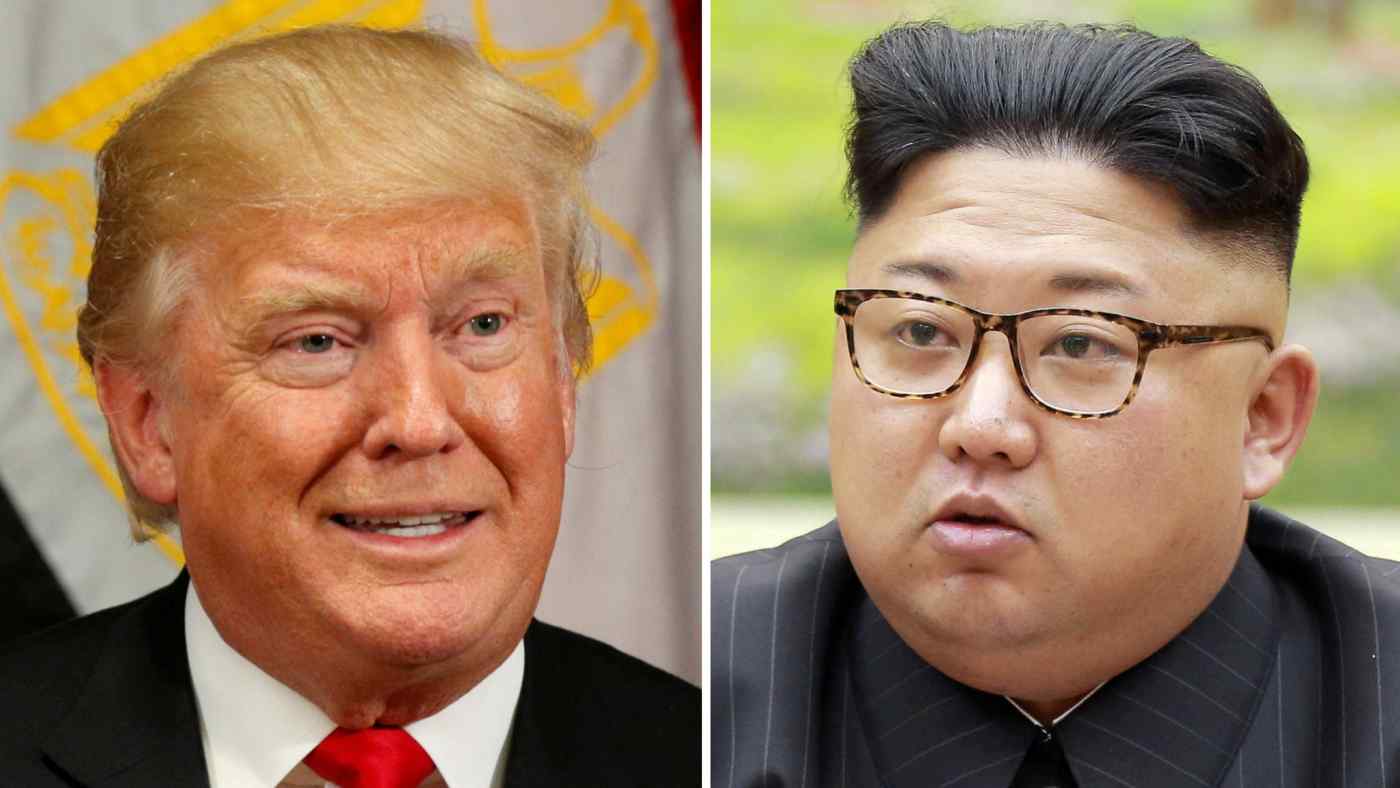 The experts are unanimous that the denuclearization will remain a challenge, regardless of the summit issue.   © Trump photo by Reuters, Kim photo by KCNA/Reuters
MITSURU OBE, Nikkei staff writerMay 25, 2018 21:16 JST | China
CopyCopied

TOKYO -- U.S. President Donald Trump on Thursday cancelled scheduled summit talks with North Korean leader Kim Jong Un. We asked three experts about the resulting prospects for diplomacy, who were the winners and losers, and the chances of denuclearizing North Korea.

Is the summit dead?

Masao Okonogi, an emeritus professor at Keio University in Tokyo, thinks that a summit is still on.

He sees a "50-50 chance" of the two sides holding a summit, perhaps even on the originally scheduled date.

But whether the summit goes ahead depends on how Kim responds to Trump's letter, he said. Trump wrote to Kim of "the tremendous anger and open hostility" displayed by North Korea, citing it as a reason for the cancellation.

"If Kim Jong Un wants to have a summit, he should say so in a letter to Trump," and promise to refrain from inflammatory language, he said. "Because Trump's letter is addressed to Kim, the reply must also come from Kim himself."

"[Trump] didn't say he refused to meet with Kim Jong Un and that diplomacy is off. He is canceling [the] Singapore [meeting] because, 'I don't like your language, but still [would] like to meet with you,'" Delury said.

"I don't think this means now suddenly we're back to 'fire and fury,'" Delury said, quoting the phrase Trump used last year to warn of a possible military strike against the communist regime.

Euan Graham, a former senior British diplomat and director of the international security program at the Lowy Institute in Sydney, thinks that the prospects for a summit now look remote, noting that the diplomatic efforts of the past couple of months have highlighted the gap between the two sides over North Korea's nuclear weapons program.

"Why would the North Koreans come back and offer nuclear disarmament later when they are not prepared to do that now?" he said.

Who gains or loses from the cancellation?

"President Moon Jae-in must be very angry. He wasn't informed, even though he was in Washington, he had no idea that this was going to be sent," Graham said.

It is also a blow to Moon's policy of engaging North Korea. "North Koreans used South Korea to get to the U.S., but they are not interested in engaging with South Korea alone."

The cancellation could be a win for the North and a loss for the U.S., Graham added, especially because it came after Pyongyang said it had begun dismantling its nuclear test site on Thursday. "This will allow North Korea to say, 'We acted in good faith and it was the U.S. that walked away.' They claim a moral victory from this," Graham said.

China could also come out as a winner, Delury said.

"Going forward, China can play a constructive role, especially now that Singapore is off," Delury said, noting that relations between China and North Korea have been somewhat chilly since Kim inherited the leadership from his father, Kim Jong Il, who died in 2011.

"Beijing has re-established a channel with Pyongyang and [China's President] Xi Jinping could probably be hopeful [about] getting the diplomatic process back on track."

Okonogi has a different view and thinks that Pyongyang is the loser. "Trump's letter may be his way of getting a better deal," he argued, pointing to the possibility of more concessions by Pyongyang. 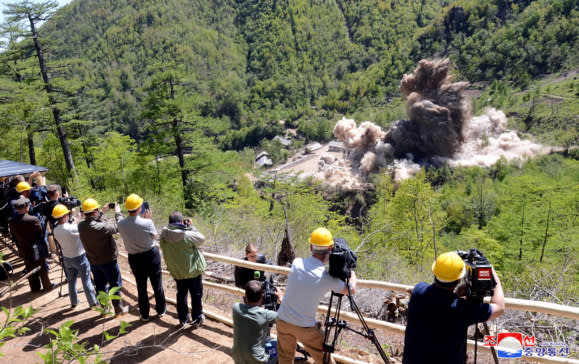 Obervers look on as explosives are detonated at North Korea's nuclear test center in this undated photo released by North Korea's Korean Central News Agency on May 24.   © Reuters

What will be the fate of denuclearization?

The experts are unanimous that it will remain a challenge, regardless of the summit issue.

Okonogi said that North Korea already has a nuclear weapons capability and the dismantling of the test site in Punggye-ri will do little to affect the weapons program.

Delury stressed that North Korea does not want to give up its nuclear weapons program. "The question is, whether we can create conditions where it makes sense for them to progressively give it up."

Graham believes the situation could get worse without a summit.

North Korea will continue to improve its nuclear arsenal and ballistic missiles, even in the absence of large-scale tests, he said. It can perform subcritical nuclear tests and may have a secondary test site, or enough data to refine the designs of its weapons, Graham added.

"They have conducted six nuclear tests. That's the same number India has conducted, and nobody doubts India is a capable nuclear power now," he pointed out.

"The situation is not standing still. The U.S. cannot afford to ignore this."