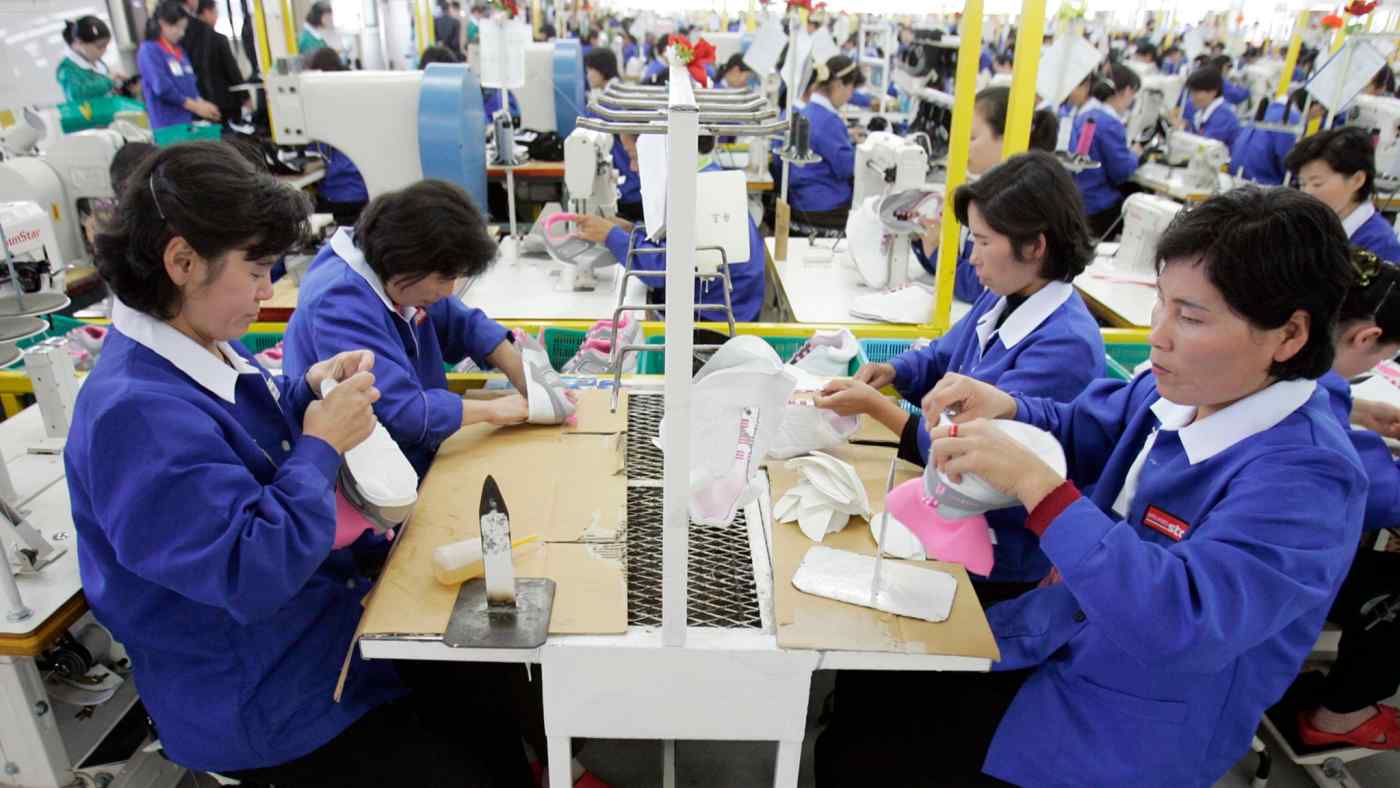 North Korean workers make shoes for a South Korean company inside Kaesong industrial complex back in 2007. The park has since been shut down over cooling relations between the two Koreas.   © Reuters
KENICHI YAMADA, Nikkei staff writerJune 5, 2018 04:58 JST | South Korea
CopyCopied

SEOUL -- South Korean companies have begun to explore potential business opportunities in the North in light of the recent diplomatic thaw that has raised expectations for the eventual lifting of the United Nations sanctions against Pyongyang.

Lotte launched a task force on Friday to identify possible investment targets in North Korea. The team is made up of eight executives from the group's food, hotel, logistics and chemical businesses.

The company said it will use its knowledge and experience to pursue economic cooperation with China, North Korea and Russia, as well as in humanitarian assistance.

Moon and North Korean leader Kim Jong Un signed the Panmunjom Declaration at their April 27 summit. Among other things, they pledged to modernize roads and railways to create transportation infrastructure that runs the length of the Korean Peninsula, from the North's border with Russia to the southern coast, as well as between Seoul and Sinuiju, near the North's border with China. Lotte believes China and Russia will play a key role in North Korea's development.

Lotte supplied snacks and beverages to the Kaesong industrial complex, the crown jewel of economic cooperation between the two Koreas, between 2002 and 2014. It bought a South Korean logistics provider with experience operating at the complex in 2015, and even considered building a snack factory in Pyongyang with a North Korean partner.

The April summit has renewed hopes for inter-Korean economic cooperation, prompting other South Korean companies that took part in joint projects in the 2000s to set up similar task forces. They are intent on cashing in on business opportunities once sanctions on the North are eased or removed. Telecommunications company KT is considering helping the North bolster its communications infrastructure, while Hyundai Asan is hoping to reopen the Mount Kumgang resort that the two Koreas jointly built. 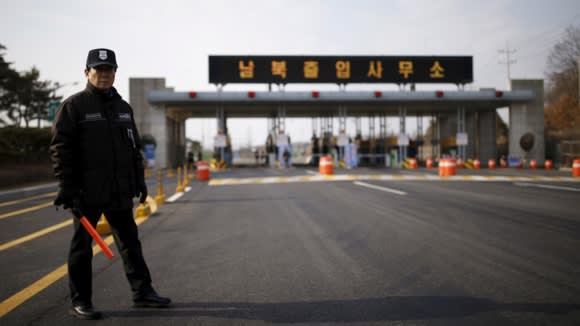 A South Korean guard stands at an empty road to the Kaesong industrial complex in February 2016.   © Reuters

But it is unclear whether such projects would be profitable. According to one executive whose company operated a TV plant in the North in the 2000s, "production costs were several times higher there than at our South Korean plants."

Wages were low but transportation was expensive, and efforts to boost the plant's productivity yielded little results, the executive said. The plant lost money.

Investing in North Korea "was largely a political move designed to demonstrate a thaw between the North and the South, and I personally do not want to make TVs there anymore," the executive said. Any South Korean company trying to do business in the North will likely face a challenge convincing shareholders.